Many insect pollinator species are disappearing from areas of Great Britain, a new study has found.

The research, led by the Centre for Ecology & Hydrology, measured the presence of 353 wild bee and hoverfly species across the country, from 1980 to 2013. It showed one third of species experienced declines in terms of areas in which they were found, while one tenth increased. For the remainder of species, their distribution was either stable or the trend was inconclusive.

A positive but unexpected finding of the study was the increase in key bee species responsible for pollinating flowering crops, such as oil-seed rape. This could be in response to the large increases of mass-flowering crops grown during the study period and government-subsidised schemes that encourage farmers to plant more of the wildflowers they feed on.

The research, published in the journal Nature Communications, also showed that on average, the geographic range of bee and hoverfly species declined by a quarter. This is equivalent to a net loss of 11 species from each 1km square.

Overall losses were more notable for pollinator species found in northern Britain. This may be a result of climate change, with species that prefer cooler temperatures reducing their geographical spread in response to less climatically suitable landscapes.

Dr Gary Powney of the Centre for Ecology & Hydrology, who led the research, says: “We used cutting-edge statistical methods to analyse a vast number of species observations, revealing widespread differences in distribution change across pollinating insects. There is no one single cause for these differences, but habitat loss is a likely key driver of the declines.

“While the increase in key crop pollinators is good news, they are still a relatively small group of species. Therefore, with species having declined overall, it would be risky to rely on this group to support the long-term food security for our country. If anything happens to them in the future there will be fewer other species to ‘step up’ and fulfil the essential role of crop pollination."

He adds: “Non-crop pollinators are also vital for a healthy countryside rich in biodiversity; not only because of their crucial role in pollinating wildflowers, but as a key food resource for other wildlife.”

Dr Claire Carvell of the Centre for Ecology & Hydrology, a co-author of the study, points out there are multiple environmental pressures leading to changing patterns of occurrence in bees and hoverflies across the country.

She says: “There is an urgent need for more robust data on the patterns and causes of pollinator declines. While this analysis sends us a warning, the findings support previous studies suggesting that conservation actions, such as wildlife-friendly farming and gardening, can have a lasting, positive impact on wild pollinators in rural and urban landscapes. However, these need further refining to benefit a wider range of species.”

Members of the public who wish to get involved in recording insect pollinators in their local area can find out more on the UK Pollinator Monitoring Scheme website.

The Centre for Ecology & Hydrology issued a press release for the launch of the new paper.

Over 700,000 records were analysed for this study. Most were collected by expert naturalists in the Bees, Wasps and Ants Recording Society (BWARS) and the UK Hoverfly Recording Scheme, in more than 19,000 1km by 1km squares across Great Britain. It’s thought to be the first study of its kind, since there have been no previous large-scale, long-term, species-specific estimates of distribution change for pollinating insects in Britain. 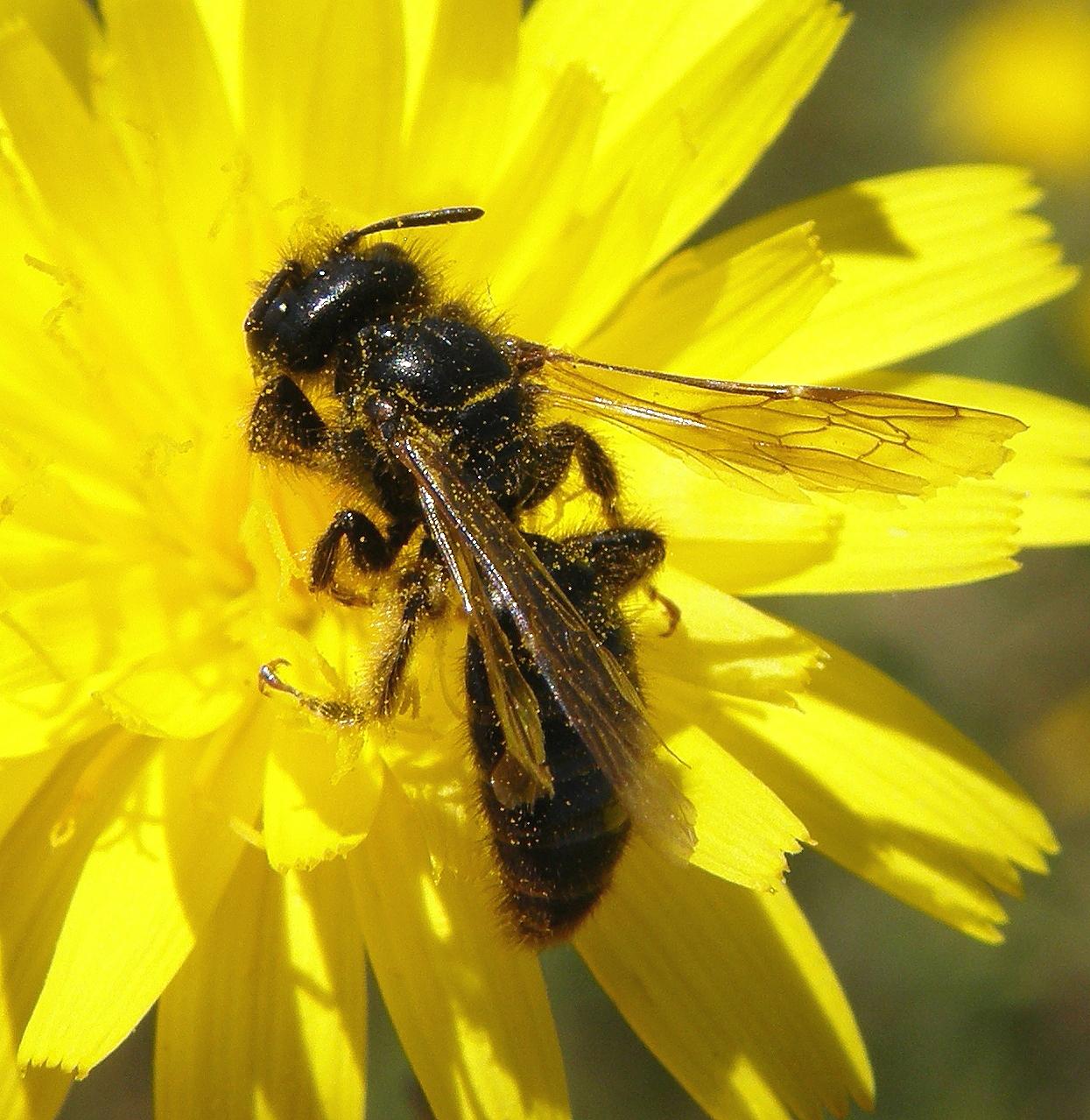 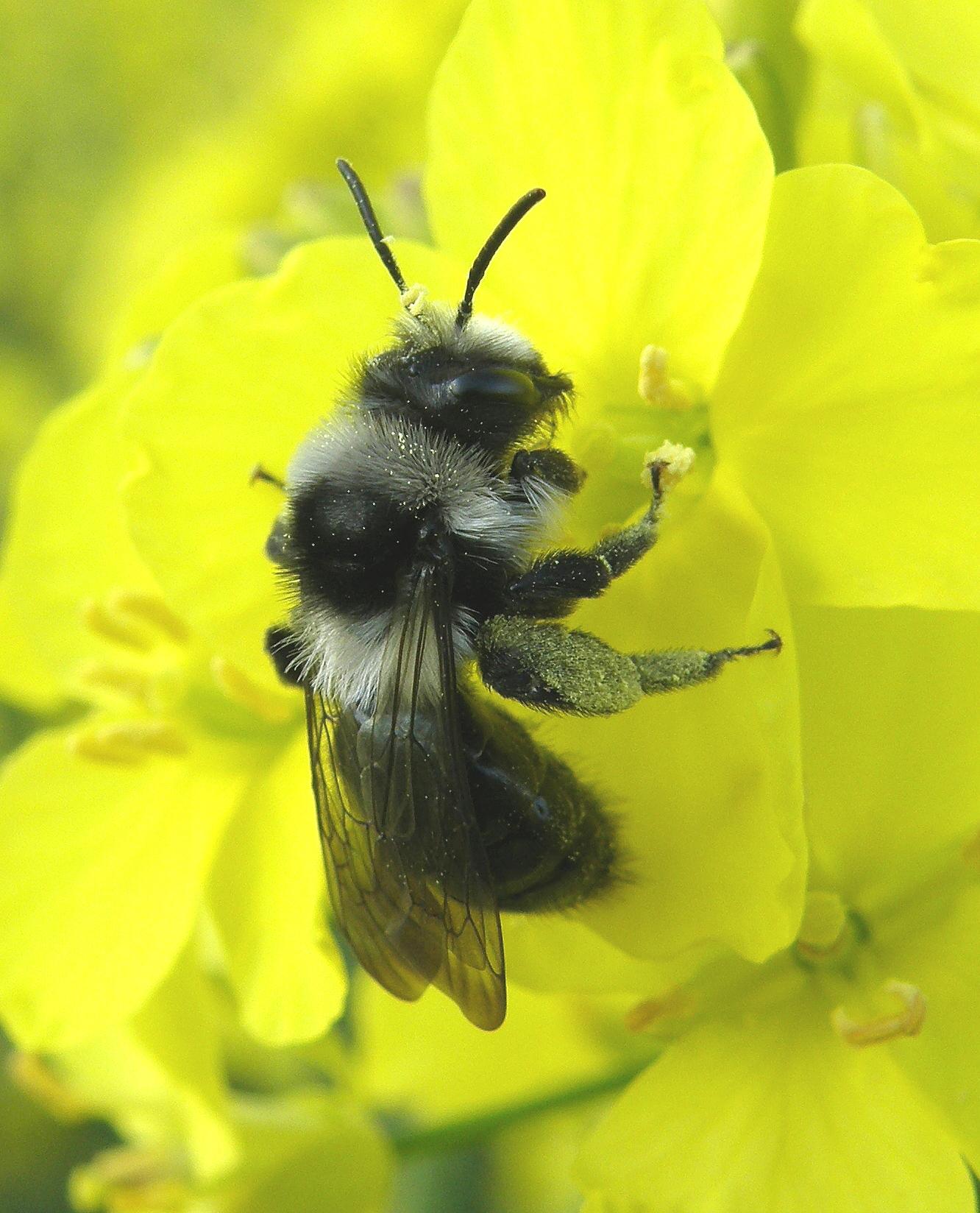