Four scientists at the UK Centre for Ecology & Hydrology (UKCEH) have been named on the Highly Cited Researchers 2020 list.

Names on the list, produced by analytics company Clarivate, are drawn from papers that rank in the top 1 per cent by citations for scientific field and publication year, demonstrating significant research influence among their peers. In total, more than 6,000 researchers from 1,250 institutions in around 60 countries have been recognised.

Dr Huntingford, who is included in the Geosciences field, says: “Researching how the Earth system operates and responds to rising levels of greenhouse gases is rewarding scientifically, and supports governments in how best to deal with emerging climate change. While I am delighted to be on the highly cited list, I cannot stress enough that this award is due to the remarkable team effort by those building environmental datasets and climate computer models, without which our knowledge base would be extremely weak.”

While I am delighted to be on the highly cited list, I cannot stress enough that this award is due to remarkable team effort - Dr Chris Huntingford

Dr Griffiths’s cross-field research focuses on the ecology of microbes, which are vital for soil and plant health, and regulate climate through their roles in greenhouse gas cycling.

He says: “The highly cited papers, which consider microbes’ biodiversity, function and sensitivity to environmental change, arise from numerous internal and external collaborations. They also rely fundamentally on UKCEH's molecular biology expertise, which has been essential to studying these elusive and globally important organisms.”

Senior Citation Analyst David Pendlebury of the Institute for Scientific Information at Clarivate, says: “In the race for knowledge, it is human capital that is fundamental and this list identifies and celebrates exceptional individual researchers who are having a great impact on the research community as measured by the rate at which their work is being cited by others.” 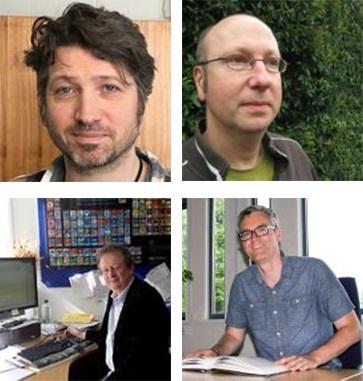