July 2018 Hydrological Summary for the UK

July 2018 was notable for extended periods of hot, sunny and dry weather across the UK. It was the third hottest July in the Central England Temperature series (from 1659). For the summer so far (June-July), it was the third driest and second hottest for England and Wales in a series from 1910. For the UK as a whole, July soil moisture deficits were the third highest in a series from 1961.

Exceptionally low river flows were registered in western areas and parts of Scotland, with new July minima established in some catchments. Elsewhere, July mean flows were generally low to notably low and many catchments recorded less than a third of the July average. Groundwater levels generally remained in the normal range.

Some impoundments in north-west England and Wales were 20% (or more) below the July average, and overall stocks for England and Wales were the joint second lowest for late July in a series from 1990, approaching the July minimum from 1995. Water use restrictions were lifted in Northern Ireland on July 19th and planned restrictions for August in north-east England were cancelled. However, reservoir stocks remained substantially below average in northern and western areas, and river flows in responsive catchments were notably to exceptionally low, causing continued environmental stress. 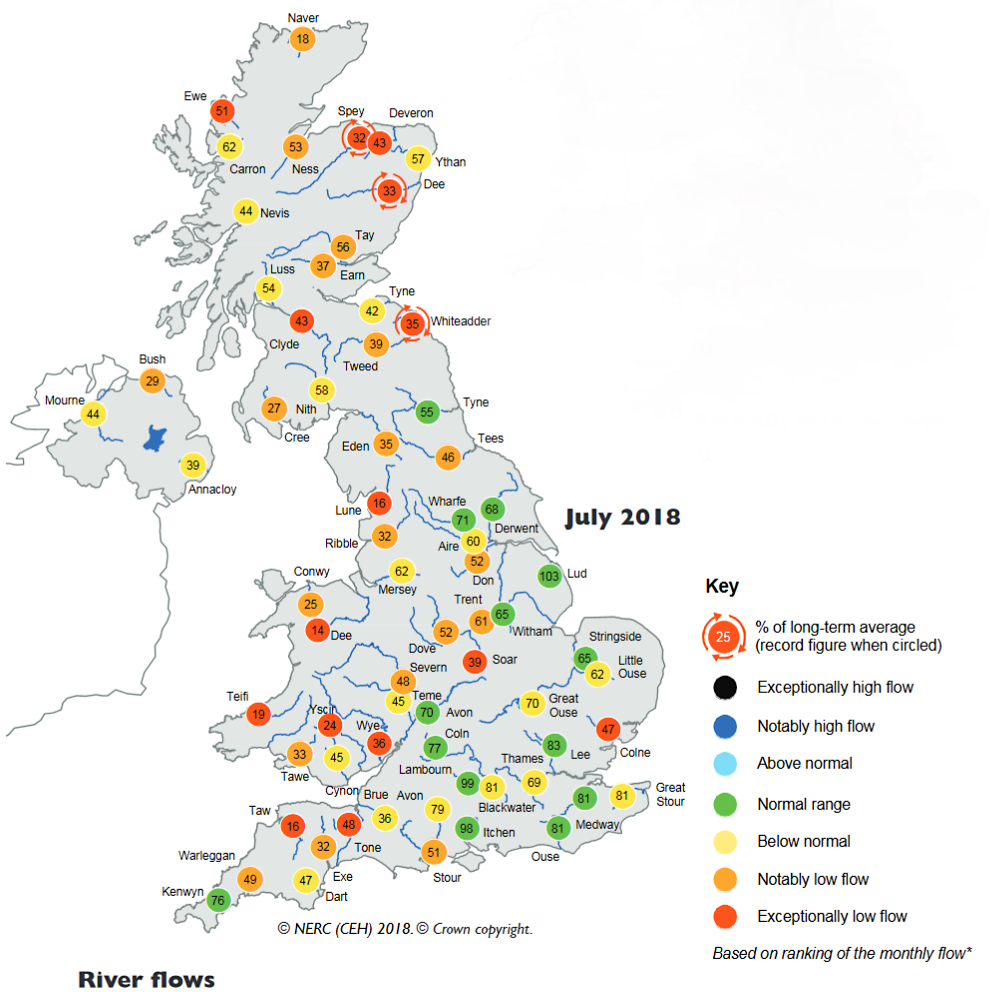 Summary author Lucy Barker, from the Centre for Ecology & Hydrology, said, "The water resources outlook for the remainder of 2018 is dependent on the replenishment of surface water resources which will be determined by the timing and magnitude of autumn/winter rainfall."

The monthly summary is a look back at hydrological events occurring in July 2018. Latest information on flood warnings is provided by the Environment Agency, Natural Resources Wales and Scottish Environment Protection Agency (flood warnings for Northern Ireland are not available).