There has been a flurry of news items on ladybirds in recent weeks. Much of the focus has been on the harlequin ladybird and the way in which this species moves into houses for the winter months.

Autumn and winter can be an adverse time for ladybirds (and other insects) because of low temperatures and lack of food; ladybirds become dormant.

Another common theme of the recent news coverage has been concern about a sexually transmitted disease which ladybirds can carry. All ladybirds carry parasites and diseases. They can't be transferred to humans or in most cases even other beetles.

We have shown that harlequin ladybirds are more resistant to some parasites and pathogens than native ladybirds. All this has been possible because of people submitting records to the UK Ladybird Survey. Utterly incredible. 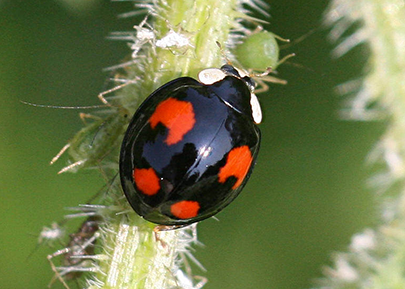 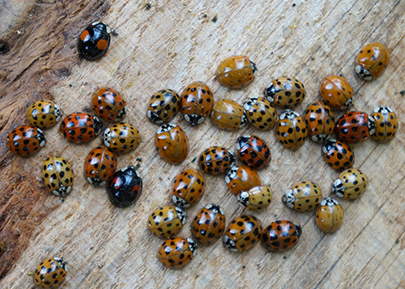 Perhaps one of the most surprising features of harlequin ladybirds, and one that often causes confusion in identification, is the variation in colour of the wing cases. Most harlequin ladybirds are orange-red with black spots but some are black with red spots. They are all the same species. The bright colours of ladybirds are thought to be warning predators that they are not appetising because they contain a cocktail of foul tasting chemicals. Such warning colouration is called aposematism. From an evolutionary perspective all aposematic ladybirds should look the same and thereby give a consistent warning message to potential predators; the variation in colour pattern presents a conundrum. 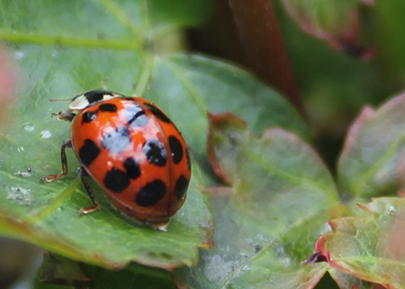 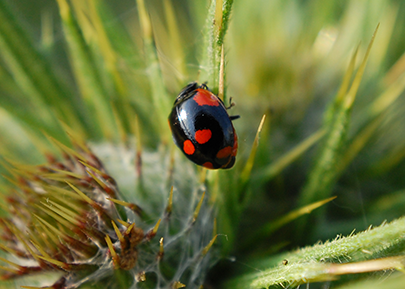 There are a number of theories as to why ladybirds are so pattern-variable but there is still so much to be revealed. The answer is not simple and it is exciting to think that there is so much yet to discover for this popular group of insects.

Ladybirds in your home

As winter draws in, please continue to send us your records of ladybird sightings as these are valuable for our continued research. If they have entered your homes in large numbers we encourage you not to harm them - native and non-native species can be easily confused. Perhaps gather them gently into a box and put them in an outbuilding if they are in the way but, otherwise, just leave them where they are if possible.

Perhaps gather them gently into a box and put them in an outbuilding if they are in the way but otherwise just leave them where they are if possible. 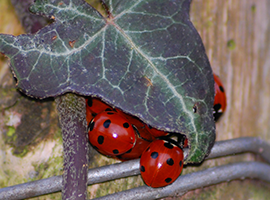