The UK Lakes Portal was launched in March 2016 to showcase the wealth of physical and environmental data that’s been collected on lakes across the UK, helping to make it easily accessible to the public. Since then, the portal has gone from strength to strength, and it’s really exciting to be able to publish a major update, after working together with other institutions and projects to bring some really great new features.

One of the key components of the Portal is that it allows you to query the National Biodiversity Network (NBN) for every lake, showing the flora and fauna that’s been recorded there. With the release of the new NBN Atlas, we needed to do some work to ensure the Portal continued to connect to this vast biological data resource. With the help of Gemma Nash at CEH and Sophia Ratcliffe and Reuben Roberts at the NBN, we have re-established and improved this link, allowing the portal to query more than 200 million biodiversity records in the Atlas - for any lake, just click on the 'Biology' tab to get started.

The Portal is a central hub for lake data, and includes outputs from projects that use the underlying data from the portal for their research. In this new version, we have released a couple of major outputs from the NERC-funded Hydroscape project, providing additional land cover information for all lakes over one hectare (LCM2007) and a range of connectivity metrics used as a fundamental part of this four-year project. We're looking at expanding this service and including more project outputs in the future - watch this space!

One of the great things about freshwater science is the wealth of historical research available, with one of my favourite resources being the 562 bathymetric surveys undertaken by Murray and Pullar. The resulting maps are still an incredibly valuable resource into what lies beneath many Scottish lochs and, by working together with the National Library for Scotland, we have linked the portal and maps together allowing people to easily navigate between the two resources. This set of maps is one of my all-time favourites, so I'm particularly pleased with this development. 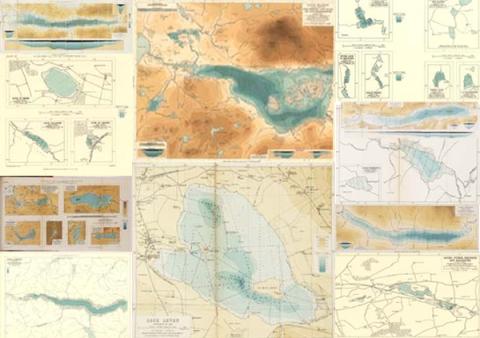 Image: A selection Murray and Pullar bathymetric maps.
[reproduced with the permission of the National Library of Scotland]

The database behind the Portal is constantly being updated and improved, and all the recent changes are reflected in this release. This includes nearly 2,000 lake names that have been crowdsourced using the Name-That-Lake! website, which has been rolled out to schools as well as being demonstrated at NERC UnEarthed in 2017. Improved spatial data, quality assurance of lake attributes and suggested corrections from public feedback have also been incorporated into this extensive new release.

Image: Exploring some of the new features in the UK Lakes Portal.

Version 2 marks a major revision for the web portal, but we are constantly updating the database behind the scenes. One of the main things planned for the coming months is to integrate the Freshwater Species List into our NBN Atlas queries, allowing users to exclusively search for species connected to freshwater habitats. So have a look around the new UK Lakes Portal and please feel free to get in touch with Philip Taylor if you have any feedback or suggestions. In the meantime, I'll keep exploring the data myself... 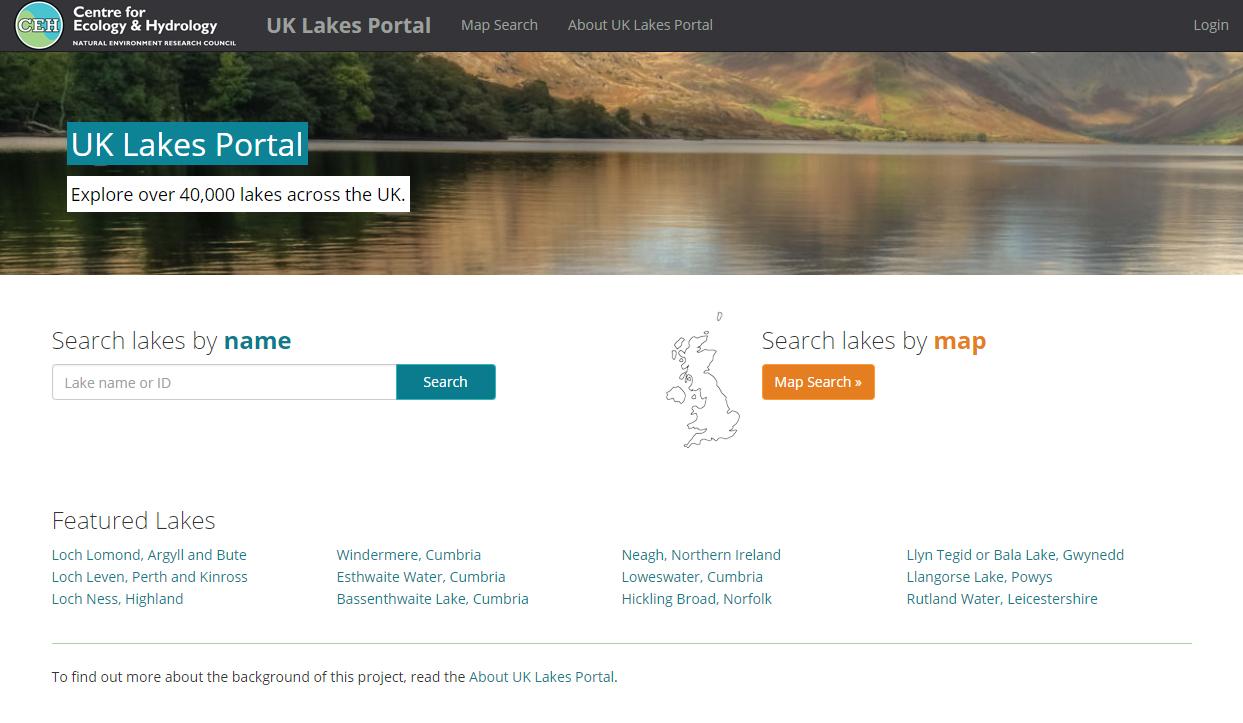