Christmas is approaching quickly – it’s the week of 26th-30th November 2018 already and we want to sample as many sites this year as possible. Though, wind, rain and snow might soon stop our efforts... However, this week we’re lucky! The Russian cold wave from last week passed and no other meteorological catastrophe is in sight (yet).

The permission to sample in Alice Holt forest is granted and the privately owned grassland is also free to be sampled. Well, I might have been a bit too enthusiastic there: apparently, the area is of interest to archaeologists! After a bit of internet research we learn that Alice Holt Forest is known for kiln pottery. Our sampling site is just on the boundary of the area of interest.

Today, it was a stunning 8°C with almost no rain. It wasn’t too windy, which provided the opportunity to fly a little drone across our woodland/grassland transect. We managed to take 13 one-metre cores in one day. Each of these was closely investigated in case we might have captured some Roman pottery or pottery ash. No luck so far. Closer investigation of the cores may reveal something different – it will be interesting!

Even without finding any Roman artefacts, the soil cores looked very interesting: There was an upper soil layer of 0-30 cm depth that was the plough layer of the grassland. Underneath was a distinct layer of stones intermixed with yellow soil, and underneath this was a solid layer of heavy clay. Quite a mixture of variety in these cores! And these are just the obvious and visual soil properties.

"Quite a mixture of variety in these cores! And these are just the obvious and visual soil properties." 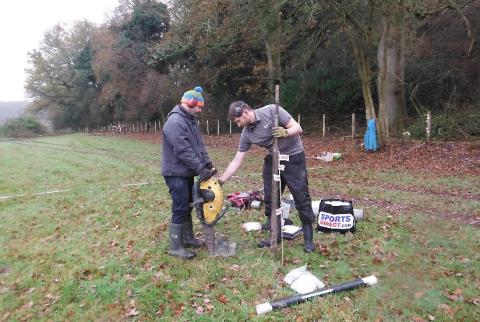 Above: Extracting soil from the grassland site.

There is also a more hidden influence on the soil: next to the forest runs the very busy A325. The impacts that cars can have on nearby ecosystems are immense, one example being atmospheric nitrogen deposition. The part of the forest closest to the road is exposed to more nitrogen than the forest further away, as is the grassland on the other side of the forest. Our transect approach will hopefully allow us to filter out the effect of the road on trees and soil biochemical (and maybe even physical) properties. It will get interesting on many levels!

Many thanks go to Forest Research and the very friendly landowners of the grassland. Without their quick responses and help, our visit would not have been possible this year. 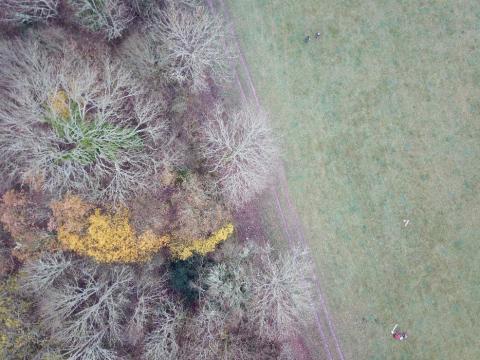 Above: Photograph from the drone showing grassland-woodland transition

More updates from the SOC-D project, a component of the UK-SCAPE research programme, will follow soon. See our first post here. 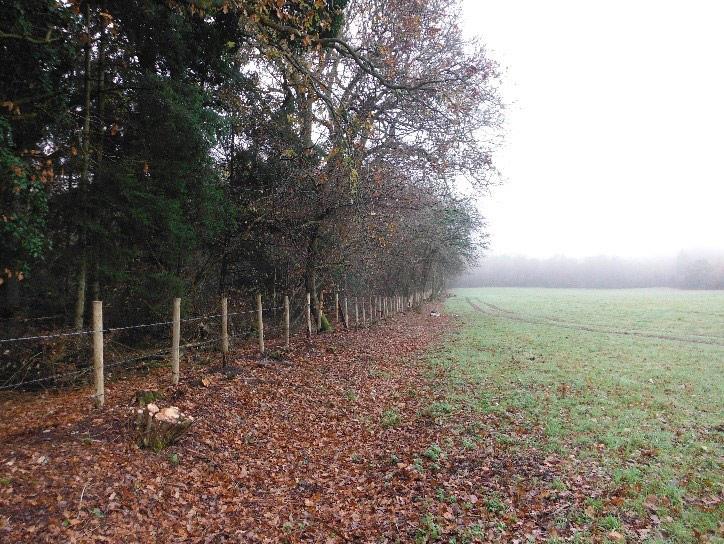 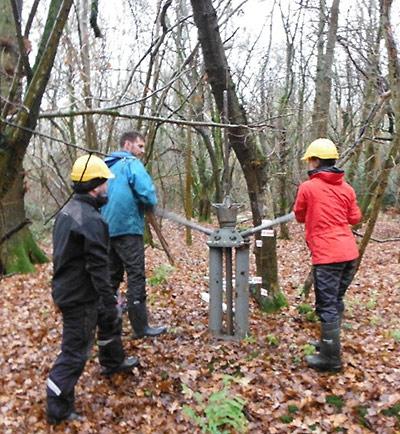