Plants in the UK remove £1billion worth of air pollution

As the government announces a plan to ban petrol and diesel cars by 2040, CEH has just completed a study showing that plants in the UK remove 1.4 million tonnes of air pollution, which save £1 billion in avoided health costs. The CEH study was led by Laurence Jones and funded by the Office of National Statistics. Laurence tells us more about the work, which was published this week:

We looked at the role of woodland, grassland, moorland and crops in removing a suite of air pollutants which are known to have substantial impacts on human health.

Most damaging is PM2.5 (fine particulate matter smaller than 2.5 micrometres in diameter, less than a tenth of a human hair), but the study also looked at nitrogen dioxide, ground level ozone, and sulphur dioxide. Our report has just been published by the Office of National Statistics, and some of the results are also published in the Ecosystem Accounts for freshwater, farmland and woodland released this week.

The health benefits are substantial, with estimated avoided health costs of £1 billion in 2015, the majority of this is from removal of PM2.5. The study estimated 5,800 fewer respiratory hospital admissions, 1,300 fewer cardiovascular hospital admissions, 27,000 fewer Life Years Lost, and 1,900 fewer premature deaths.

CEH worked with the environmental and health economics consultancies eftec and EMRC, to estimate the health benefits of removing each pollutant and calculate the economic value. The main health impacts originate from respiratory and cardiovascular health effects, and deaths. Air pollution reduces overall life expectancy in healthy individuals, but in combination with other existing health conditions can also cause early death. 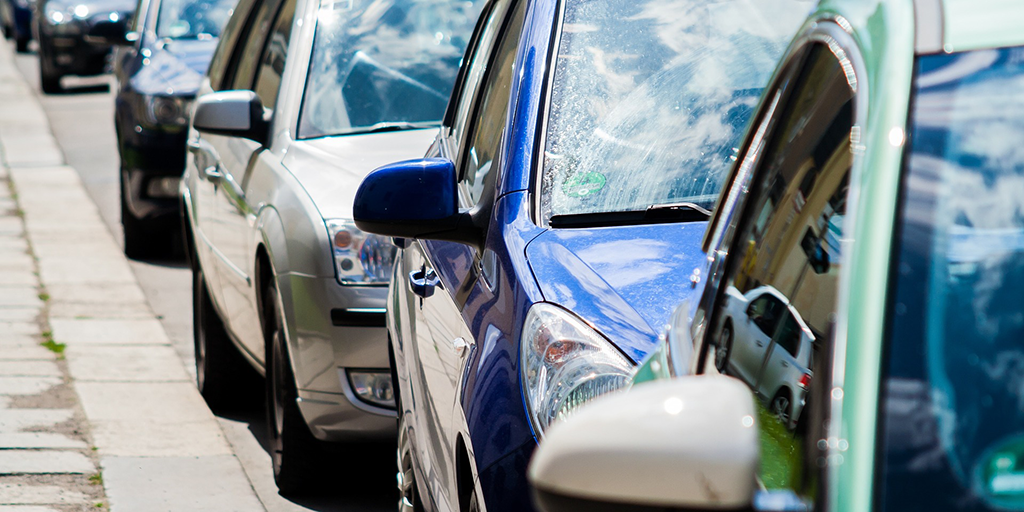 Image: Emissions from vehicles are a major contributor to ambient air pollution. They release nitrogen dioxides and fine particles, leading to local pollution especially in urban areas. Other sources contributing to PM2.5 concentrations can be far away, however, as discussed here.

Laurence explains, "Previous studies have assumed that people only benefit from the pollution removed by vegetation in their immediate area. Our work has shown that plants are removing pollutants right across the UK and this overall reduction in the levels of pollutants leads to a substantial health benefit. The benefits are greater in urban areas because that is where most people live."

"Our work has shown that plants are removing pollutants right across the UK and this overall reduction in the levels of pollutants leads to a substantial health benefit. The benefits are greater in urban areas because that is where most people live." Laurence Jones, Centre for Ecology & Hydrology

CEH staff Massimo Vieno, Eiko Nemitz, Stefan Reis and Ed Carnell used an atmospheric pollution transport model EMEP4UK which accounts for the interactions of air pollution with vegetation. This is a major improvement on methods used previously as it takes into account atmospheric chemistry interactions with other pollutants and with the weather, as well as the transport of pollutants across the UK. 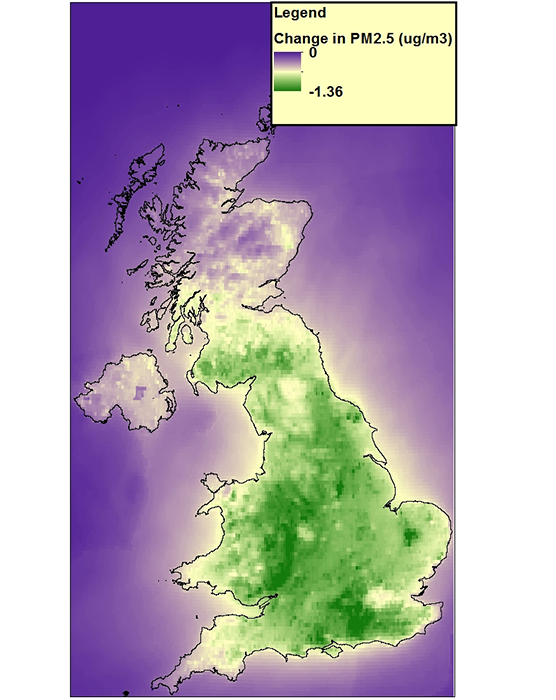 Image: Map of estimated reduction in the levels of PM2.5 due to UK vegetation in 2015 (change in concentration, µg/m3)

Plants remove air pollution by providing a large surface area for particulate matter to settle on, and by active uptake of gases into the leaves or chemical reactions with the leaf surface. Collectively these processes are called ‘dry deposition’. The amount of pollution a plant can remove depends partly on its leaf area and size, but also varies greatly depending on the weather, the time of year (for deciduous species which drop their leaves in winter), and on the other pollutants present in the atmosphere.

See the report here: Developing estimates for the valuation of air pollution in ecosystem accounts