Each year it seems spring arrives earlier and there is much evidence to back this up, but what impact is that having on summer soil moisture and temperatures?

Climate change is believed to be making plants grow sooner each year and the extra ‘greening’ can be seen from satellite measurements. However, a new study led by Peking University, and co-authored by UK Centre for Ecology & Hydrology’s climate modeller, Prof Chris Huntingford, finds that this may have a significant downside. Chris explains…

Higher temperatures, combined with raised levels of carbon dioxide, mean that plants are growing more, and growing sooner in springtime. With more greening comes an increased movement of water from soils to the atmosphere through more transpiration. There might be an expectation that the extra water placed in the atmosphere would be returned to the land as larger amounts of rain. This additional rain would therefore keep the following summer soils topped up with water. However this doesn’t appear to be the case in many regions.

The research team wanted to take a closer look at this relationship between earlier greening and soil moisture, so we looked at data from other satellites, designed to estimate how much water there is in soils. The focus was on looking at the data for the subsequent summer months following the spring greening. Analysing the extra information, we found that when vegetation in springtime is particularly lush, such as in much of the Northern Hemisphere for example, there is a corresponding tendency for low levels of summertime soil moisture. The team nicknamed this as ‘green springs, brown summers’.

So where is the moisture going - why is it not just returned to the soil by extra rain?

In an interesting twist, the satellite measurements show that in some regions moisture feedbacks by extra rainfall do operate. This was particularly notable in parts of Siberia where it is experiencing a ‘green spring’ and also a ‘green summer’.

The hypothesis then became that for many regions, the extra moisture in the atmosphere is not always returned locally as rain, but instead is carried by wind patterns to fall as rain elsewhere. In Siberia’s case, its green summer was due to extra moisture transpired in Europe. Climate researchers sometimes call this a ‘teleconnection’, where a change in one part of the planet can impact weather features strongly elsewhere.

At this point, computer models of the climate system were used to verify the teleconnection hypothesis. Simulations were made with the land surface modelled as having both fixed levels of greenness, and changing amounts of greenness similar to those recorded. The difference between the rainfall patterns estimated by the two computer simulations show that atmospheric wind patterns do indeed carry extra moisture in the atmosphere, and away from the places it originated from in the spring.

Of concern is that the simulations also show that  where summers are drier (i.e. “browner”), the earth’s near-surface temperatures are higher. These higher temperatures, added to a background of global warming, could pose heat-related health risks to us in summer months as we’re likely to experience more frequent and intense summer heatwaves.

While this research highlights some very real concerns, what is humbling, is being reminded of how remarkably complex and interconnected Earth’s climate system is; change one part and we can often see the impact of that right across the globe. 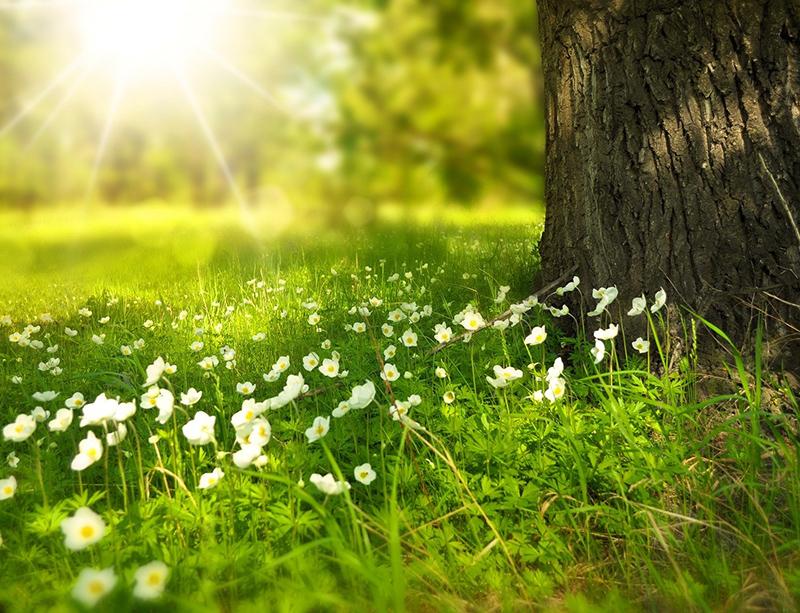