A new study has found some small mammals that were once widespread across the UK are experiencing long-term declines, demonstrating the need for immediate conservation action to support these species.

Researchers from the Mammal Society, the University of Sussex and the UK Centre for Ecology & Hydrology estimated the long-term change in the distribution of mammal species in the UK, based on advanced statistical analysis of records from the past five decades.

The study, published in the journal Biological Conservation, found the proportion of sites where some mammals, such as bats and deer, were present had increased. However, the researchers say there is now ‘high concern’ over small mammals such as weasels, stoats, voles and shrews, which were previously thought not to be at risk in the UK.

UKCEH Spatial Data Analyst Dr Colin Harrower, one of the co-authors of the study, says: “Declines in occupancy are concerning because the smaller the geographical area that a species occupies, the greater the threat to its continued survival. The fact that these declines are occurring in common species, such as weasel and common shrew, and over several decades, is worrying because it suggests the threats to small mammals are widespread and persistent.”

The researchers produced ‘occupancy’ trends, which relates to the proportion of sampled 1km2 areas in the UK where a species is recorded as being present.

Overall, of the 37 UK land mammal species for which there were sufficient data to produce trends for the period 1970 and 2016, seven species were found to be decreasing in distribution, 12 were stable and 18 were increasing. There were long-term reductions in the distribution of five of the seven species of small mammals analysed.

The study’s authors say the scale of decline for the weasel, which primarily feeds on voles and mice, was enough to justify it being classified as ‘Vulnerable to extinction’ in the UK under IUCN Red List criteria. They estimated the proportion of sites where weasels were found fell from 50 per cent to less than 20 per cent between 1970 and 2016 - an average of around four cent a year.

The rate of reduction in areas occupied by the harvest mouse was estimated to have been an average of almost three per cent a year over this timeframe. The Bank vole, Field vole, stoat, Common shrew and Water shrew also experienced long-term declines, at a slightly lower rate, while the distribution of the Brown mouse and Yellow-necked mouse increased.

A report in 2018, led by the Mammal Society, said loss of habitat through development and agricultural practices, use of pesticides and road deaths are all putting pressure on species.

Professor Fiona Mathews of the University of Sussex says: “Small mammals are critical, and usually abundant, parts of natural ecosystems. They are tiny ecosystem engineers that improve the water holding capacity of our landscapes, and are vital prey for many other species including barn owls, kestrels, stoats and weasels. The disappearance of the long grass and overgrown areas they need has taken its toll.”

Dr Stephanie Wray, Chair of the Mammal Society, adds: “This is the ‘canary in the coal mine’ that tells us we need to act now to stop ecosystem collapse.” 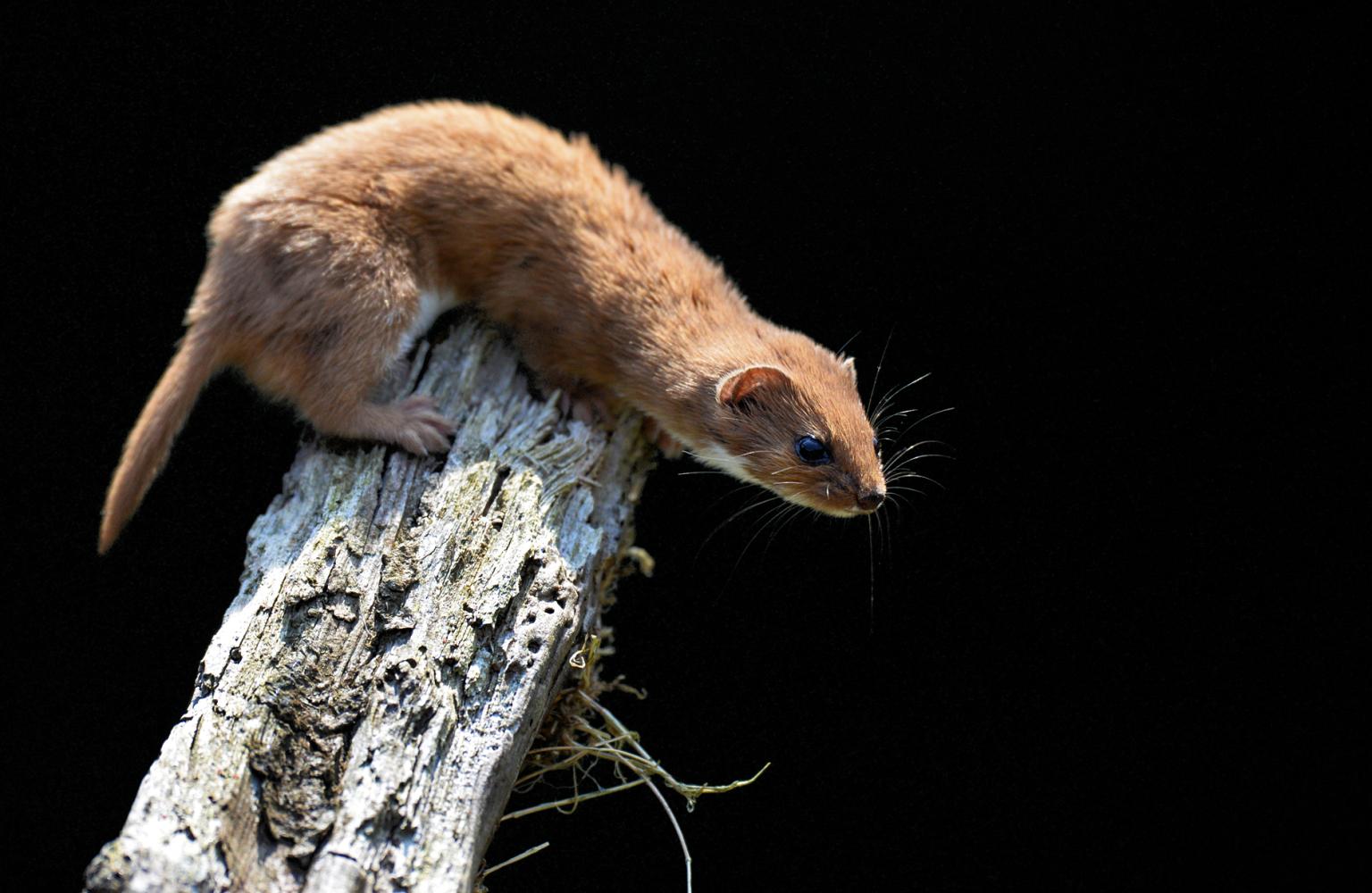 The study showed a marked decline in areas where weasels and harvest mice could be found.
Photo: Marc Baldwin 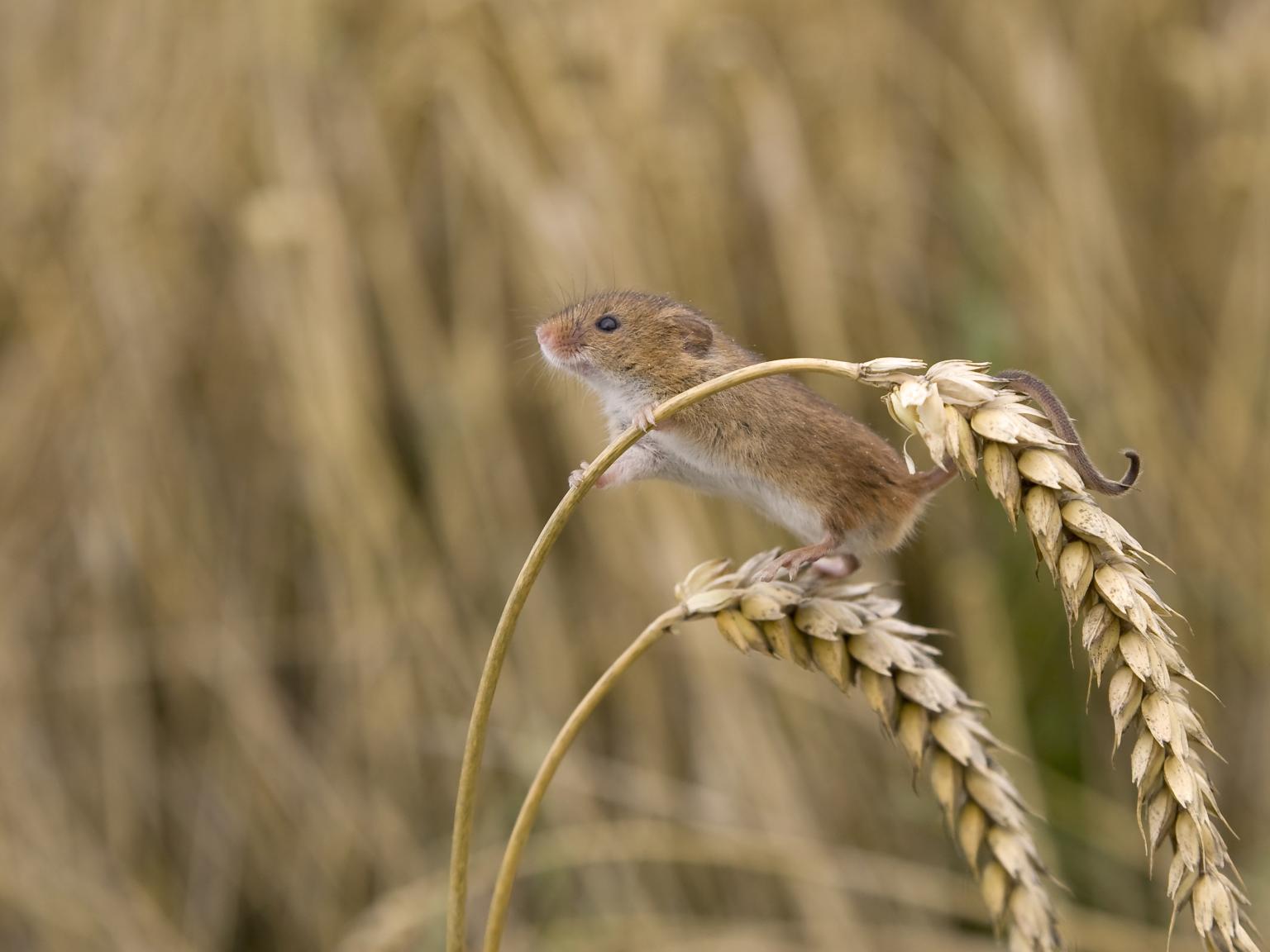