To celebrate the 50th year of the Scottish Freshwater Group, the 100th meeting on 19th - 20th April 2018, hosted at Stirling University and supported by the Scottish Government, provided an excellent opportunity to look back on achievements in freshwater science, policy and practice, and forward towards the challenges and exciting, emerging technical and theoretical innovations in this field.

This monumental occasion supported more than 30 talks and 20 posters, presented by a diversity of people at various stages on their career journey. There were plenty of opportunities for both new and long-standing SFG members to enjoy themselves, interact with and learn from each other, savour the importance of the collaborative work we do and nourish our freshwater community for many more years to come!

Theme: Celebrating 50 years of the SFG: a retrospective review and forward look at emerging freshwater science, policy and practice

Followed by the SFG social evening reception with buffet dinner and charity ceilidh.

Morning Session – The use and value of freshwaters

Details of the poster presentations

The next meeting of the Scottish Freshwater Group will be held on Thursday 25th October 2018 at the University of Stirling. 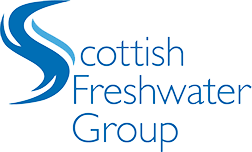