A long-term passive rewilding study has shown that natural regeneration could make a significant contribution to meeting the UK’s ambitious woodland expansion targets – potentially at no cost and within relatively short timescales.

The research, led by the UK Centre for Ecology & Hydrology (UKCEH), found natural growth due to seed dispersal by birds, mammals and wind can produce biodiverse and resilient woodland.

Woodland development can be rapid, while avoiding the cost, management and plastic tubing involved in planting schemes.

The study – published in the journal PLOS ONE – found that after just 15 years, previously bare agricultural fields became a wildlife-rich shrubland. Within 40-50 years it had progressed to native closed-canopy oak, ash and field maple, with densities of up to 390 trees per hectare.

Meeting the Government’s target to plant 30,000 hectares of woodland each year in the UK by 2025 is set to come at a high cost to the taxpayer, with schemes such as the £5.7 million ‘Northern Forest’ planned between Liverpool and Hull.

While natural regeneration relies on proximity to existing woodland or mature trees and is not suitable for all sites, the scientists involved in the study say incorporating passive rewilding into national planting targets could result in significant cost savings.

Their research has informed the Forestry Commission’s new England Woodland Creation Offer scheme (EWCO), which is offering grants to landowners for natural tree colonisation for the first time.

Dr Richard Broughton of UKCEH, who led the study, says: “Biodiversity-rich woodland that is resilient to drought and reduces disease risk can be created without any input from us. Our study provides essential evidence that passive rewilding has the potential to expand native woodland habitat at no cost and within relatively short timescales.

“Natural colonisation could play a significant role in helping to meet the UK’s ambitious targets for woodland creation, as well as nature recovery and net zero greenhouse gas emissions by 2050. It is an effective option for expanding woodland in many places without the costs of planting, the disease risk of transporting nursery-grown saplings, or using plastic tree tubes that are unsightly and pollute the environment.”

Dr Broughton says the research also highlights the crucial role of natural seed dispersers such as wind, mammals and birds – especially jays, which are commonly regarded as pests by landowners and are persecuted for their predation of other birds. “The huge benefits that jays provide in natural colonisation by dispersing tree seeds, especially acorns, helps to create more woodland habitat for all wildlife and far outweighs any impact of predation,” he adds.

The study was carried out by scientists from UKCEH as well as Bournemouth University; the Polish Academy of Sciences; the Natural Resources Institute in Finland; Poznań University of Life Sciences in Poland; and the University of Cambridge.

The research team studied woodland development on two former agricultural fields over 24 and 59 years respectively – a two-hectare field of grassland abandoned in 1996 and a four-hectare barley field abandoned in 1961. The two sites are next to Monks Wood National Nature Reserve in Cambridgeshire, an ancient woodland that has been documented since 1279 AD.

The tree and shrub growth at Monks Wood has been monitored by researchers over several decades. This has included counting trees during field surveys as well as measuring vegetation heights and spatial cover using remote sensing data (Lidar laser scanning from aircraft).

Importantly, the study found the developing woodland was not hindered by herbivores such as deer and rabbits, so did not require fencing. Young trees were protected by the initial growth of bramble and thorny shrubs, giving truth to the old saying: ‘The thorn is the mother of the oak’.

The young woodland was also resilient to periods of drought in dry summers, which will be important for future woodlands coping with climate change.

The researchers liaised with Natural England and Defra during their study, including site visits and workshops. Their work is informing afforestation policies, including the England Woodland Creation Offer (EWCO), which opened for grant applications on June 9.

Media enquiries
For interviews and information, please contact Simon Williams, Media Relations Officer at UKCEH, via simwil@ceh.ac.uk or +44 (0)7920 295384. The paper, images of woodland from the two study sites at Monks Wood after 24 years and 59 years respectively, are available on request. 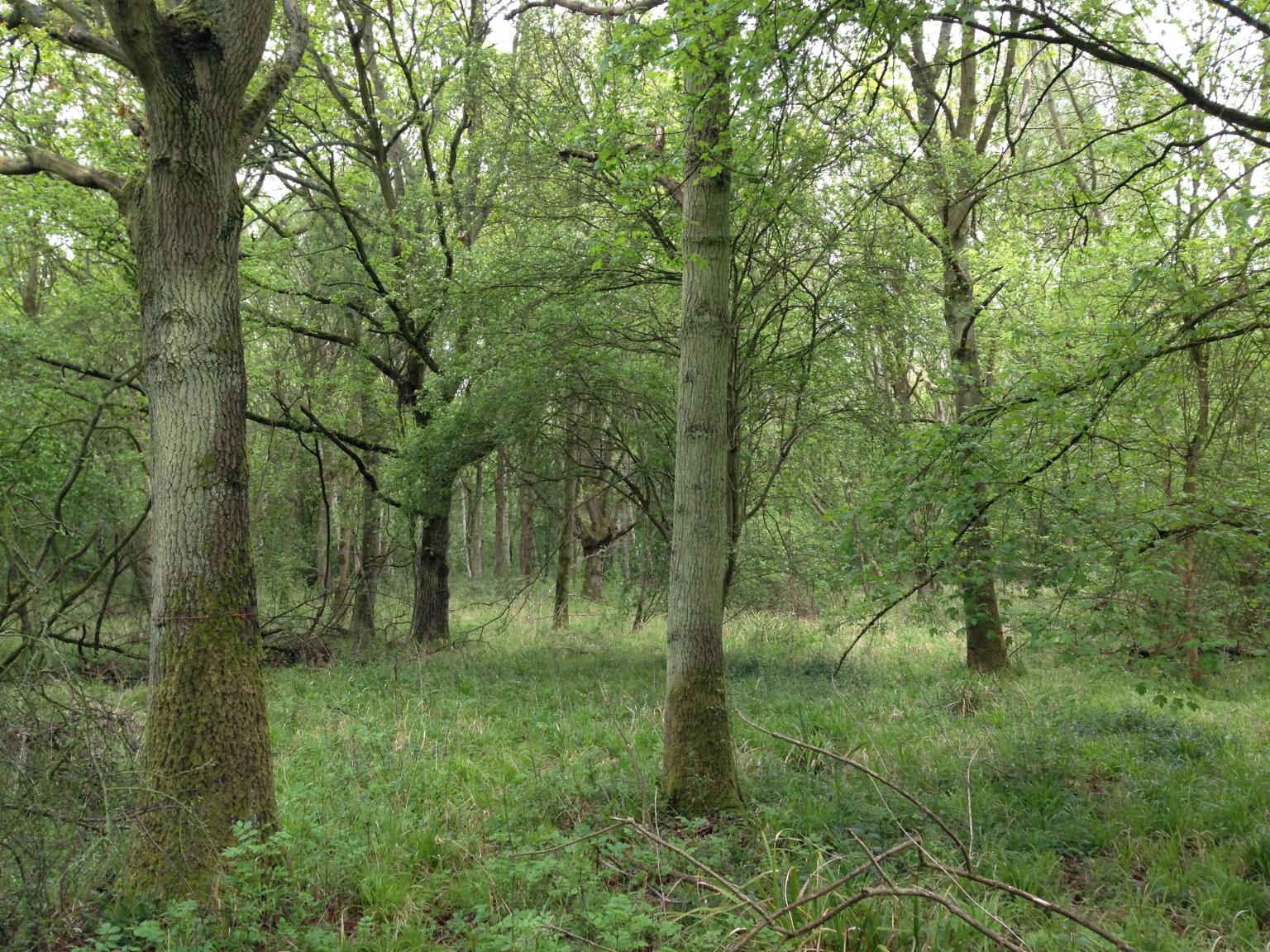 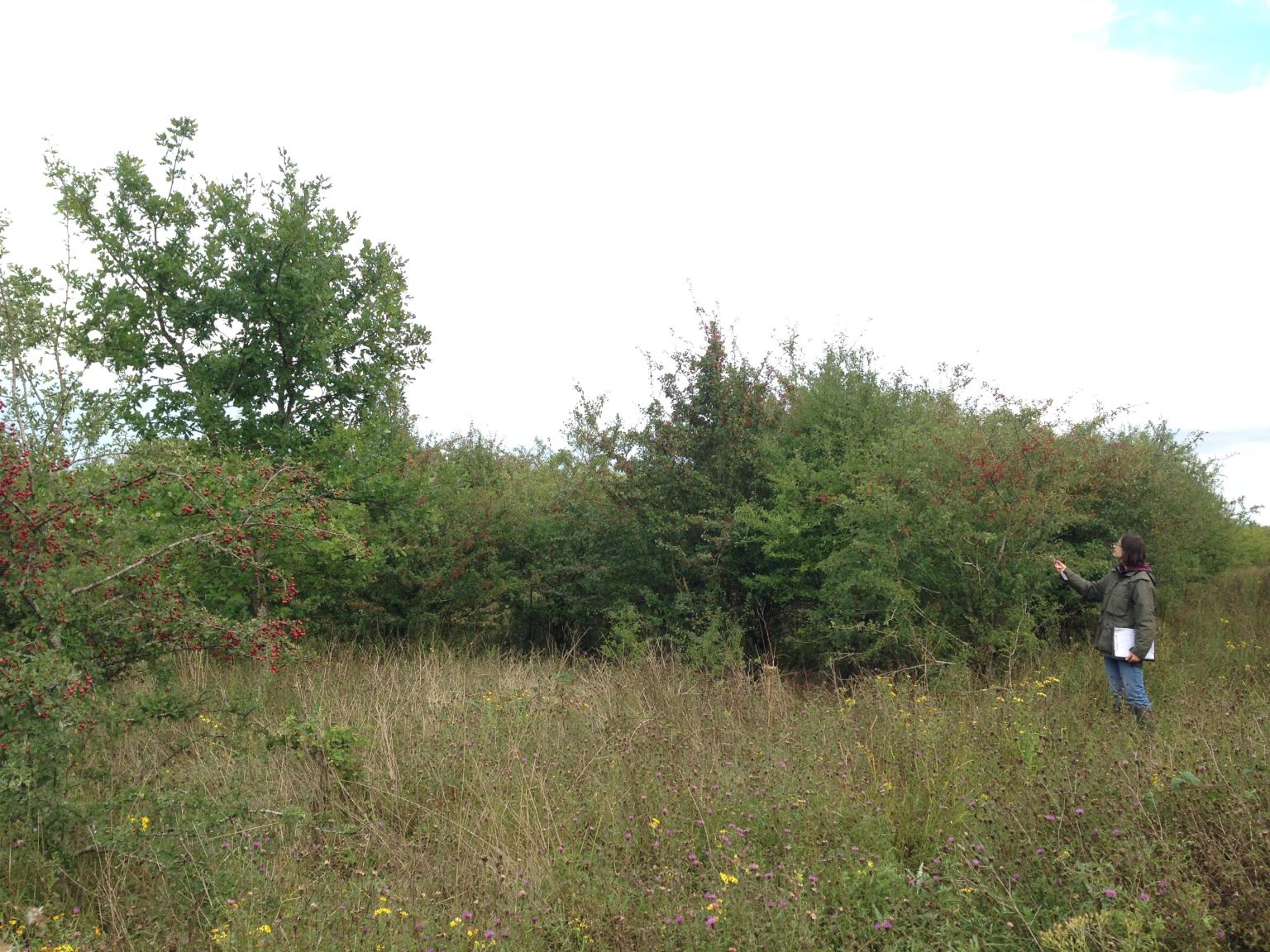 Woodland after 24 years at the second site, above and below 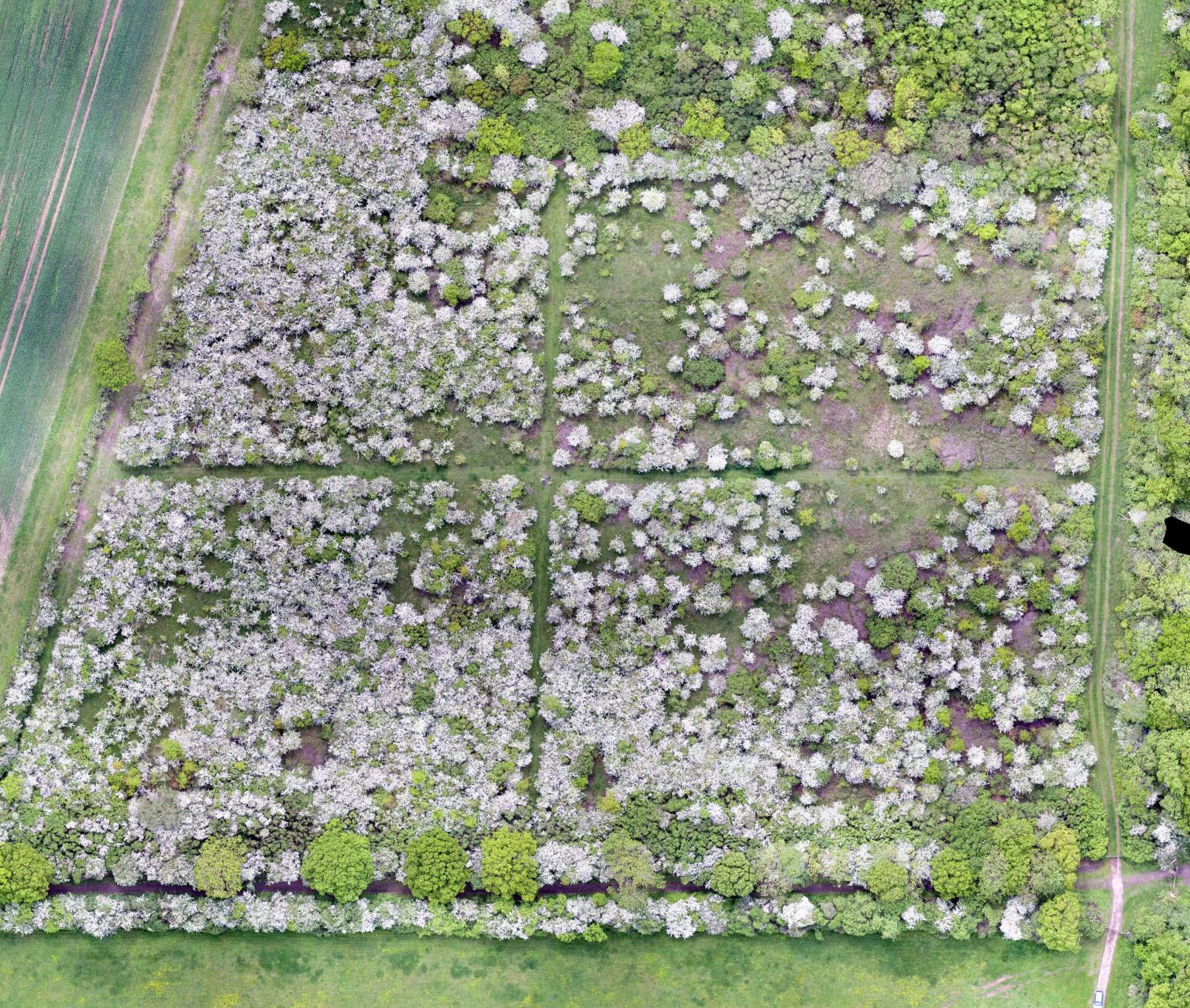