Ground-breaking scientific research will make it easier to predict the path of some of the world’s most powerful storms, enabling communities to better protect themselves from severe flooding.

Mesoscale convective systems (MCSs) are ‘megastorms’  that affect large parts of the world, including Africa, Australia, Asia and the Americas, causing human and livestock deaths plus major damage to infrastructure. They can potentially:

In Sahelian Africa, these extreme storms have tripled in frequency since the 1980s due to global warming.

Until now, it was thought that the path of these complex weather systems was largely unpredictable. However, a new study by the UK Centre for Ecology & Hydrology (UKCEH) has found that land surface conditions frequently affect the direction and intensity of megastorms after they have formed.

The research is now helping scientists to develop online tools to better forecast the path and strength of an approaching storm, which will inform alert systems for communities across Africa, providing them with up to six hours’ warning. This includes Senegal, where UKCEH is working with the national meteorological service, ANACIM, to see how useful very short-term forecasts are for local emergency responses.

The new study, published in the journal PNAS, was funded by the Department for International Development (DFID) and Natural Environment Research Council (NERC) as part of the UK aid Future Climate for Africa research programme. The researchers looked at satellite data on the activity of thousands of storms, plus land temperatures, in the Sahel for the period 2006 to 2010.

Lead author Dr Cornelia Klein of UKCEH explains: “It is well known that heat provides thunderstorms with great energy, but it was commonly thought that once they are moving, they were not affected by the state of the ground over which they travelled. However, we found that drier soils increased the intensity of an MCS mid-storm, affecting the amount of rainfall they release and also where they travel. Conversely, we found storms were often weakened over moister soils.”

“Our finding means that, for the first time, we can predict, from satellite-observed surface conditions, how these extremely large West African storms may behave when, for example, they approach a city. A more effective alert system will enable local people to take action to protect themselves as well as their homes, livestock and possessions, plus plan emergency responses.”

For the first time, we can predict how these extremely large West African storms may behave when, for example, they approach a city - Dr Cornelia Klein

Flash flooding frequently occurs during the storm season in the Sahel, peaking between June and September, and can have a serious impact, with water entering homes and people losing property and a safe, dry space to live. Flooding can also cause sewage overflow from inadequate drainage systems, posing a health risk to humans and animals.

The study’s authors say the results have important implications for ‘nowcasting’ (forecasting for several hours ahead) of severe weather not just in the Sahel, but potentially other MCS hotspot regions of the world.

Professor Chris Taylor of UKCEH, co-author of the new paper, adds: “The pattern of these megastorms is supposed to be difficult to forecast but we found a surprising level of predictability. Very dry soils influenced around half of storms in late afternoon or early evening, when they are at their peak. Further research and advances in satellite technology will increase our certainties about their movement. In decades to come, scientists will look back at this latest study as a gamechanger in the reliable forecasting of these devastating storms.”

The research is part of the UKCEH-led AMMA-2050 project, which is carrying out multidisciplinary climate research to support improved forecasting, in order to enable better decision making by town planners, farmers and communities. Comprising partners from Europe and West Africa, it is funded by DFID and NERC.

A DFID spokesperson said: "Highly destructive megastorms are becoming much more common because of climate change. They can devastate entire communities and it is the world's poorest people who are most at risk. UK aid is supporting ground-breaking research, led by British experts, to better anticipate storms so vulnerable African communities can better prepare for their impact, protecting themselves and their families, and making their economies more resilient to climate shocks."

About multidisciplinary climate research in Africa
Future Climate For Africa (FCFA) is a £20m programme funded by the UK Department for International Development and the Natural Environment Research Council. It is carrying out research into how the climate will change in Africa in the coming decades, and aims to ensure this information is effectively used to support climate-resilient development.
The programme comprises five region-based projects, including AMMA-2050 (African Monsoon Multidisciplinary Analysis), a partnership led by UKCEH. Research as part of AMMA-2050 has included a UKCEH-led study (Taylor et al, 2017) which found extreme storms in the Sahel have tripled in frequency between 1982 and 2016 due to global warming.
Meanwhile, a separate £9m programme, GCRF African-SWIFT, is using the latest scientific research to develop accurate forecasting tools, in order to better protect communities in Africa from the impacts of extreme weather. This programme – involving partners in UK, Senegal, Ghana, Nigeria and Kenya – is led by the National Centre for Atmospheric Science (NCAS), and funded by the UK Research and Innovation Global Challenges Research Fund.

About the UK Centre for Ecology & Hydrology (UKCEH)
The UK Centre for Ecology & Hydrology is a centre for excellence in environmental science across water, land and air. Our 500 scientists work to understand the environment, how it sustains life and the human impact on it – so that together, people and nature can prosper.
We have a long history of investigating, monitoring and modelling environmental change, and our science makes a positive difference in the world. The issues our science addresses include: air pollution, biodiversity, biosecurity, chemical risks, extreme weather events, droughts, floods, greenhouse gas emissions, land use, soil health, sustainable agriculture, sustainable ecosystems, sustainable macronutrient use, and water resources management. The UK Centre for Ecology & Hydrology is a strategic delivery partner for the Natural Environment Research Council, part of UK Research and Innovation. www.ceh.ac.uk   / @UK_CEH 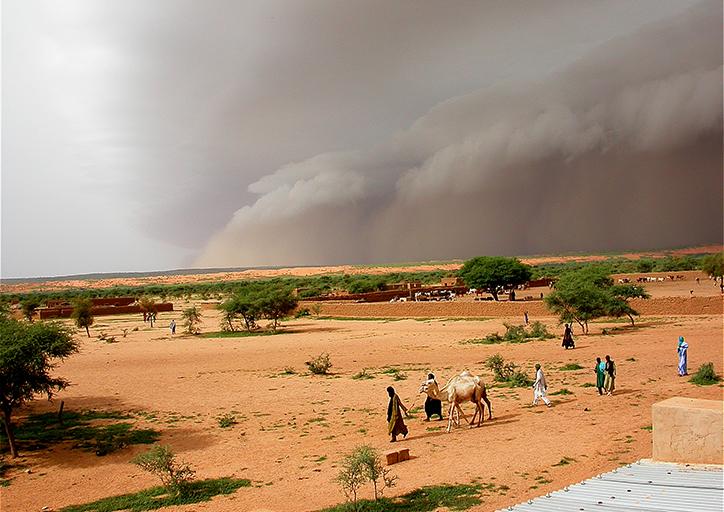 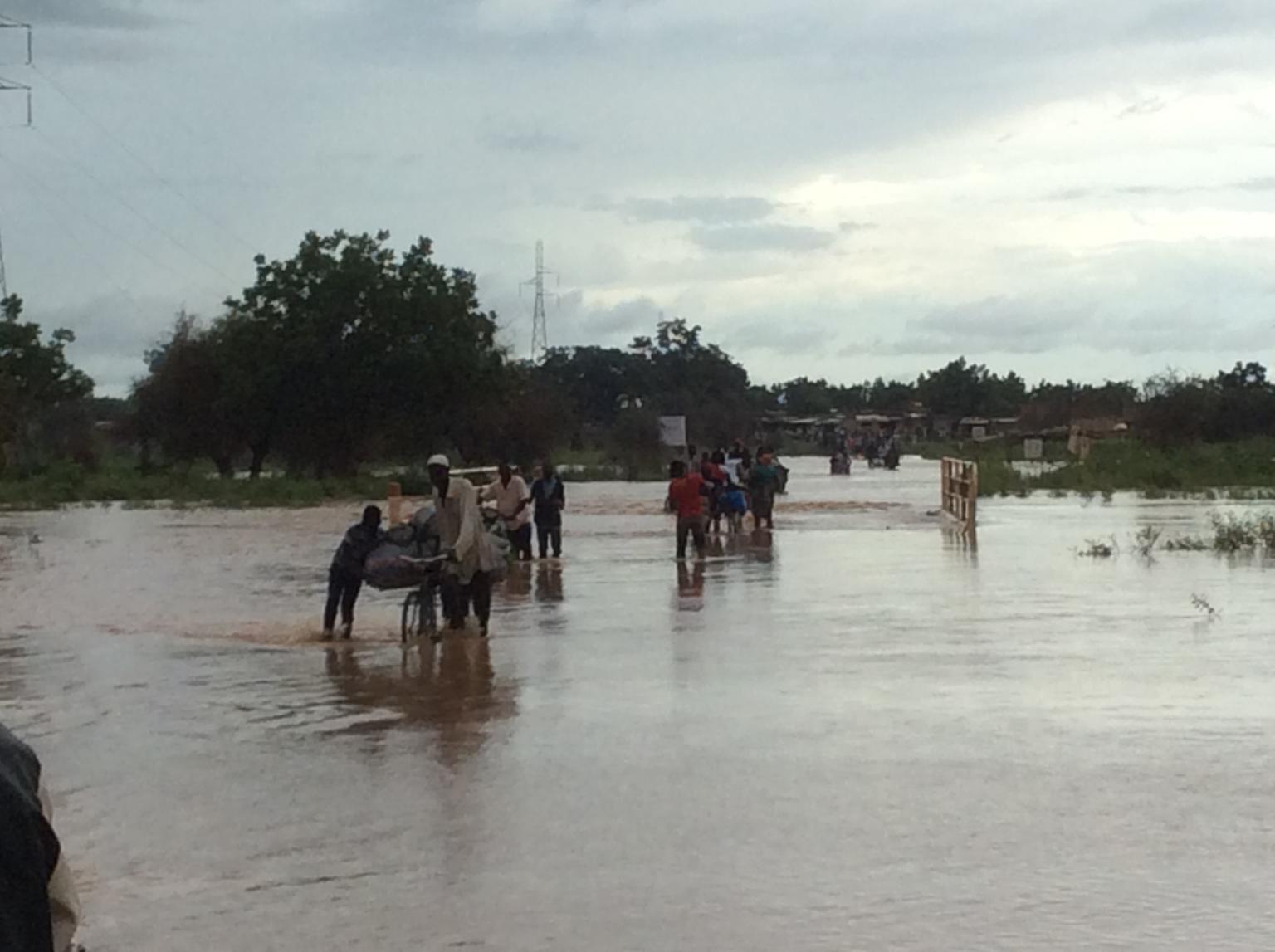