The UK Centre for Ecology & Hydrology (UKCEH) has used high-resolution imagery from satellites and aircraft to produce a detailed national map of all the habitats found alongside the rail network, which dates back almost 200 years. By combining this information with millions of records of species, UKCEH has predicted what animals and plants are likely to be present in these lineside habitats including grasslands, heathlands and woodland.

This information will ensure Network Rail workers and contractors are aware of the possible presence of rare species when carrying out vegetation management, plus inform the company’s conservation measures to increase biodiversity. It also provides a baseline for monitoring future trends in biodiversity.

This initiative is part of Network Rail’s new Biodiversity Action Plan – drawn up in collaboration with UKCEH scientists – which is an important step in achieving a sustainably managed lineside.

Since the 1960s, there have been large changes in vegetation associated with the railway, which has resulted in the loss of biodiverse, flower-rich habitats. In its plan, Network Rail has committed to end net loss in biodiversity on its land by 2024 and achieve a net gain by 2035.

Professor Richard Pywell of UKCEH, which used the latest detailed satellite data and its expertise in land cover mapping to identify lineside habitats, says: “This is an ambitious new plan to use the latest technology to manage habitats more sustainably along Britain’s railways, and it has been a great opportunity to work with Network Rail to improve biodiversity.

“Using high-resolution satellite and aircraft imagery enables us to map habitats across the rail network in a safe, quick and cost-effective way. By analysing the wealth of biological records across the UK, we have been able to identify likely biodiversity ‘hotspots’ and understand more about the role of the railway in connecting wildlife across landscapes. Together, this new information will inform Network Rail’s thinking on how best to maintain and enhance the environment.”

Martin Frobisher, Network Rail’s safety, technical and engineering director, says: “This technology is tremendously exciting. Measuring biodiversity is very complicated and it’s especially tricky for a large organisation such as Network Rail, which manages a vast land estate spread throughout the country. This is a real breakthrough and this technology enables us to measure and monitor the progress we are making.

“We are determined to improve the biodiversity alongside the railway lineside. Our Biodiversity Action Plan sets out a new approach and by working with experts like UKCEH and by using the latest tools and technology we can better manage and conserve a species-rich lineside while continuing to run a safe and reliable railway that benefits our passengers, our neighbours, and our planet.”

Rail Minister, Chris Heaton Harris, says: “This high-tech approach will help the rail industry do even more to preserve the unique and picturesque habitats found alongside our rail network.

“By protecting biodiversity hotspots and rare species, the use of science and satellites is making the railway an even greener way to travel.” 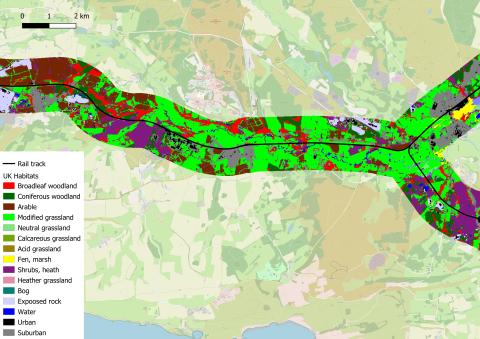 The Biodiversity Action Plan contains numerous examples of best practice management for biodiversity across the rail network, including alternatives to tree felling, such as crown reduction, pollarding and coppicing of large trees. The plan pledges to not just replace ecologically important vegetation that it has to remove to maintain safety and services, but also carry out habitat creation to increase connectivity between existing habitats.

There will be regular analysis of satellite and aircraft imagery to detect changes in habitat composition on the rail network, as well as targeted ground surveys where there are likely to be rare species. Network Rail will publish annual ‘state of nature’ reports to review the state of lineside biodiversity.

Meanwhile, artificial intelligence is set to be used to help tackle invasive species such as Japanese knotweed – which poses a serious threat to biodiversity and rail infrastructure – as well as serious plant diseases including Ash Dieback.

UKCEH scientists will also set up autonomous camera traps and microphones, which will capture photos of pollinators and record bird song and bat calls. This will help provide further information about the species present along the railway.

The UK Centre for Ecology & Hydrology is a strategic delivery partner for the Natural Environment Research Council, part of UK Research and Innovation.
www.ceh.ac.uk / @UK­_CEH

About Network Rail
Network Rail owns, operate and develop Britain's railway infrastructure; that's 20,000 miles of track, 30,000 bridges, tunnels and viaducts and the thousands of signals, level crossings and stations. It runs 20 of Britain's largest stations while all the others, over 2,500, are run by the country's train operating companies. Usually, there are almost five million journeys made in Britain and over 600 freight trains run on the network. People depend on Britain's railway for their daily commute, to visit friends and loved ones and to get them home safe every day.

Network Rail’s role is to deliver a safe and reliable railway, so it carefully manages and delivers thousands of projects every year that form part of the multi-billion pound Railway Upgrade Plan, to grow and expand the nation's railway network to respond to the tremendous growth and demand the railway has experienced - a doubling of passenger journeys over the past 20 years.
www.networkrailmediacentre.co.uk / @networkrail 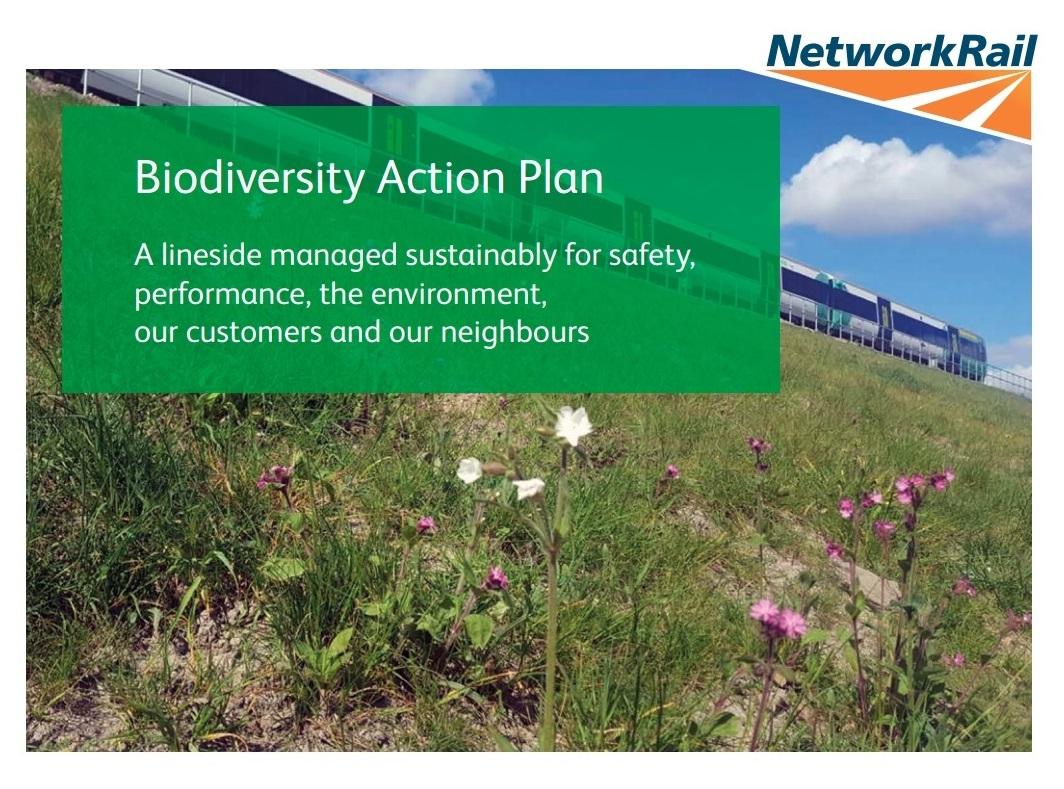 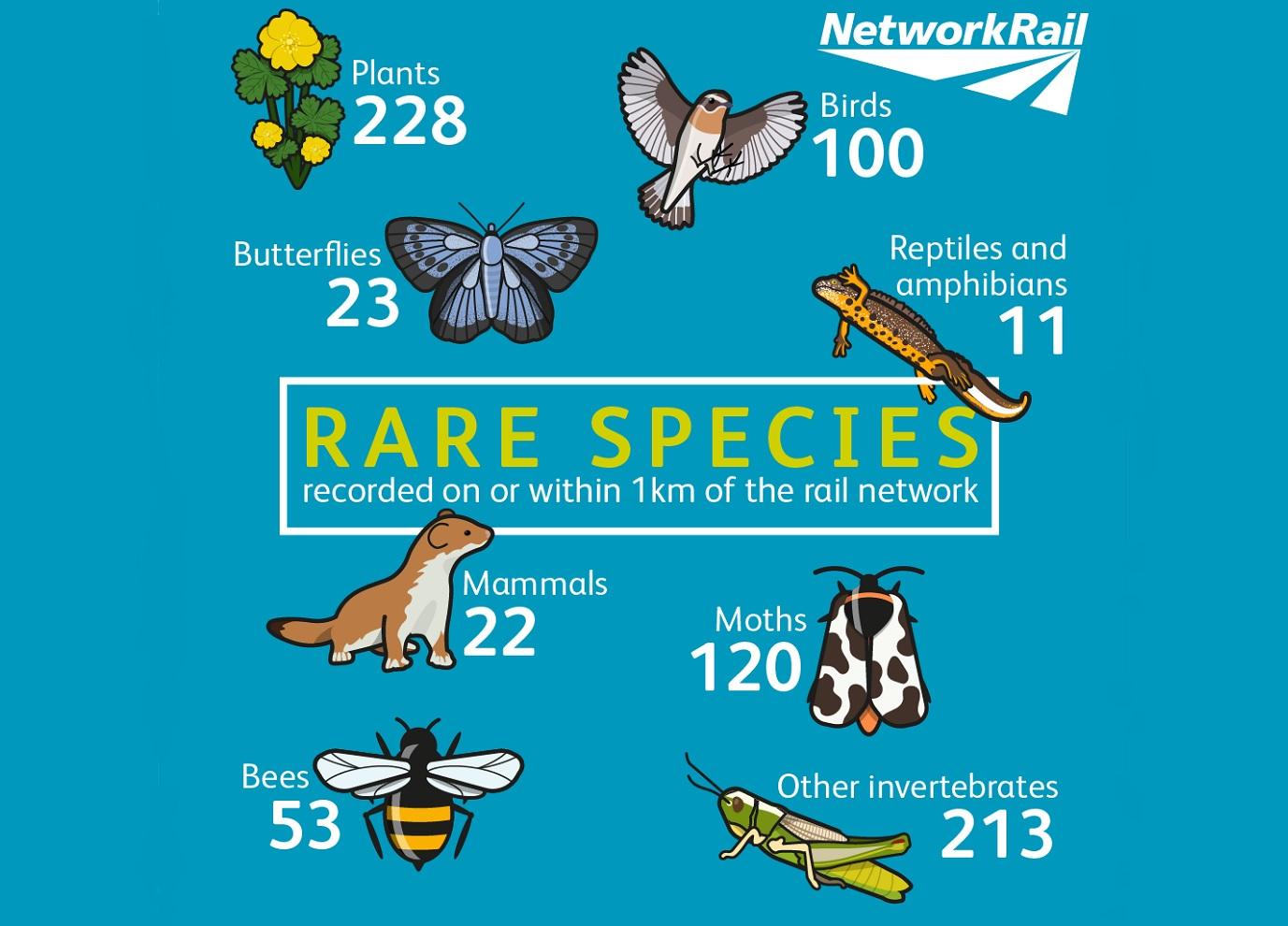 Rare species recorded on or within 1km of the rail network 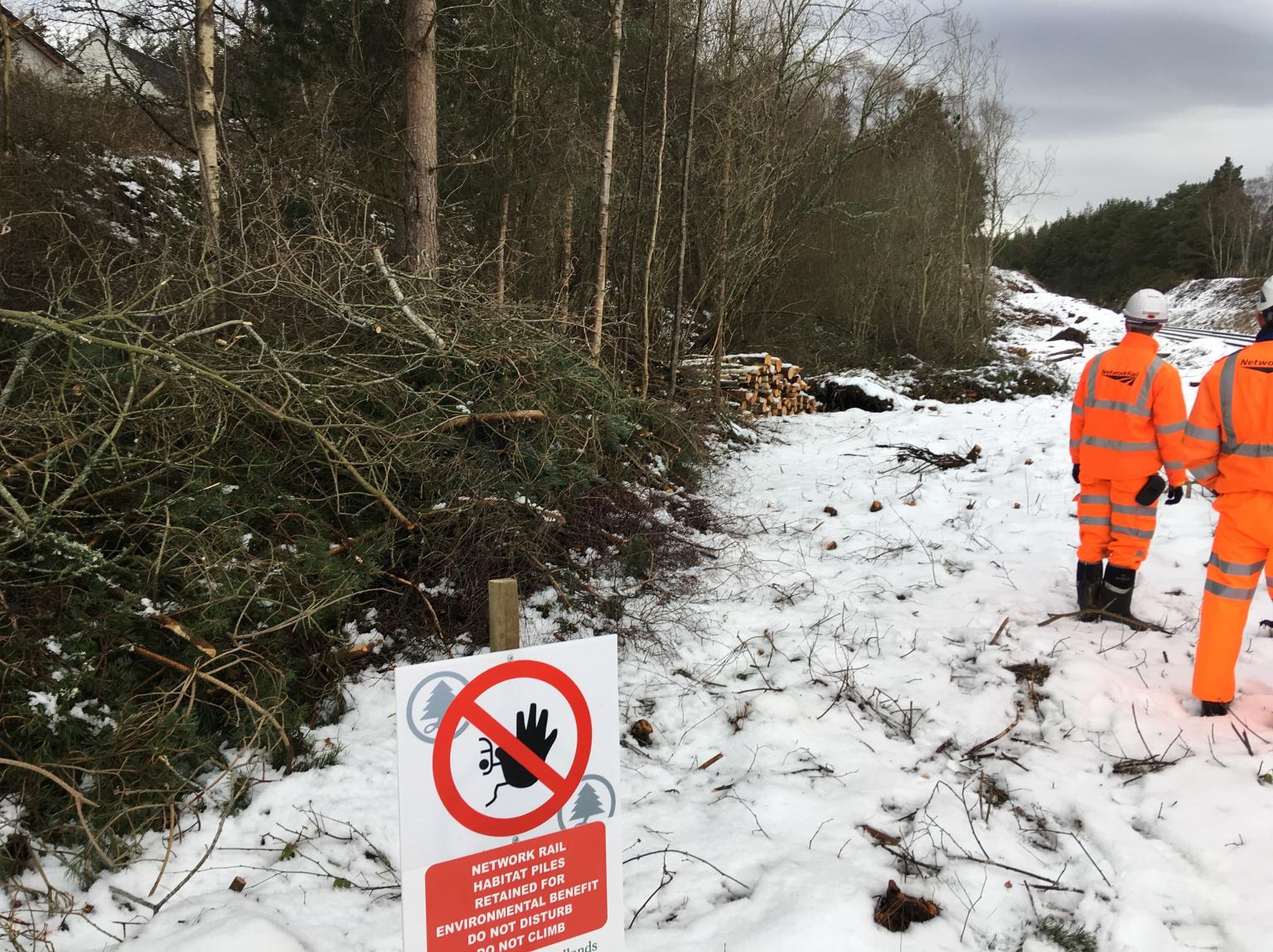