The maximum combined potential of technology and nature to directly remove carbon dioxide from the atmosphere, has been outlined and costed for the first time in a major new report for government.

Carbon capture technology plus land-based solutions such as afforestation and peatland restoration, are essential if the UK is to reach net zero by 2050. Therefore, the Department for Business, Energy and Industrial Strategy (BEIS) commissioned low carbon energy consultants, Element Energy, and scientists at the UK Centre for Ecology & Hydrology (UKCEH) to analyse the costs and deployment potential of engineered and land-based greenhouse gas removal (GGR) options in the UK.

The research team was also asked to estimate combinations of GGR methods that could remove 110 million tonnes of carbon dioxide (CO2) a year from the atmosphere by 2050. To achieve this, it would be necessary to implement both engineered approaches such as direct air carbon capture and storage (DACCS) and bio-energy with carbon capture and storage (BECCS), as well as land-based measures including afforestation and soil carbon sequestration in agricultural land*.

No single measure is likely to be able to deliver the required rates of GGR, and some technologies have not yet been demonstrated at scale in the UK. At present, just 18 million tonnes of CO2 is removed a year through GGR, largely through tree planting, although the UK land area overall is a net source of greenhouse gas emissions due to peatland degradation. Technologies to capture CO2 and store it underground have yet to be widely adopted in the country.

Professor Chris Evans of UKCEH, says: “Even if a full range of GGR measures could be implemented, it will still be necessary to substantially cut emissions from fossil fuels, but it may not be possible for some sectors of the economy, such as aviation and agriculture, to decarbonise completely by 2050. Therefore, the widespread deployment of greenhouse gas removal methods is likely to be needed if the UK is to meet its net zero target.

“A mixture of both engineered and land-based methods to capture and store CO2 from the atmosphere is needed because there is no single magic bullet GGR solution. Our study is the first time that anyone has tried to put all the pieces of the jigsaw together in a practical way at a UK scale.”

The report estimates annual costs of deploying GGR methods would gradually rise over the next three decades, up to £10bn a year by 2050, totalling £136bn between 2025 and 2050.

The authors point out, though, that land-based GGR measures not only mitigate climate change but can also deliver benefits for biodiversity, landscape quality, agricultural productivity, water resources and soil health. In other cases, there may be trade-offs between managing the land for GGR or managing it for other purposes such as food production, so decisions need to be made carefully to avoid unintended consequences, such as ‘exporting’ the emissions from food production overseas.

Richard Simon of Element Energy says: “Implementing engineered GGRs at a meaningful scale will require major investment in technology and the creation of CO2 transport and storage infrastructure. 2050 really isn’t that far away - we have limited flexibility on the deployment time of GGRs to reach our net zero goal, so deployment needs to begin this decade.”

To establish the potential blend of GGR options, the researchers’ criteria included no over-reliance on any one GGR option, ensured the options could be deployed at a realistic and steady rate, as well as consideration for the durability of CO2 storage.

The report points out there are significant uncertainties over the costs, resource needs and timelines for delivery of GGRs. Given how key GGRs are for achieving net zero and the Paris Agreement’s 1.5°C target, it recommends detailed engineering studies and demonstration projects to improve the understanding of these crucial options and to progress closer to full-scale deployment.

The commissioning of the report is part of the UK Government’s support for GGR development and demonstration through a range of innovation programmes**. 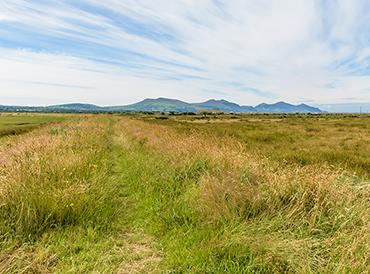