The Forth and Tay Offshore Wind Developers Group (FTOWDG) received exclusive licences for wind farm developments in the Forth and Tay region of Scotland. They identified a number of seabird colony Special Protection Areas (SPAs) with the potential to experience effects from the proposed wind farms. A number of marine bird species for which further studies were required were identified.

These species were prioritised according to their abundance in the development area based on the analysis of aerial data, the percentage of the UK breeding population represented within the regional SPAs, their potential sensitivity to wind farm effects and the currency of existing information on the species.

CEH plays a key role in environmental research in south-east Scotland, primarily through its long-term monitoring of seabird populations in the area (with the Isle of May Long-Term Study). The FTOWDG commissioned CEH to assess the level of connectivity between seabird usage of marine environments under consideration for development and the SPA network of protected breeding colonies, a fundamental part of the consenting process, based on animal tracking.

Animal tracking using transmitting or archival data loggers is the most appropriate method of establishing the connectivity of these species to particular Natura 2000 sites. The work involves a literature review of historical data on tracking studies of five species from the region and the collection of new tracking data from three SPAs in the region: the Isle of May NNR (Forth Islands SPA), Fowlsheugh SPA and St Abb’s Head SPA.

The literature review provides important baseline information for the Environmental Statements of all offshore wind farm projects within the region and removes the need for duplication of effort by individual developers. It also provides a historical baseline against which to compare new data. The new tracking work enables the foraging distribution and flights lines to be accurately quantified and the proportion of the population overlapping with proposed development zones to be calculated.

This work is of vital interest to a broad range of stakeholders and provides science-based advice on the sustainable use of biodiversity and ecosystems. 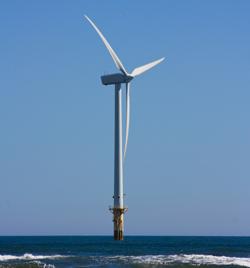