Exceptionally low rainfall, soil moisture and river flows in May mean the UK may be on course for a significant drought this summer, just weeks after some record high flows and widespread flooding, according to experts at the UK Centre for Ecology & Hydrology (UKCEH).

While there has been some heavy rainfall in early June, and more is expected over the next few days, scientists warn a sustained period of wet weather will be needed to reverse the very dry conditions in some parts of the UK – particularly as high temperatures are forecast for the summer.

Analysis of current and historical data by UKCEH has shown that the exceptionally dry spring (March to May) has sent river flow and soil moisture levels plummeting over the last two months. In some cases this has been to record low levels for the time of year, including some catchments that saw flooding in February such as the Severn and Wye. Similarly, despite the wet winter, reservoir stocks fell substantially during May and by the end of the month were as much as 15-20 per cent lower than expected for the time of year.

This means the UK is entering summer with May river flows comparable to some major past drought episodes – lower than in major events like 1984 and 1976, for example, in some western rivers.

This interpretation comes from UKCEH’s expert analysis of river flow data, compiled and held by the research centre, as well as its near-real time soil moisture monitoring system, and the forward look from hydrological models and assessments carried out at UKCEH. Results of these are reported in the monthly COSMOS-UK soil moisture report, Hydrological Summary, and Hydrological Outlook published this week, and near real-time data updates can be seen via the UK Water Resources Portal. 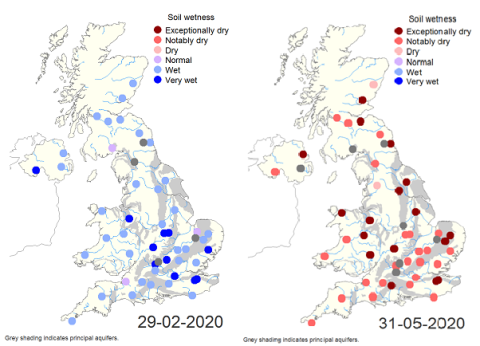 Katie Muchan, a Hydrologist at UKCEH, says: “This situation, with exceptionally dry soils and low river flows is concerning, and all the more remarkable given that just over three months ago there was significant flooding in many areas of the UK as a result of the wettest February on record.

“The impacts of this are clearly visible with grass in our gardens turning brown, but while our lawns will recover, the impacts for agriculture are potentially serious. There is now an increasing risk of reduced crop yields and potential water use restrictions if the lack of rainfall continues, and the forecasted high temperatures materialise.”

UKCEH analysis suggests the outlook for the next month, and the next three months, is for below normal river flows to persist, particularly in northern and western parts of the UK.  In contrast, the water situation in the south and east of England is healthier; groundwater levels are mostly above normal following the lasting influence of the wet winter and are likely to continue to be in the normal range.

Prof Alan Jenkins, Science Director at UKCEH, says: “At UKCEH we will continue to monitor the situation, using our measuring, observing and modelling expertise to provide the ongoing and detailed hydrological assessments and forecasts for the UK.”

Top facts for dry conditions in May 2020

Katie joined UKCEH in October 2012 as a Hydrological Data Scientist with the majority of her role in the UK National River Flow Archive team, and is responsible for co-ordinating the acquisition and quality control of the annual update annual submissions of mean and peak river flow data from the UK Measuring Authorities, releasing these data to NRFA users, including the publication of versioned NRFA Peak

Alan has been Deputy Director of CEH and then UKCEH since March 2011. He was also Science Director until 2022. 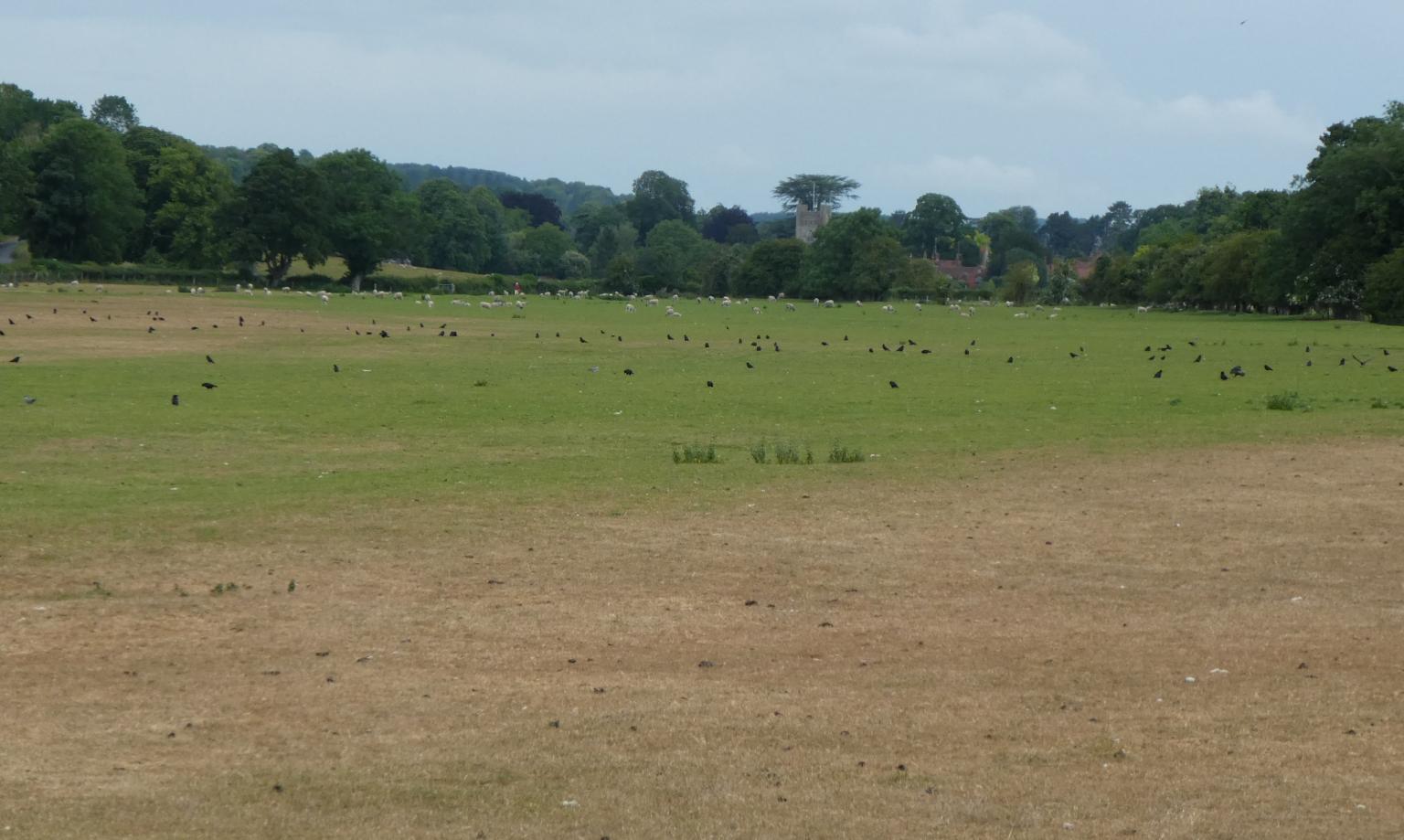