The co-author of a new comprehensive, easy-to-use illustrated field guide to all 47 species of ladybirds in Britain and Ireland hopes it will encourage further recording of the insects to help inform understanding of environmental change.

Professor Helen Roy, an ecologist at the Centre for Ecology & Hydrology, has written Field Guide to the Ladybirds of Great Britain and Ireland with Dr Peter Brown of Anglia Ruskin University, which provides essential information for enthusiasts and scientists alike. It will be celebrated today (29 November 2018) through a keynote lecture by Professor Roy at the Royal Entomological Society Public Understanding of Entomology Special Interest Group at the National Museum of Scotland, Edinburgh.

The two co-authors jointly lead the UK Ladybird Survey, which involves people reporting sightings of ladybirds with photographs via the iRecord website and app run by the Biological Records Centre, based at the Centre for Ecology & Hydrology’s Wallingford site. It has generated more than 200,000 records – contributed by members of the public - of all 47 species since its formation in 2005.

Professor Roy says, "The overwhelming number of records of sightings by people, plus the widespread social media interest in the recent autumn invasion of ladybirds into people’s homes, illustrates the public’s fascination with these varied and beautiful creatures.

"This field guide is a celebration of the amazing contributions to the UK Ladybird Survey from so many people and we hope it will encourage further recording of all the species."

Professor Roy explains that while the public frequently report sightings of different conspicuous species of ladybirds, many of which are brightly coloured, the small so-called inconspicuous ladybirds are under-recorded.

"Recording is vital to understanding how species are responding to environmental change, to help inform conservation policy decisions,” she adds.

Dr Peter Brown said, "Some readers will be new to the larger more colourful ladybirds. The guide will enable people to identify those but also their larvae and the tiny ladybird species that often go unnoticed. This will help us to build a better picture of the ecology and distributions of all our ladybird species."

To help readers easily identify the different species of ladybird, Field Guide to the Ladybirds of Great Britain and Ireland, which is published by Bloomsbury on 29 November, features clear information on the appearance of species, including 130 detailed artworks by renowned wildlife illustrator Richard Lewington and 102 colour photographs. There are also regional guides on habitats and recorded species.

Additionally, Dr Colin Harrower of the Centre of Ecology & Hydrology has put together distribution maps for each of the species, based on records submitted by thousands of people. 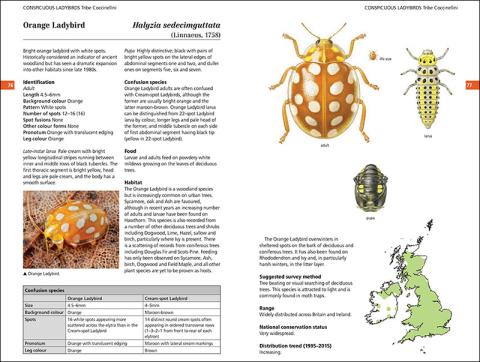 Not only are ladybirds popular with the public because of the bold colours that many of them have, but many of the species are predators, helping gardeners and farmers with pest control. The 7-spot ladybird, for example, can eat about 5,000 aphids during their year-long lifespan.

One of the 47 species of ladybird, however, has proved particularly troublesome.

The harlequin has been described as "the most invasive ladybird on Earth". First recorded in the UK in 2004, its numbers have rapidly increased, posing a major threat to native ladybirds. Large and with a voracious appetite and varied diet, it out-competes them for food and will also eat some of its native British cousins, notably the 2-spot ladybird.

The vital role of citizen scientists in charting the harlequin’s rapid spread across the UK was highlighted in a recent paper by Dr Brown and Professor Roy.

Additional species of ladybird continue to arrive in the UK, catching a lift on trains, cars and boats. The current total of 47 represents just a small fraction of the vast range of ladybirds across the world, as there are about 6,000 species. 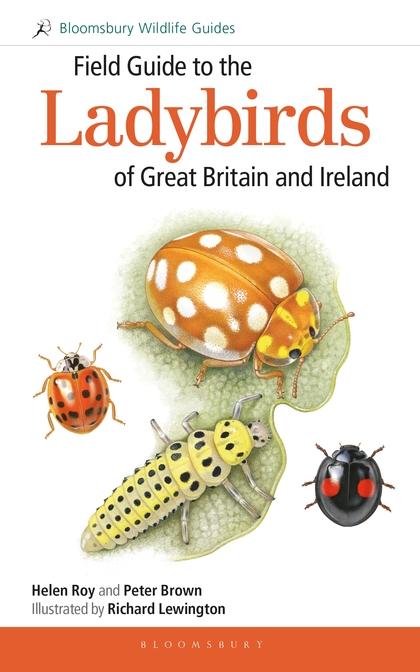