The disastrous consequences of climate ‘tipping points’ could be averted if global warming is reversed quickly enough, new research suggests.

Tipping points are the thresholds at which rising temperatures cause abrupt changes in elements of the Earth’s climate systems such as the dieback of the Amazon rainforest or melting of major ice sheets.

Until now, crossing these thresholds has been assumed to be a point of no return, but a new study – published in the journal Nature – concludes that they could be ‘temporarily exceeded’ without prompting permanent environmental changes.

“Ideally, we will not cross tipping point thresholds, but this gives hope we may be able to pull back from danger if needed,” says Dr Chris Huntingford of the UK Centre for Ecology & Hydrology, who was involved in the study, led by the University of Exeter.

The researchers say the time available to act would depend on the level of global warming and the timescale involved in each tipping point.

Lead author Dr Paul Ritchie of the University of Exeter says: "The more extreme the warming, the less time we would have to prevent tipping points. This is especially true for fast-onset tipping points like Amazon forest dieback and disruption to monsoons, where irreversible change could take place in a matter of decades.

"Slow-onset tipping points take place over a timescale of many centuries and – depending on the level of warming – this would give us more time to act."

Elements of the Earth’s system that would take longer to reach a tipping point include the melting of ice sheets as well as the collapse of the large system of Atlantic Ocean currents that carries warm water from the tropics northwards. A shutdown of Atlantic Meridional Overturning Circulation (AMOC) would cause cooling of the northern hemisphere, sea level rise in the Atlantic, reduced rainfall over Europe and North America, and a southwards shift in monsoons in South America and Africa.

Concerns about the impacts of reaching tipping points helped lead to the Paris Agreement target to keep global warming to well below 2 degrees Celsius - and preferably 1.5C - compared to pre-industrial times. 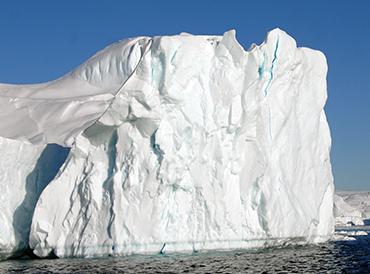