The Royal Society has published a themed issue of its Philosophical Transactions journal addressing “Air Quality, past, present and future”. This special issue of 16 articles from the world’s first and longest running scientific journal brings together the work of world leaders in air quality research. Two of the four editors of the issue come from the UK Centre for Ecology & Hydrology (UKCEH), while three articles are led by UKCEH authors, David Fowler, Mark Sutton and Eiko Nemitz. Several more UKCEH scientists are included as co-authors. All three UKCEH-led articles are available as Open Access.

We take a closer look at the issue and provide an overview of some of the papers below...

Air pollution is considered a key environmental threat to human health. Its impact on health has been recognised for centuries (Fowler et al, 2020), for example with problems caused by the Industrial Revolution in towns and cities across Europe and North America. The 1952 Great Smog of London is believed to be the worst air pollution event in the UK, causing 12,000 deaths within a 2-week period and ultimately leading to the 1956 Clean Air Act and changes in industrial practice.

The Clean Air Act also had a significant impact on environmental research, government regulation and public awareness of links between air quality and health. Research in the second half of the 20th Century focused on transboundary issues and impacts of air pollution on the environment including acid rain, forest decline and ground-level ozone, with much of this work led by scientists at UKCEH where measurement and modelling of air pollution provided the evidence base to underpin air quality policy.

After controls on the emissions of sulphur and nitrogen dioxides, global emissions peaked around 1990 (SO2) and 2010 (NOx) with declines continuing to 2020. However, emissions of other pollutants in particular of ammonia (NH3) have continued to be a problem in the UK, across Europe and globally (Sutton et al, 2020). Ammonia emissions contribute to the formation of particulate matter (PM2.5) and alkaline air which has been shown to have adverse effects on epiphytic lichens and bog ecosystems. There is now a need for air pollution policy to increase focus on ammonia emissions and a global need for sustainable nitrogen management.

Prospects of a cleaner future

There is evidence that the world has recently passed the peak of air pollution with downward trends in emissions of major pollutants (sulphur, oxides of nitrogen and particulate matter). There remain hot spots, especially in South Asia and many areas globally exceed thresholds for effects on human health and ecosystems, but the trends are in the right direction overall. The drive towards net zero to protect climate offers additional benefits for cleaner air as long as the choice of technologies to reduce greenhouse gas emissions do not increase emissions of other air pollutants.

The role of vegetation in reducing exposure to air pollution

In addition to reducing sources of air pollution, there is currently considerable interest in the role vegetation can play in capturing atmospheric pollutants, especially in urban environments, thus lowering human exposure to urban pollution. The paper by Nemitz et al shows this is really only effective at very large scales due to the cumulative effect of vegetation in taking out more and more pollution as the air masses travel across it. At the national UK scale, current vegetation reduces concentrations of PM2.5 by 10 per cent, SO2 by 30 per cent, NH3 by 24 per cent and ozone by 15 per cent compared with a vegetation-less country. By contrast, even large-scale planting of new trees in existing open urban greenspace areas would only have a small additional effect (< 1%) on lowering average urban local pollutant concentrations, although there may be wider benefits in terms of physical and mental health.

The impact of individual urban tree features is in most cases negligible and their implementation for the sake of reducing air pollution is economically less viable than reducing the emission in the first place.

View the special issue on the Royal Society website. The introduction also features a tribute to Professor Martin Williams, co-editor, who died recently.

Table of contents for themed issue 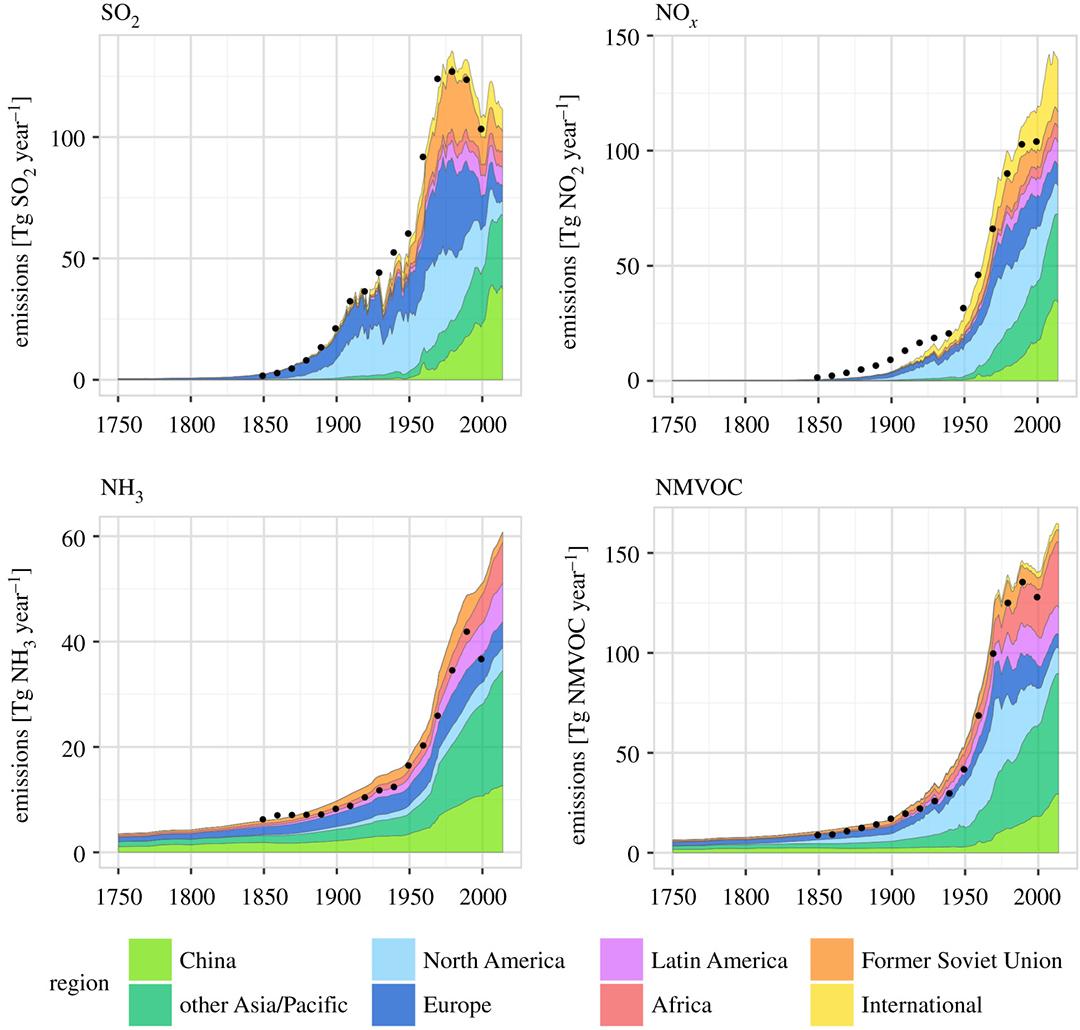 Global and regional emissions of SO2, NOx, NH3 and NMVOC between 1750 and 2010. From Fowler et al, A chronology of global air quality. 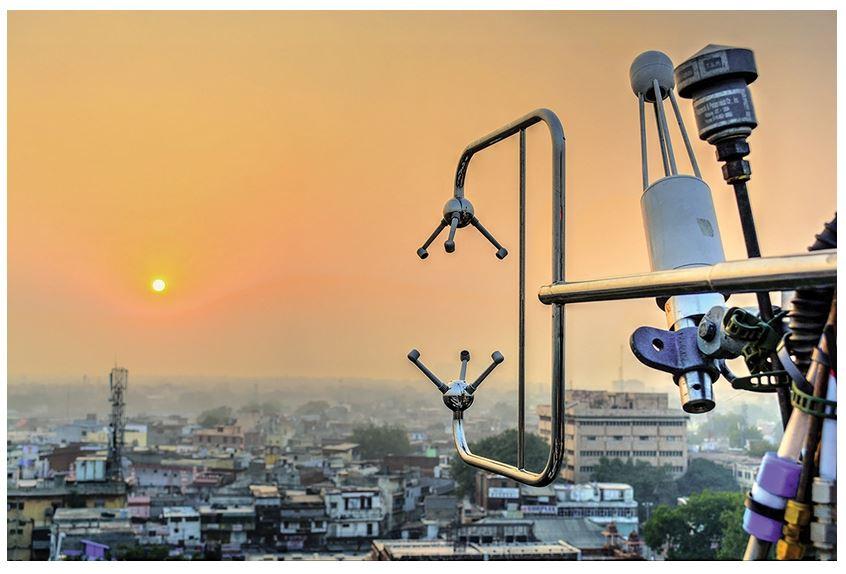 A micrometeorological tower in Old Delhi during the ‘DelhiFlux’ field campaign. Photo by Ben Langford.