Invasive alien species are identified as one of the main drivers of biodiversity loss worldwide. They are a particularly significant problem for the UK Overseas Territories (UKOTs) because they comprise mostly small, isolated islands and have high levels of rare and endemic biodiversity.

Professor Helen Roy, a co-chair of the IPBES Invasive alien species assessment, and Dr David Roy, both of the UK Centre for Ecology & Hydrology, were among international experts taking part in workshops on two UKOTs in the Caribbean in January and February 2020...

Islands, such as the UK Overseas Territories in the Caribbean, are considered particularly vulnerable to the devastating consequences of biological invasions, which can lead to dramatic changes in biodiversity and ecosystems. I was part of a small team of experts*, led by Olaf Booy and Jill Key from the Non-Native Species Secretariat, invited to Anguilla and the Turks & Caicos Islands (TCI), two of the Caribbean UK Overseas Territories, to prioritise management of some of the established invasive non-native species.

In both Anguilla and TCI we were privileged to work with regional experts from Government Departments, the Anguilla National Trust, the Turks & Caicos National Trust, other NGOs and interest groups including representatives of the local farming community on Anguilla. We shared expertise through structured approaches to gather the necessary information to achieve the goals of the workshops. 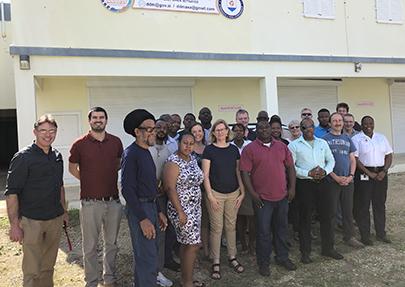 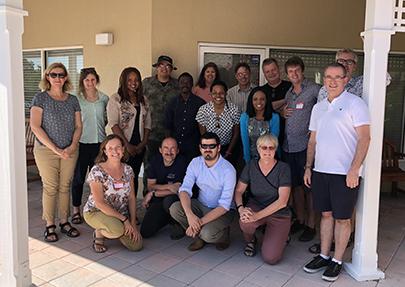 Anguilla and TCI have many established invasive non-native species —some could be eradicated before becoming too problematic. Brazilian jasmine, Jasminum fluminense, a popular plant within hotel landscapes, has just begun to form small populations on Anguilla and eradication is considered possible. In TCI this species has spread more extensively and eradication is unlikely to be feasible but the spread to currently uninvaded islands could be achieved.

Anguilla and the Turks & Caicos Islands have many established invasive non-native species —some could be eradicated before becoming too problematic.

Through our workshops we identified the islands within the two UK Overseas Territories most at threat from the spread of invasive non-native species already established somewhere within the territory. We heard about the diverse ecology of the small islands and cays that form these UK Overseas Territories. Some are relatively inhospitable. Sombrero, part of Anguilla, is a rocky island which is home to many important seabird colonies. Invading small mammals pose a major threat to the breeding seabirds but many other invasive non-native species would not survive there. In contrast, Prickly Pear is an uninhabited island to the north of the main island of Anguilla and is rich in wildlife. Invasive ants could easily be introduced, hitchhiking with day visitors, and would almost certainly establish with devastating consequences for the resident birds and reptiles.

The green iguana, Iguana iguana, is a major concern across the Caribbean. There are many endemic species of iguana across the Caribbean and the green iguana, native to South America, threatens them through disease transmission, hybridisation and competition. In TCI we visited Little Water Cay to observe the endemic rock iguana, Cyclura carinata. There have been a few isolated sightings of the green iguana in recent months on TCI but it is not considered established. In Anguilla the green iguana has established and there are concerns for the Lesser Antillean iguana, Iguana delicatissima, which is restricted in range to Anguilla and other islands within the Lesser Antilles. 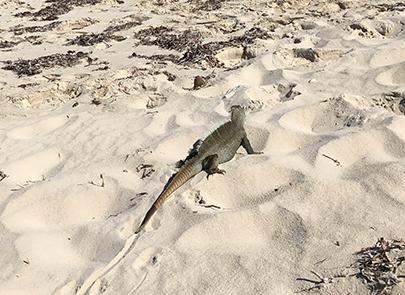 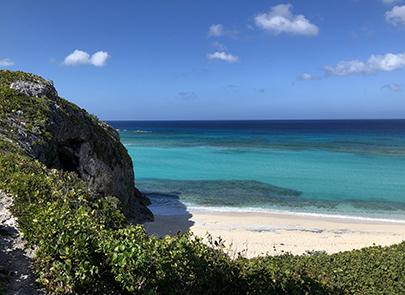 These remote islands are unique. They are home to many species found nowhere else in the world. The threat of extreme weather events is always present but the resilience of the communities inhabiting these UK Overseas Territories is inspiring.

These remote islands are unique. They are home to many species found nowhere else in the world.

During our visit, we had the immense privilege of working alongside many people living on the territories – their commitment to protecting the incredible wildlife and habitats on these idyllic islands is simply exceptional. Their desire to share this knowledge will play a major part in reducing the threat posed by invasive non-native species. I am looking forward to continuing collaborations and seeing the next steps in this prioritisation process unfold.

With thanks to the many experts on Anguilla and TCI who contributed so much to this work and made us so welcome within the UK Overseas Territories. Thank you to the Non-Native Species Secretariat for inviting me to participate in this exciting study and to the Foreign and Commonwealth Office (FCO) Conflict, Stability and Security Fund for making our visit possible. Finally thanks to Linda Raine at the Non-Native Species Secretariat for making all the complex travel arrangements.

About Anguilla and the Turks & Caicos Islands

Anguilla is one of the Leeward Islands in the Lesser Antilles. The territory includes the main island of Anguilla and surrounding islands such as Sombrero Island, Dog Island, Scrub Island and Prickly Pear Cays. All are important for wildlife. For example, Prickly Pear Cays is recognised internationally as an Important Bird Area but also home to the Anguilla Bank Anole, alongside visiting sea turtles.

Turks & Caicos Islands are two groups of tropical islands in the Lucayan Archipelago of the Atlantic Ocean and northern West Indies. The eight main islands and more than 22 smaller islands are home to many endemic species. 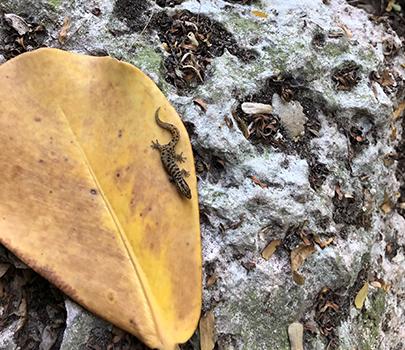 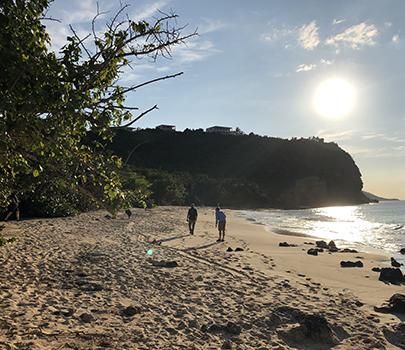 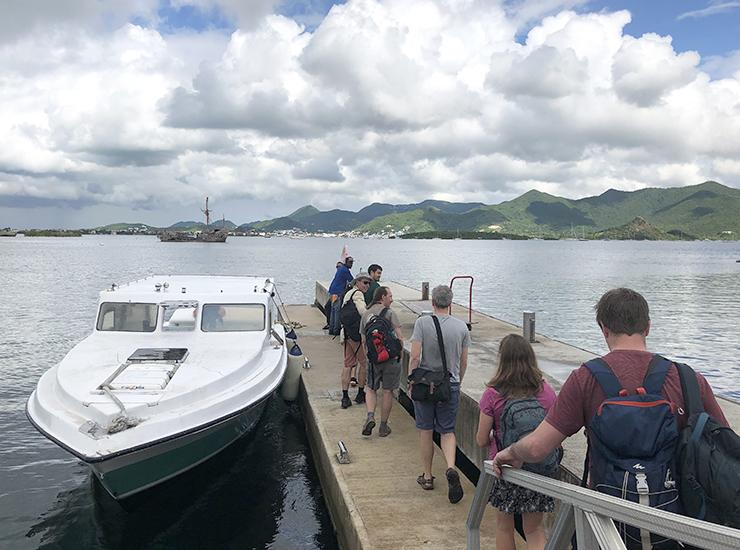 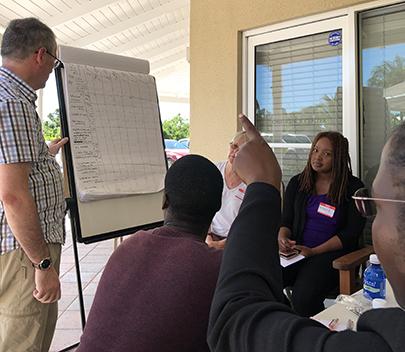