Last month, I led a team of ecologists who met in St Helena, a volcanic tropical island in the South Atlantic Ocean, to collaborate with invasive species experts on the mid and south Atlantic UK Overseas Territories. Together we are working to predict and prioritise those non-native plant and animal species most likely to present a threat to existing ecosystems, human health and the economy on the island, as well as developing Pathway Action Plans to inform the already incredible work of the local biosecurity teams.

The cloud forest above the St Helena Peaks Endemic Nursery and Seed Orchard is stunning. Rich in endemic species but ravished by New Zealand Flax, the adverse effects of invasive non-native species are only too apparent. However, on the steep hillsides, in amongst the swathes of spikey Flax, are patches of restored habitat—these are the inspiring results of a small group of determined and committed conservation biologists.

The terrain is tough. Steep cliffs and rocky outcrops. But these did not deter the conservation team. Standing in the Endemic Nursery looking up at the mosaic of invaded and natural habitats, it was poignant to hear of the struggles to nurture the plants, but humbling to consider the knowledge that has accrued over decades of painstaking trials. The tiny endemic leafhopper Chlorita edithae, thought to be extinct, that now occupies the endemic whitewood adjacent to the nursery, is a symbol of success.

"It was poignant to hear of the struggles to nurture the plants, but humbling to consider the knowledge that has accrued over decades of painstaking trials."

From the incredible Agriculture and Natural Resources Division (ANRD) biosecurity team welcoming us to the island, to the Environment and Natural Resources Directorate (ENRD) and St Helena National Trust conservation officers restoring habitats and monitoring species, everyone plays a part. For the team of 16 invasion ecology experts that gathered to work with this inspiring community it was an utter privilege.

Two postponed flights and an extra week on the island simply gave us more time to marvel at the work going on. We observed the meticulous inspections by the ANRD as the fresh produce arrived on the island. Some of the team brandished machetes against the invasive Flax and Opuntia. We received demonstrations of the horticultural practices that are saving plant species from the brink of extinction. We visited the local primary school and heard about the connections the young people have with their unique home. 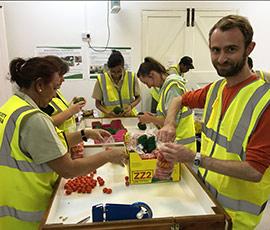 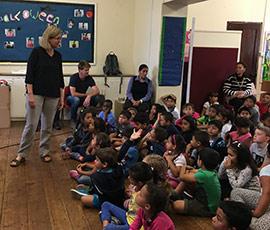 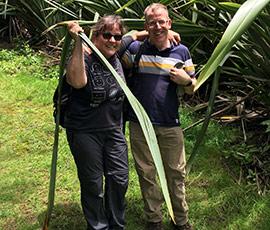 Radio interviews, government visits, site visits and more - all in between our main task of gathering for a workshop to predict the next invasive non-native species which have the potential to arrive, establish and threaten biodiversity and ecosystems, human health or the economy. An amazing two weeks with a fantastic team of experts coming together to combine knowledge on invasive non-native species.

The stories we heard on St Helena are echoed across the six UK Overseas Territories in the mid and south Atlantic Ocean. Each have unique habitats and associated species with very high proportions of endemic species. St Helena, Ascension Island and Tristan da Cuhna are located in the mid Atlantic while the British Antarctic Territory, the Falkland Islands, South Georgia and the South Sandwich Islands constitute the south Atlantic UK Overseas Territories.

In October, we met with experts from the British Antarctic Territory, the Falkland Islands, South Georgia and the South Sandwich Islands to carry out the same horizon scanning exercise at a four-day workshop in Cambridge. We had the opportunity to connect with Ascension Island and Tristan da Cuhna experts while on St Helena. The people we have met who are safeguarding the wildlife on these remote UK Overseas Territories are remarkable.

"The people we have met who are safeguarding the wildlife on these remote UK Overseas Territories are remarkable."

In all cases the difficult task of making predictions about which non-native species, currently absent, might pose a risk over the next ten years was made possible by bringing together experts to share ecological insights. Quite often there is very limited published information available. But it is amazing what can be achieved and how knowledge gaps can be overcome when pooling expertise through structured discussions and using consensus approaches (Roy et al 2014; Roy et al in press). 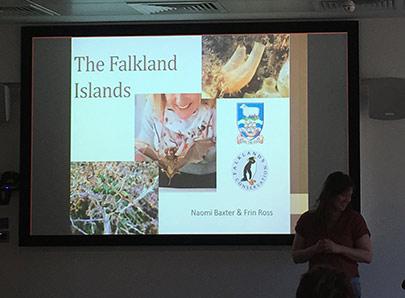 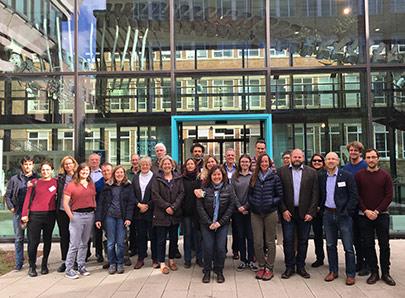 Some invasive non-native species are likely to be problematic across all the Atlantic UK Overseas Territories. Marine species, perhaps unsurprisingly, dominated the Atlantic UK Overseas Territories horizon scanning lists focusing on biodiversity and ecosystem impacts. Species hitchhiking, where animals hitch a ride on the hulls of boats and ships, is a particular problem. Various species of mussel could arrive in this way.

Ants and mosquitoes are known as global invaders and their likelihood of arriving and establishing a presence in these remote locations is a major concern. Rats and other small mammals already pose a major threat to ground nesting birds that otherwise thrive within these territories and the outer islands that surround them. But geckos and other reptiles could move in and add to the problems. Many invasive non-native species of plant are already found across the territories but careful inspection of mud on boots and vehicles could prevent other damaging species from arriving.

Other invasive non-native species are seen as a particular threat to the habitats unique to each of the Atlantic UK Overseas territories. So, for example, we had extensive discussions on soil invertebrates and the potential impact that new arrivals could have within the pristine soils of the British Antarctic Territory or South Georgia and the South Sandwich Islands.

Identifying the invasive non-native species that could arrive is just the first step in the process of mitigating the risk. Developing and implementing pathway action plans to prevent the arrival of these species is critical. Often simple actions are all that is required. All the territories already do so much. It is so impressive to witness the biosecurity already in place but linking expertise across the territories and beyond will add to the protection of these magical places.

"It is so impressive to witness the biosecurity already in place but linking expertise across the territories and beyond will add to the protection of these magical places."

We are extremely grateful to all the people who have contributed to research, funded by the UK Government through the GB Non-Native Species Secretariat.

The collaborations fostered will continue and we are looking forward to sharing the outcomes of this project in many different ways. Most importantly, our thanks go to the regional experts across the UK Overseas Territories who so generously provided so much time and enriched the workshops with their incredible experience and knowledge:

Additional thanks to Kevin Smith (IUCN) for hosting the workshop in Cambridge. 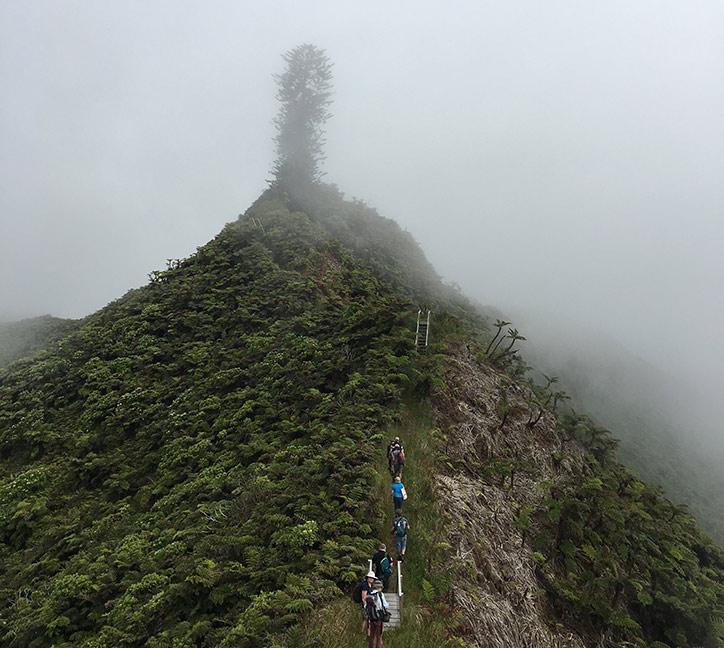 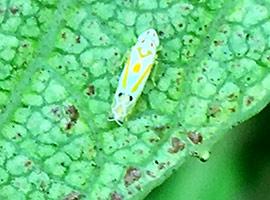