Dr Amanda Thomson and Professor Chris Evans of the Centre for Ecology & Hydrology were among hundreds of international scientists and government representatives who recently attended the 49th session of the Intergovernmental Panel on Climate Change (IPCC-49) in Kyoto, Japan. The discussions over updating methodologies for estimating levels of greenhouse gases involved tense negotiations, as Amanda explains…

The venue for IPCC-49 was in the Kyoto International Conference Centre - where the 1997 Kyoto Protocol was signed, a giant concrete structure with long hexagonal corridors and vast auditoriums that looked like something out of a Star Wars set.

The five-day summit was mostly concerned with the adoption of updates to the IPCC’s guidance on producing national greenhouse gas (GHG) inventories.

The updated guidance on producing national greenhouse gas inventories, once adopted by the United Nations Framework Convention on Climate Change, will likely be used for reporting progress on mitigating climate change for the Paris Agreement targets. The 280 authors had spent two years preparing the updated guidance, which had already undergone both expert and government reviews.

At IPCC meetings, discussion of a topic starts in a plenary session, attended by representatives from all countries. Issues that cannot be resolved by a short discussion in plenary are moved to a contact group with the relevant guidance authors and interested countries. Contact groups are where text is proposed, discussed, modified and circulated, and they can get very frenetic, particularly when the same people are covering different issues.

I was supporting the UK government delegation as an expert on GHG inventories for land use and forestry, as there were several contentious issues in this section of the updated guidance. I was involved in two contact groups: on Interannual Variability (how emissions from large natural disturbances should be reported while also recognising mitigation efforts in reducing emissions) and Flooded Land. There was very limited time to read and understand the impact and implications of text changes between contact group sessions, and agree on the UK position with colleagues.

I generally had five different communication channels open on my laptop: the IPCC platform, where new text would be uploaded; email to colleagues back in the UK, who were also commenting on text revisions; a secure web platform for reporting back to UK government; a Slack channel for information sharing between European countries; and WhatsApp conversations for communicating with UK colleagues within the conference centre. The hours were long and coffee was in short supply!

Meanwhile, my CEH colleague Chris Evans was one of four lead authors attending IPCC-49 on behalf of the Flooded Land chapter, which developed methods to account for CO2 and methane emissions resulting from the creation of hydropower reservoirs and other constructed water bodies. In some shallow tropical reservoirs these emissions can be large, offsetting or at worst negating the carbon benefits of the hydroelectric energy produced. As a result, flooded land emissions are a controversial topic, and previous attempts to include them in the IPCC’s guidance were not successful.

...flooded land emissions are a controversial topic, and previous attempts to include them in the IPCC’s guidance were not successful.

Chris was dealing with the strongly contrasting views of some of the government negotiating teams on the Flooded Land chapter. Country A felt that the methods were not stringent enough to protect against deforestation and wetland destruction, while Country B was concerned that the methods would unfairly penalise countries seeking to develop clean hydropower energy. Countries F, N and R also had firm opinions.

Over the next two days and one jetlag-assisted night, fuelled mainly by bread rolls and caffeine, Chris and the other members of the author team had to heavily and repeatedly revise the chapter in an attempt to reconcile the different concerns of the government negotiators without compromising the scientific basis.

The process went right to the wire, with a flurry of last minute amendments and a tense final contact group before the chapter was adopted with 30 minutes to spare before the final cut-off. At midday on Saturday, that was the last chapter of the guidance to be approved. However, the full report was only formally adopted in plenary at 11pm on Sunday evening (after a series of last minute interventions on another topic by Saudi Arabia).

The 2019 guidance is dedicated to Dr Jim Penman, who led the development of international inventory guidance from the start and worked closely with CEH in his roles at Defra and the Department of Energy and Climate Change. 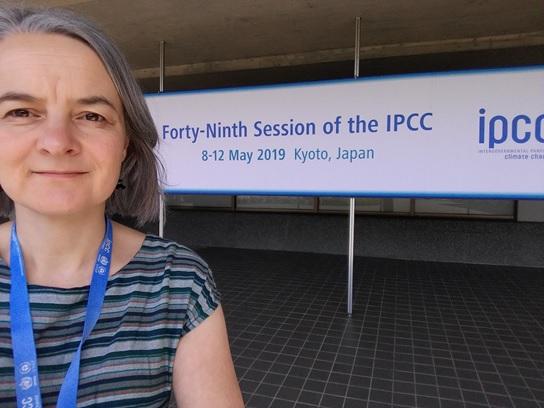 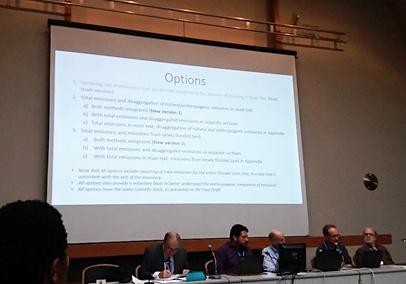 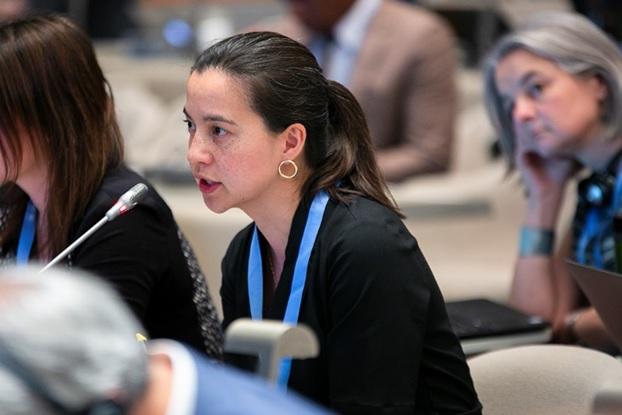 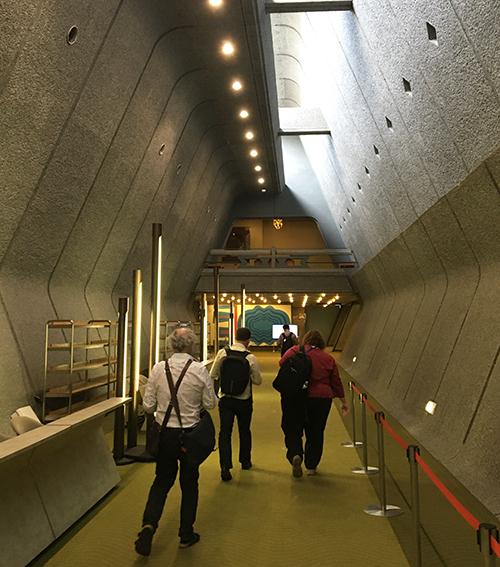