These maps estimate average fertiliser and pesticide applications over the past six years for the whole of England, and England, Wales and Scotland respectively. They offer a unique dataset of application rates at a fine resolution and national scale. These data have been developed to aid UKCEH research into the environmental impacts of agriculture and to help develop sustainable farming solutions.

Anonymised data from the Defra and Scottish Government sponsored British Survey of Fertiliser Practice (2010-2015) was used to derive average, total, annual application of manufactured fertilisers for each crop type per survey location.

A spatial interpolation model was used to predict applications for every 1km grid cell in England.

The total application for each 1km square was then derived using crop areas from CEH Land Cover®plus: Crops (averaged 2015-2017).

Uncertainty maps are presented alongside the fertiliser application maps to quantify the level of confidence in estimated application rates.

County-level data from the Pesticide Usage Survey (2012-2017) was summarised as annual total applications per crop per county per year.

Average annual application rates for each active ingredient (or combination) were modelled as a function of the crop to which they are applied and their location.

Using this model, estimated application rates were produced for each 1km square in England, Wales and Scotland using information on the crops grown from CEH Land Cover® plus: Crop maps (2015-2017). Hence, pesticide application was mapped even for counties where data was missing for some years on some crops.

Uncertainty maps are presented alongside each active ingredient map to quantify the level of confidence in the estimated application rates. Temporal variation in pesticide application is reflected in the uncertainly maps.

Please outline your licence requirements by filling in our web form. For more information, please contact the Data Licensing Team:

Please fill in our form to request map data 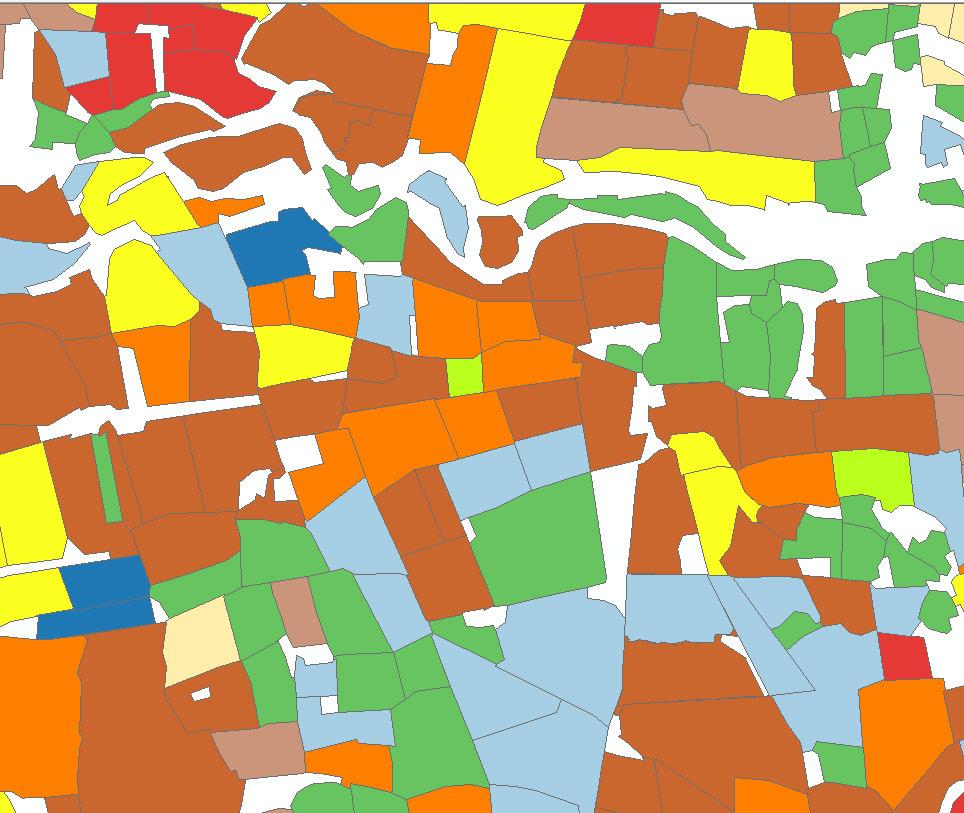