Some threatened UK butterfly species are showing signs of recovery despite an overall decline, annual records have shown.

The results from the annual UK Butterfly Monitoring Scheme (UKBMS) show that after three good years in a row, 2021 was a below average year for these insects in this country, and the worst since 2017. The scheme is led by Butterfly Conservation, the UK Centre for Ecology & Hydrology (UKCEH), the British Trust for Ornithology (BTO) and the Joint Nature Conservation Committee (JNCC).

Following one of the coldest and wettest Mays on record, many common species did poorly in 2021, including Green-veined White, Large White, Large Skipper, Small Skipper and Common Blue. Even some widespread species that have shown long-term increases fared badly last year, with the Ringlet recording its lowest numbers since 2012.

Many species still show major long-term decline such as White Admiral, which recorded its third worst year since 1976 at monitored sites.

However, despite the context of general decline, there were some promising results for a number of threatened species. The endangered Heath Fritillary, which has been the focus of long-term intensive conservation efforts in Kent, Essex and Somerset had a good year and has now increased 112 per cent at monitored sites over the last decade.

It was also a good year for the Silver-studded Blue, classed as ‘vulnerable’ in Britain, whose numbers have increased 70 per cent since the 1970s due to conservation work on its heathland and grassland habitats.

Dr Marc Botham, Butterfly Ecologist at UKCEH, says: “Despite 2021 continuing to be a challenging year for data gathering and conservation activity, we received 476,000 records from more than 2,900 sites over the year, including a record number of standard transects.

“We are incredibly grateful to the thousands of volunteers who were able to carry out monitoring and maintain this invaluable long-term dataset. This enables scientists to measure how butterflies are faring as well as assessing the health of our countryside generally. The UKBMS data are vital in assessing the effectiveness of government policies and progress towards the UK’s biodiversity targets.”

Butterfly populations fluctuate naturally from year to year, but the long-term trends are mainly driven by human activity, particularly deterioration of habitats due to land management and pollution, as well as climate change. The UKBMS data helps conservationists target habitat restoration to support species that are under threat.

Dr Richard Fox of Butterfly Conservation says: “We’re delighted to be seeing some positive signs for species such as the Heath Fritillary, especially when the general long-term picture for UK butterflies is one of great decline. It reinforces the importance of managing and restoring habitat in a way that supports the survival of our butterflies.”

The UKBMS, which has been running since 1976, involves weekly counts of butterflies between April and September on defined transects at locations across the UK.

Sarah Harris of the British Trust for Ornithology, whose volunteers are among those who collect data, says: "The information gleaned from the UKBMS data is not just used to help understand and conserve butterflies, but also to help understand and protect the wider ecosystem on which so many birds, mammals and other species rely.”

The 2021 data from the UK Butterfly Monitoring Scheme is available at UKBMS.org/official-statistics 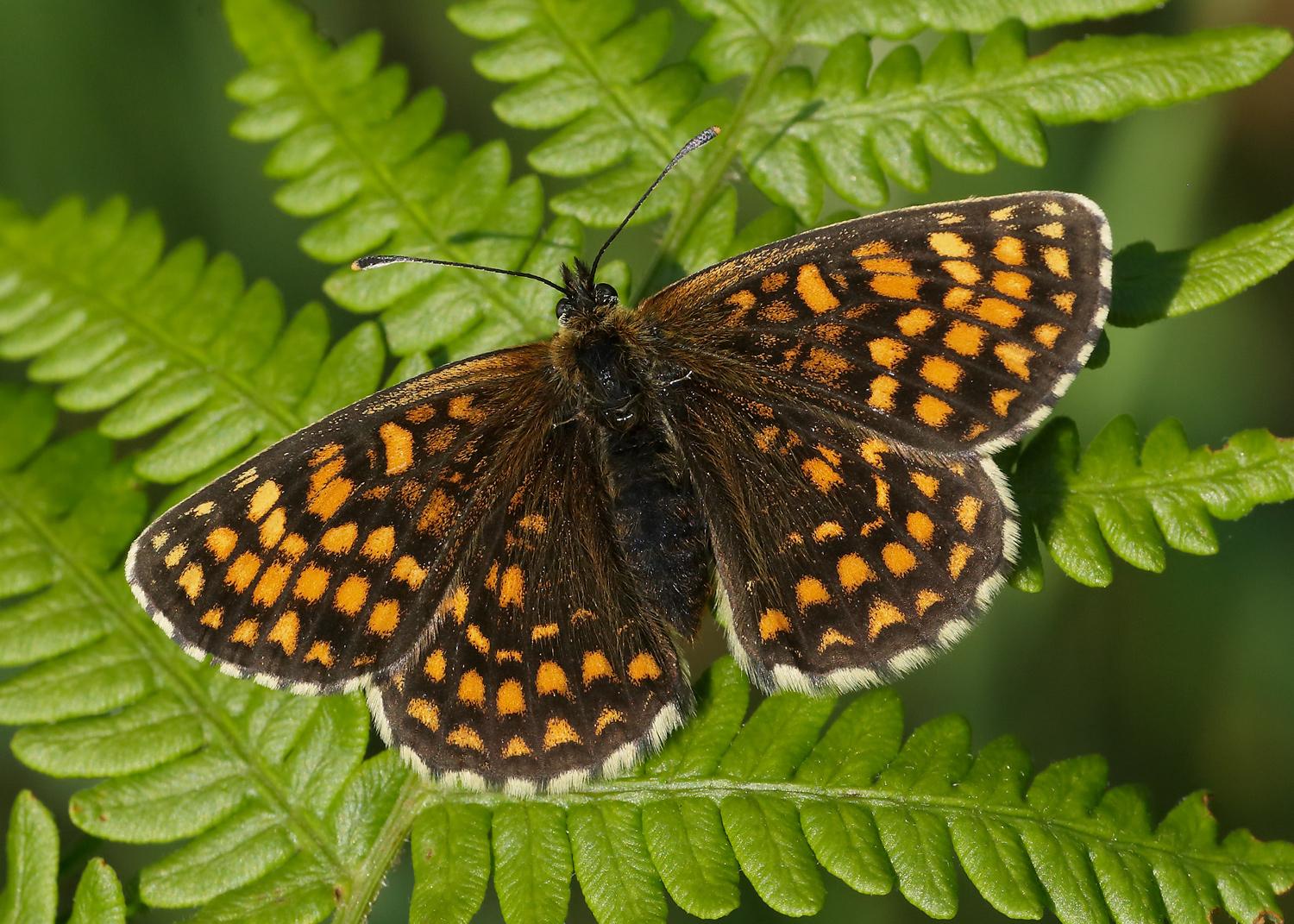 Numbers of the endangered Heath Fritillary has increased 112 per cent at monitored sites over the last decade, thanks to conservation efforts. Photo: Iain H Leach 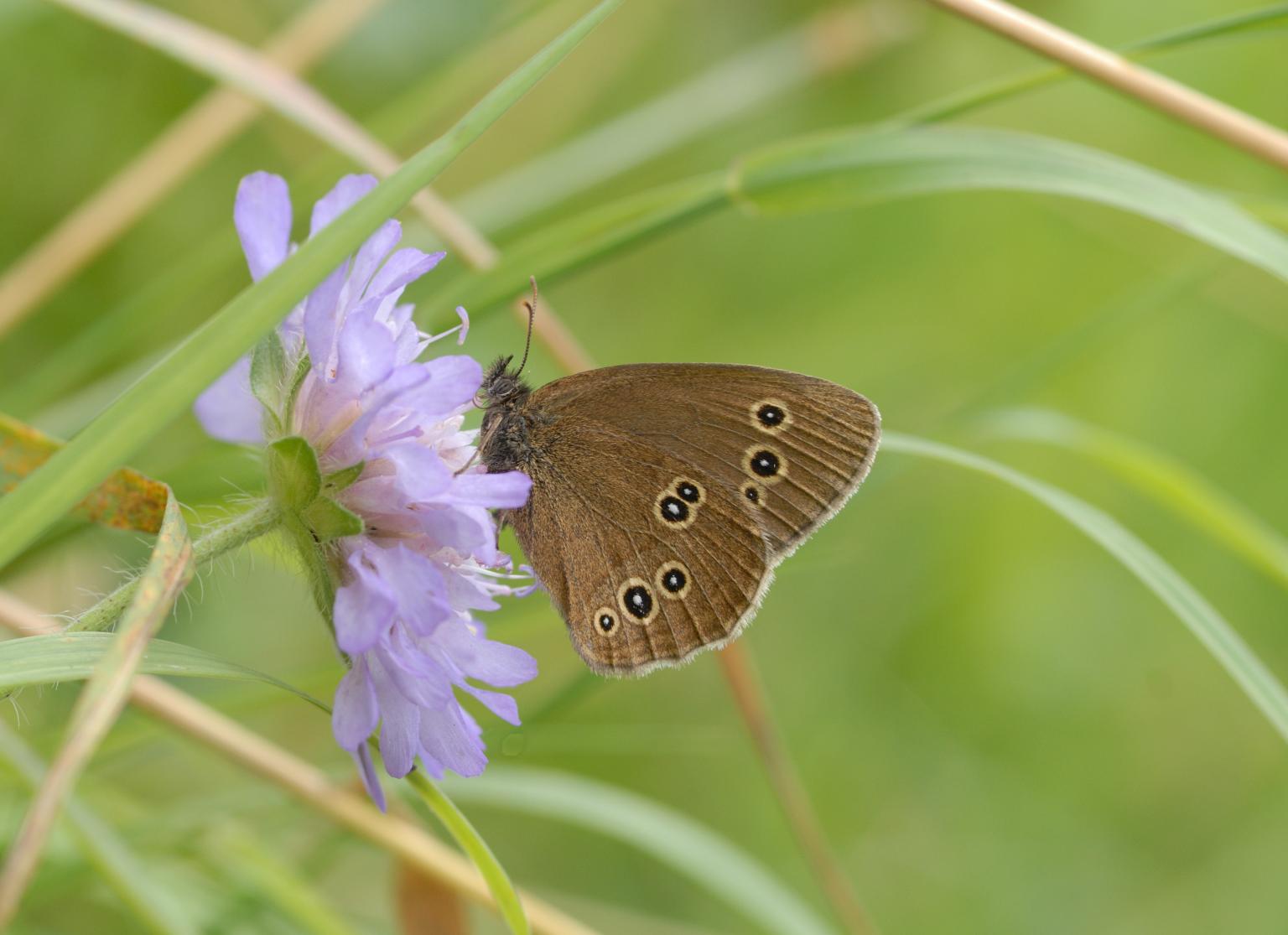 The Ringlet recorded its lowest numbers since 2012. Photo: Jim Asher.