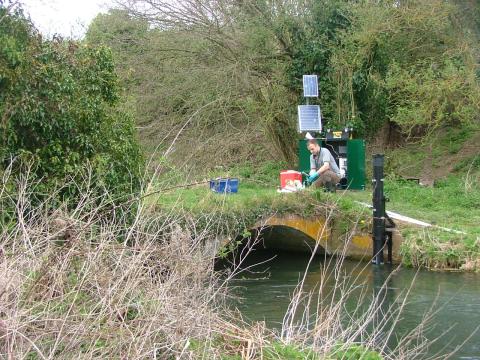 I have 18 years experience in hydro-geomorphology.  Many of my projects have focused on river flow and sediment transport (including its quality) and their ecological impacts.  I led a large project for the Environment Agency that developed prototype tools for evaluating the ecological impacts of floods.   I have worked on projects for DEFRA and Natural England that have involved the collection and assessment of evidence for the effectiveness of agri-environment mitigation schemes and the specification of appropriate monitoring programmes.  I have successfully demonstrated how the novel technique of monitoring natural fluorescence can be used to detect contributions of agricultural pollutants to headwater streams.  I am the CEH champion for research into Working With Natural Processes.  Natural flood management is one of my key areas of interest and I am currently leading a systematic review of evidence for the influence of trees on river flows .  I am experienced in managing large collaborative projects for external customers and have successfully led high profile dissemination workshops (e.g. DEFRA Ecological targeting: March 2016).  I also co-ordinates the science and management of the CEH River Lambourn Observatory (site on a highly protected chalk river).

2000 to present day:   I am employed as a hydrogeomorphologist at the Centre for Ecology and Hydrology, Wallingford.

Extending the evidence base on the ecological impacts of fine sediment and developing a framework for targeting mitigation of agricultural sediment losses (DEFRA; Jul 2009 – Jun 2012) Role: methodological guidance.