A groundbreaking study will enable scientists to better predict future warming of the world’s lakes due to climate change, and the potential threat to cold-water species such as salmon and trout.

Pioneering research led by the UK Centre for Ecology & Hydrology (UKCEH) has devised the first system that classifies lakes globally, placing each of them in one of nine ‘thermal regions’ (see map below). Lakes are grouped depending on their seasonal patterns of surface water temperatures, with the coldest thermal region including lakes in Alaska, Canada, northern Russia and China, and the warmest covering lakes in equatorial South America, Africa, India and south-east Asia.

By incorporating climate change models, the scientists predict that by the year 2100, for the most extreme climate change scenario, average lake temperature will be around 4 degrees Celsius warmer and that 66 per cent of lakes globally will be classified in a warmer thermal region than they are now.

The study – carried out by UKCEH, the Universities of Dundee, Glasgow, Reading and Stirling, plus the Dundalk Institute of Technology – was funded by the Natural Environment Research Council (NERC) and has been published in the journal Nature Communications.

Professor Stephen Maberly of UKCEH, lead author of the study, explains: “Thanks to cutting-edge analysis using satellite images of more than 700 lakes, taken twice a month over 16 years, we produced the first global lake temperature classification scheme. By combining this with a lake model and climate change scenarios we were able to identify that northern lakes, such as those in the UK, will be particularly sensitive to climate change.” 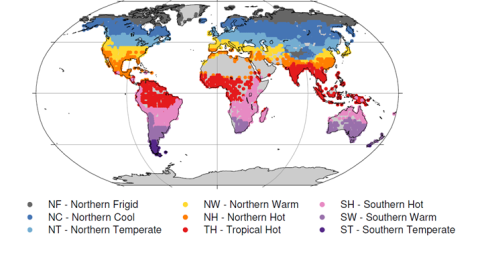 Lakes with similar seasonal patterns of surface water temperatures are grouped together in a thermal region. The range in terms of relative temperature is from frigid, to cool, to temperate, to warm, to hot. Tropical Hot, in red, on and around the Equator, is the hottest of the nine thermal regions.

Even relatively small changes in temperature can have a significant negative impact on aquatic wildlife, affecting the speed at which organisms grow and feed, and when they reproduce. As species do not react in the same way, prey and predators have increasingly different breeding and feeding cycles, reducing the amount of potential food available. Warming also increases the risk of harmful algal blooms, which can have a negative impact on aquatic plants and fish.

Professor Maberly says: “Cold-water fish species in particular can be stressed by warmer temperatures. The potential negative impact on salmonids such as salmon, trout and Arctic charr, for example, is concerning because they play a central ecological role within food webs and also have great economic importance.”

Professor Andrew Tyler of the University of Stirling, who led the overall project, GloboLakes, says: “This is an example of pioneering UK-led research that has delivered the capability to monitor our inland waters at the global scale from satellite based platforms. This is not only yielding new insights into the impacts of climate change, but also the evidence base from which to better manage these ecologically sensitive environments and mitigate against the effects of change.”

An app to classify lakes into the nine thermal regions is available in the R programming language at GitHub – https://github.com/ruth-odonnell/LakeThermalRegions/

For media enquiries
For interviews and further information, please contact Simon Williams, Media Relations Officer at UKCEH, via simwil@ceh.ac.uk or +44 (0)7920 295384.

About the UK Centre for Ecology & Hydrology (UKCEH)
The UK Centre for Ecology & Hydrology is a centre for excellence in environmental science across water, land and air. Our 500 scientists work to understand the environment, how it sustains life and the human impact on it – so that together, people and nature can prosper.
We have a long history of investigating, monitoring and modelling environmental change, and our science makes a positive difference in the world. The issues our science addresses include: air pollution, biodiversity, biosecurity, chemical risks, extreme weather events, droughts, floods, greenhouse gas emissions, land use, soil health, sustainable agriculture, sustainable ecosystems, sustainable macronutrient use, and water resources management.
The UK Centre for Ecology & Hydrology is a strategic delivery partner for the Natural Environment Research Council, part of UK Research and Innovation.
www.ceh.ac.uk    / @UK_CEH 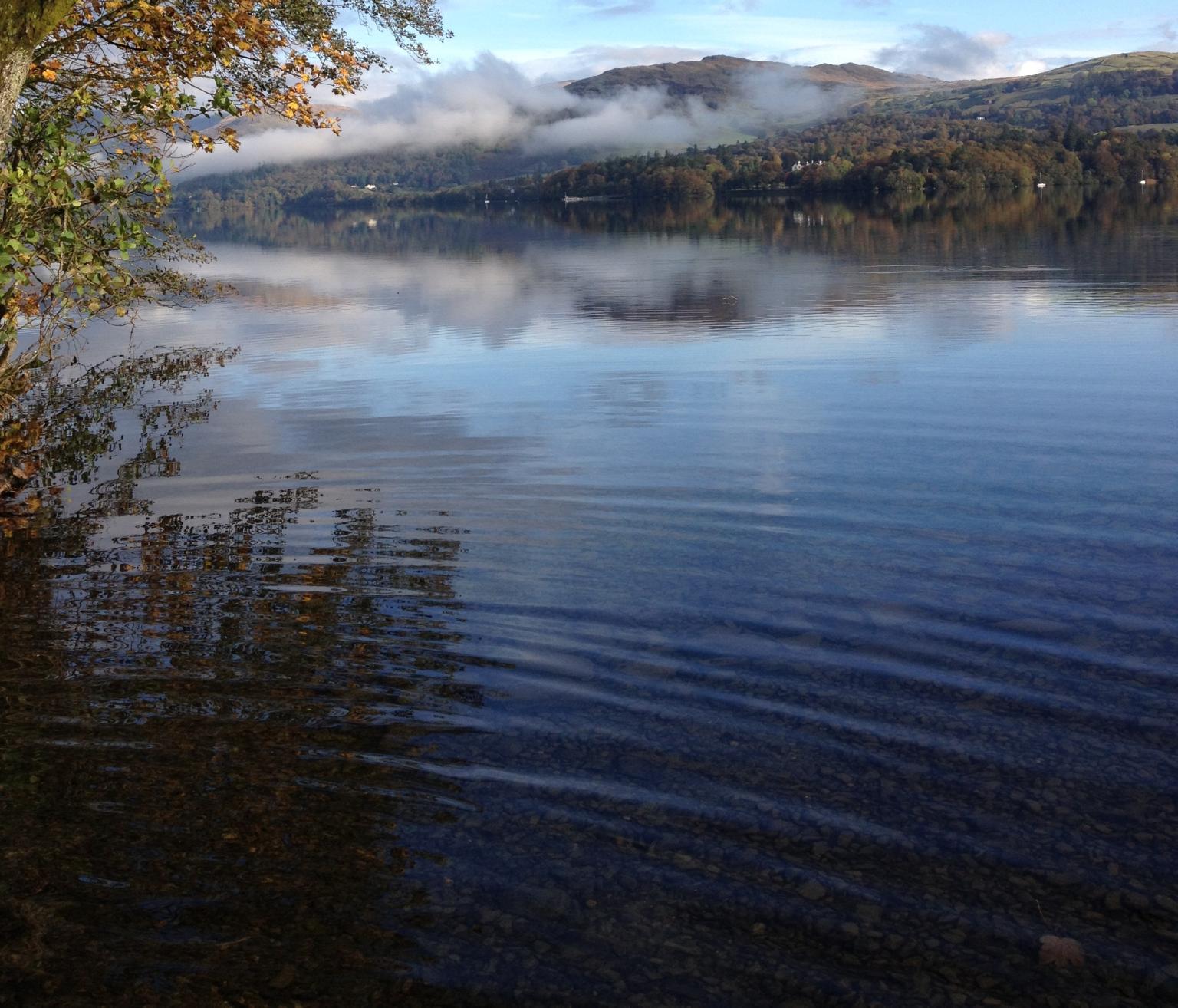