Protected natural areas of the UK are struggling to halt declines in insects and spiders that have occurred over the past 30 years, according to a new study led by researchers from the UK Centre for Ecology & Hydrology (UKCEH).

Nature reserves, Sites of Special Scientific Interest (SSSIs), Special Areas of Conservation and other forms of protected habitat have long been regarded as a key tool in conservation efforts to preserve and restore natural habitats.

But the new study, which collated nearly one million records for more than 1,230 invertebrate species between 1990 and 2018, suggests these protected areas are just as susceptible to the wider declines in biodiversity occurring across the country.

The authors found that protected areas were richer in species than unprotected areas of the country, but both areas have suffered similar rates of decline in native insects and spiders over the past 30 years.

Pollinators, such as bees and hoverflies, have suffered particularly severe declines, according to the findings.

The results suggest that while protected areas are helping to conserve valuable habitats and the species within them, they need more assistance to tackle wider threats posed by climate change, pollution and invasive species that are causing biodiversity loss across the country.

"We see parallel trends for invertebrates in both protected and unprotected areas,” said Dr Rob Cooke, an ecological modeller at UKCEH and lead author of the study. “It is worrying, as you would expect species to show more positive trends in protected areas.”

The study, which is published in the journal Biological Conservation, used data from a number of different invertebrate recording schemes across the UK that contained observations of ants, bees, hoverflies, ladybirds, spiders and wasps. Dr Cooke, together with UKCEH colleagues Dr Francesca Mancini, Dr Robin Boyd, Dr Nick Isaac and researchers at the University of Sheffield, then examined changes in biodiversity through the study period.

The researchers conclude that the large number of protected areas around the UK could play a bigger role in the future. Protected areas have supported some notable conservation success stories, such as the bittern, the ladybird spider and the chalkhill blue butterfly. But the authors suggest more can be done to ensure protected areas are benefitting all of the country's biodiversity. They say evidence-based policies, targets and management focused more on the effectiveness, rather than just the coverage of protected areas, may be needed.

Dr Cooke added: "I think the positive thing we can take from this is that we have a clear opportunity to make protected areas better for biodiversity.”

The study collated data from groups of species to improve the accuracy of the modelling results. This meant there was less certainty over exactly how much individual species have declined or improved over the study period. But examples of rare species that have benefited from being in protected areas include the ivy bee, the red-headed ladybird, ruby-tailed wasp and jumping spider species.

The authors are grateful to the members of the following organisations whose records were used in the study: the UK Bees, Wasps and Ants Recording Society (BWARS); the UK Hoverfly Recording Scheme; the UK Ladybird Survey; and the Spider Recording Scheme.

The study was supported by the Terrestrial Surveillance Development and Analysis partnership of the UK Centre for Ecology & Hydrology; the British Trust for Ornithology; and the Joint Nature Conservation Committee, as well as NatureScot; Natural England; Natural Resources Wales; the Department of Agriculture, Environment and Rural Affairs, Northern Ireland; and the Natural Environment Research Council. 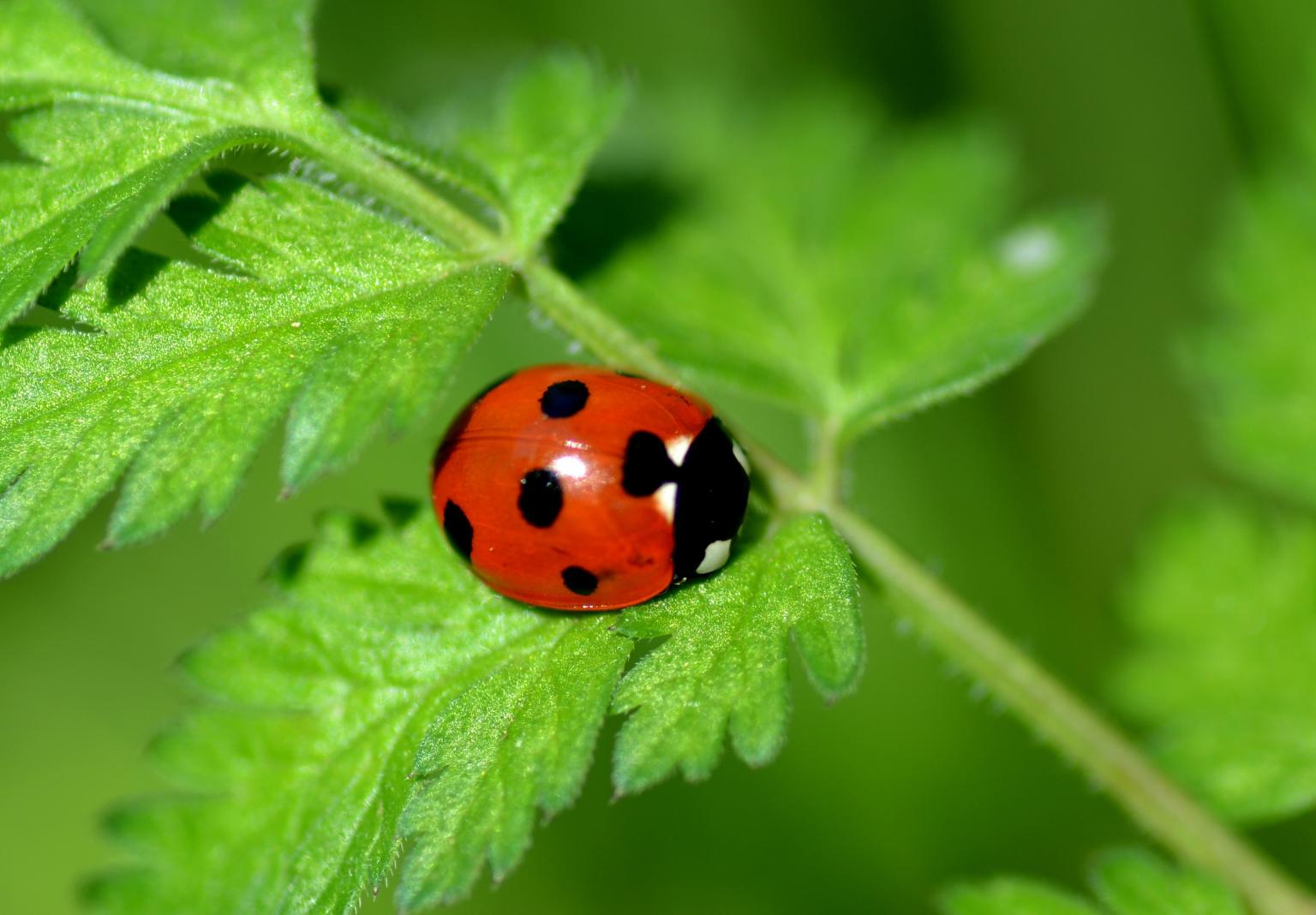 The seven-spot ladybird (photo Denise Pallett) is an example of a common invertebrate that has declined in protected areas in the UK over the last three decades.