Scientific data confirm British farmers’ fears that this is the worst harvest for at least 25 years, following a year of extreme weather.

Analyses by the UK Centre for Ecology & Hydrology (UKCEH) have revealed the extent of the reductions in the amount of arable land sown with crops and also the yield at harvest. This comes after a triple whammy for farmers: torrential rain at crucial times hampered sowing of most types of crops, an exceptionally dry spring affected plant growth and finally heavy downpours in August created very challenging harvesting conditions.

Data from satellites show there was a dramatic reduction in the area planted with the traditionally higher yielding and more profitable autumn-sown crops*, including wheat and oilseed rape, largely due to the exceptionally wet autumn and winter resulting in saturated ground conditions. In Great Britain, there was a reduction of around 40 per cent in area of these crops, compared to the average for the previous five years. Some areas were even worse hit, with coverage of autumn-sown crops down by around 70 per cent in the East Midlands.

Saturated ground caused by torrential rain in February/early March also hampered the planting of the spring-sown crops such as barley.

Added to this, real-time measurements from combine harvesters show that the actual yield at harvest for the wheat, oilseed rape and barley that was sown was down by an average of around 15 per cent.

The extreme weather over several months has reduced both the quantity and quality of UK crops this harvest, hitting farmers’ incomes. UKCEH scientists and farming organisations have warned it could be increasingly difficult for farmers to deal with the impacts of more frequent extreme weather events linked to climate change, with the past decade seeing more extreme wet and dry spells.

Dr William Fincham, a Spatial Ecological Modeller at UKCEH, who collated the crop yield data, says: “It really has been a ‘perfect storm’ where British farmers have faced many challenges in the past few months due to the extreme weather, and the actual figures from this year’s harvest confirm the widely predicted large falls in yields of most crops.

“High investment by farmers in fertilisers, pesticides and machinery has generally ensured good yields in the past, but increasingly extreme weather makes it harder for them to make up the difference. Farmers may need to widen the range of crops grown and change some agricultural practices in future to help spread the risk.”

Crop maps produced annually by UKCEH and Remote Sensing Applications Consultants use satellite data to show the type of crop grown in all two million fields across Great Britain. This year’s map revealed the area of winter wheat grown was down across the whole country by 44 per cent, winter barley by 37 per cent and oilseed rape by 38 per cent, compared with the average for the previous five years.

Meanwhile, separate UKCEH analysis of detailed data on yields collected during the last two months from more than 500 fields across 100 farms in England has shown an average fall in yield across these crops of around 15 per cent, compared to the five-year mean, with the tonnage per hectare in some places down by as much as two-thirds.

Berkshire wheat grower Nick Philp says the volume of crop harvested this year is down by 25 per cent compared to the average over the previous five years, which is what he had budgeted for. This amounted to a combined loss of £200,000 for the farm and its clients. Mr Philp adds: “Without doubt we are seeing more extremes of drought and wet weather. Therefore, we need to develop resilience in our agricultural soils and wider environment. Soil science has a massive part to play in developing resilience but also mitigating climate change with the ability to store carbon.”

Julian Gold, Soil Farmer of the Year 2019, who grows wheat, barley, oil seed rape and beans at the Oxfordshire farm he manages, agrees. He says: “This year has shown that moisture-retentive, well-structured high-organic-matter soils can still deliver acceptable yields in seasons with inclement weather patterns. The high input, high-output systems are too risky in an era of unsettled weather patterns; yield is bought with expensive and environmentally unfriendly chemicals that may not give a payback if weather effects are the overriding yield-limiting factor.”

Both farmers contribute to the UKCEH-run crop yield network, which is providing real-time data as part of long-term surveillance of the impact of environmental factors on yield. This, together with the crop maps, are part of ASSIST, a long-term research programme which is working with farmers to develop new practices that minimise the impact of climate change on crop production in ways that are sustainable for both businesses and the environment.

Professor Richard Pywell of UKCEH, who leads ASSIST, says: “Modern sensor technology on satellites and combine harvesters is providing us with an early warning of potential problems with our food supply. It also enables farmers to identify the areas of fields and farms where yields are less resilient to extreme weather and action should be taken.”

*The crop map defines winter vs. spring sown cereals according to the estimated sowing date of the harvested crop.  Winter sown cereals are those with distinctive evidence of a growing crop in the field by late February to early March.  Cereal crops which appear later in the year than this are classified as spring sown.

East Midlands saw the biggest reductions in planting of three main autumn/winter-sown crops, with winter wheat coverage down 72 per cent, winter barley 68 per cent and oilseed rape 57 per cent, compared to the average for the previous five years. In Scotland, the least affected area, wheat was down 11 per cent, and barley and oilseed rape around four per cent. A table giving the total area (in hectares) planted with winter wheat, winter barley and oilseed rape, in each of the past five years in Great Britain and also in each region, as well as the reduction (in percentage) compared to the average for the previous five years, is available on request.

Meanwhile, data from fields in the ASSIST network show yields of winter wheat, oilseed rape, winter barley and spring barley were down around 15 per cent, compared to the previous five-year average. The ASSIST yield data come from high-tech software in combine harvesters, which take real-time measurements at least every 15 seconds, thereby showing detailed patterns of yield within individual fields.

Compared to Defra’s long-term data for both annual crop coverage and crop yields, these are the biggest reductions in comparison to the five-year average for at least 25 years.

About the ASSIST (Achieving Sustainable Agricultural Systems) programme
The UK Centre for Ecology & Hydrology is working in partnership with Rothamsted Research and the British Geological Survey on ASSIST, which runs from 2016-2022. With support from the farming industry, it will provide new knowledge, data, tools and an infrastructure of study farms to meet the challenge of feeding growing populations without causing unacceptable environmental damage. This £12m National Capability programme is funded by the Natural Environment Research Council (NERC) and the Biotechnology and Biological Sciences Research Council (BBSRC). https://assist.ceh.ac.uk/ 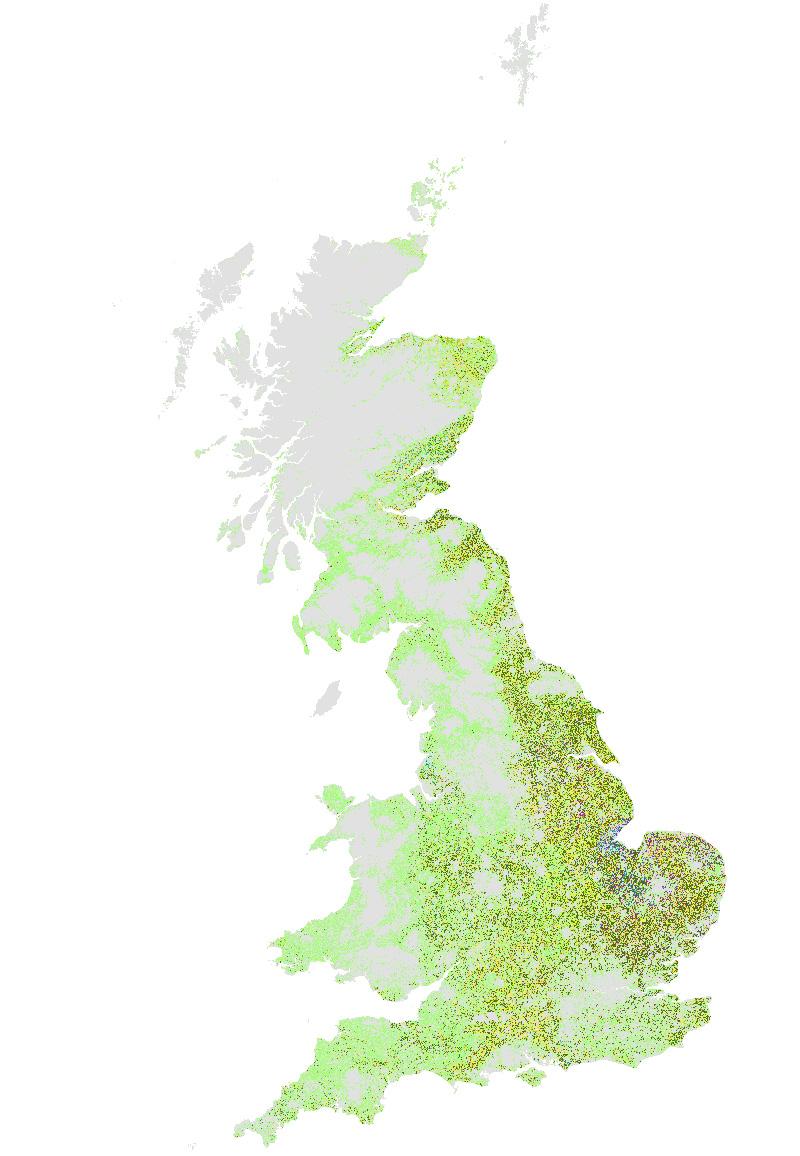 Crop maps produced annually by UKCEH and Remote Sensing Applications Consultants use satellite data to show the type of crop grown in all two million fields across Great Britain. 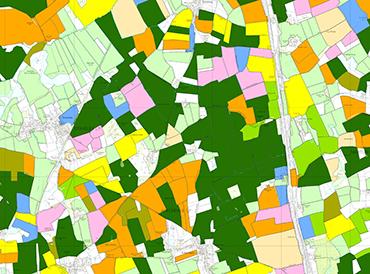