The impact of a changing climate on the severity of flooding has been demonstrated in the largest-scale study of its kind – with parts of northern Britain seeing the largest increase in Europe.

A multinational research team, which looked at river flow data from thousands of locations over a 50-year period, found that flood events are becoming increasingly severe in north-western Europe, including the UK, but decreasing in severity in southern and Eastern Europe.

The change ranges from an 11 per cent increase per decade in flood levels in northern England and southern Scotland to a 23 per cent reduction in parts of Russia, with the researchers saying their findings provide the clearest evidence yet, at the European scale, of the link between climate change and flooding.

The study ­­– published in the journal Nature – was led by the Vienna University of Technology and involved research institutions in 24 European countries, including the Centre for Ecology & Hydrology (CEH); the University of Bath; and the University of Liverpool from the UK.

The lead author, Professor Günter Blöschl of the Vienna University of Technology, says: "We already knew that climate change is shifting the timing of floods in a year, but the key question had been, ‘Does climate change also control the magnitude of flood events?’. Our study did in fact find there are consistent patterns of flood change across Europe and these are in line with predicted climate change impacts, such as a contrast between increasing severity of flooding in the north and decreases in the south.”

Scientists have long suspected that human-induced climate change is having an impact on the magnitude of flood waters because a warmer atmosphere can store more water, although this is not the only factor leading to flood changes in a warming world. However, until now, the extent to which climate change affects the severity of floods across Europe has not been clear because previous studies have been on a smaller scale due to a lack of access to data from parts of the continent.

But, thanks to a large-scale European collaboration involving almost 50 scientists from 35 institutions in 24 countries, the new study has been able to draw upon a huge amount of data, with the researchers analysing records from 3,738 flood measurement stations across Europe from the period 1960 to 2010.

Jamie Hannaford of the UK‘s Centre for Ecology & Hydrology, one of the scientists who was involved in the research, says: “This timely study adds to a growing body of evidence that shows that flood magnitude has increased in the UK over the last five decades, particularly in parts of northern and western Britain.

“We show this is part of a continent-wide pattern of changes in flooding which is in line with what we may expect in a warming world. This highlights the importance of long-term hydrological monitoring and the benefits of data sharing and collaboration at a European scale in order to better understand the mechanisms behind observed changes in flooding.”

The evaluation of data from the measurement stations over the 50-year period studied revealed trends in different regions of Europe.

In central and north-western Europe, floods are increasing because precipitation (rain, snow, sleet or hail) is increasing and soils are becoming wetter.

In southern Europe, on the other hand, flood levels are decreasing, as climate change results in declining precipitation and the higher temperatures cause increased evaporation of water in the soil. However, in Mediterranean areas, for small rivers floods may be becoming larger due to more frequent thunderstorms and land management changes such as deforestation.

In Eastern Europe, flood levels are also decreasing, which is due to shallower snow packs in winter associated with the higher temperatures.

If the trends in changing severity of flooding continue into the future, major increases in flood risk can be expected in many regions of Europe. The total annual bill from flood damage ­– estimated currently to be $100 billion worldwide – is continuing to rise, along with the devastating impact on communities. The researchers therefore advise policymakers to include their findings in their flood management strategies.

Dr Neil Macdonald of the University of Liverpool, a co-author of the study, says: "Flood management must adapt to the realities of our changing climate and associated flood risk over the coming decades.”

Dr Thomas Kjeldsen of the University of Bath, another co-author, adds: “Incorporating the evidence of increasing flood risk into engineering design and general flood management would ensure we are better prepared for future changes – a point also raised in the Government’s National Flood Resilience Review.”

For interviews and further information, please contact Simon Williams, Media Relations Officer at the Centre for Ecology & Hydrology, via simwil@ceh.ac.uk or 07920 295384

More information about the Vienna University of Technology (TU Wein) can be found here https://www.tuwien.at/en/   @ tuvienna

More information about the Centre for Ecology & Hydrology can be found here www.ceh.ac.uk @CEHScienceNews

More information about the University of Bath can be found here https://www.bath.ac.uk/   @UniOfBath

More information about The University of Liverpool can be found here https://www.liverpool.ac.uk/   @LivUni 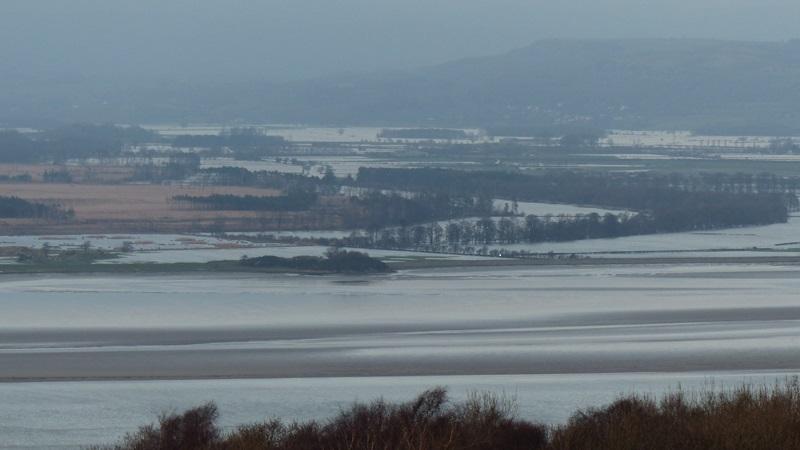