Scientists from the UK Centre for Ecology & Hydrology (UKCEH) spent a decade intensively monitoring the impacts of a large-scale Defra-funded experiment at Hillesden, a 1,000-hectare commercial arable farm in Buckinghamshire. Beginning in 2005, this involved creating several wildlife habitats, including seed-bearing plants for birds, wildflowers for pollinators and tussocky grass margins to support a range of birds, insects and small mammals.

The experiment assessed the effectiveness of these agri-environmental measures in reducing biodiversity losses caused by the intensification of UK farming practices since the Second World War, including declines in species that are essential for agricultural production such as pollinators and predators of crop pests.

In the longest-running monitoring study of its kind, researchers found numbers of the majority of species did better at Hillesden than in other comparable farmed landscapes without agri-environment measures over the same timeframes. There were increases of a third across populations of all bird species between 2006 and 2016, compared to an average of just under 13 per cent at other monitored sites, and 40 per cent among all butterflies 2009-2017, compared to 21 per cent elsewhere.

A previous UKCEH study of six years’ harvesting data found overall yields at Hillesden were maintained – and enhanced for some crops – despite the loss of agricultural land for habitat creation.

Abundance of the common linnet more than doubled at Hillesden, while other seed-eating birds that fared better there compared to other sites included yellowhammer and chaffinch. Meanwhile, birds that usually feed on insects benefited from the shelter provided by hedges and grass margins, including the great tit (up 88 per cent) and blue tit (up 73 per cent).

Butterflies that did particularly well at Hillesden over the period studied included the gatekeeper, which feeds on grasses and the green-veined white, which feeds on wildflowers in field margins. The numbers of both species doubled over the period studied.
Although previous scientific studies have shown bird and butterfly numbers are higher where agri-environment options are present, these have tended to be short term and limited in scale, so it has been difficult to show that the increases are not just down to lots of individuals moving within the local landscape or only providing a short-term boost to for populations

Dr John Redhead of UKCEH, lead author of the new research paper, published in the Journal of Applied Ecology, explains: “Investigating changes in populations over a significant period of time, and comparing these with other sites, means we can be confident that agri-environment options can bring long-term term benefits for bird and butterfly populations.

“Hillesden is a typical, large arable farm with conventional agricultural practices, in an ordinary landscape with no large patches of natural habitat. Therefore, it is likely that the results of our long-term study indicate what can be achieved on other commercial farms with good planning, implementation and management of agri-environment measures.”

The study of the resulting changes in bird and butterfly populations at Hillesden was carried out by UKCEH and the Wildlife Farming Company, while the British Trust for Ornithology (BTO) and Butterfly Conservation provided data from other farmed landscapes for comparison.

The areas of land taken out of food production for the experiment at Hillesden had been chosen because they were unprofitable or difficult to farm, and the new habitats encouraged increased pollination and natural pest control, thereby boosting crop yield in those parts of the farm.

Marek Nowakowski of the Wildlife Farming Company says: “The Hillesden study shows that it is possible to balance wildlife conservation with efficient food production. I am confident other farmers could achieve similar results with the right training and advice.”

The researchers monitored populations of 12 widespread bird species and nine butterfly species. The only species that did significantly worse at Hillesden compared to other sites was the small white butterfly – a pest species that feeds mostly on cultivated brassicas like oilseed rape. The study authors say declines may be due to predation or competition as a result of an increase in beneficial species.

Hillesden has kept the wildlife habitats created as part of the experiment and incorporated these into a Countryside Stewardship Scheme. It is also one of the farms working with UKCEH in trialling in-field strips to explore how these habitats could boost populations of pest-controlling insects and reduce the need for pesticides.

Robin Faccenda, owner of the Hillesden estate, says: “In these challenging times the need to balance profitable farming with increased wildlife delivery has never been more important. My advice to anyone wishing to improve the wildlife on their farm would be to get good advice and create a range of appropriate quality habitats.”

John Redhead et al. 2022. The effect of a decade of agri-environment intervention in a lowland farm landscape on population trends of birds and butterflies. Journal of Applied Ecology. DOI: 10.1111/1365-2664.14246 (Open access.)

For media enquiries
A copy of the paper and photographs are available on request. For interviews and further information, please contact Simon Williams, Media Relations Officer at UKCEH, via simwil@ceh.ac.uk or +44 (0)7920 295384. 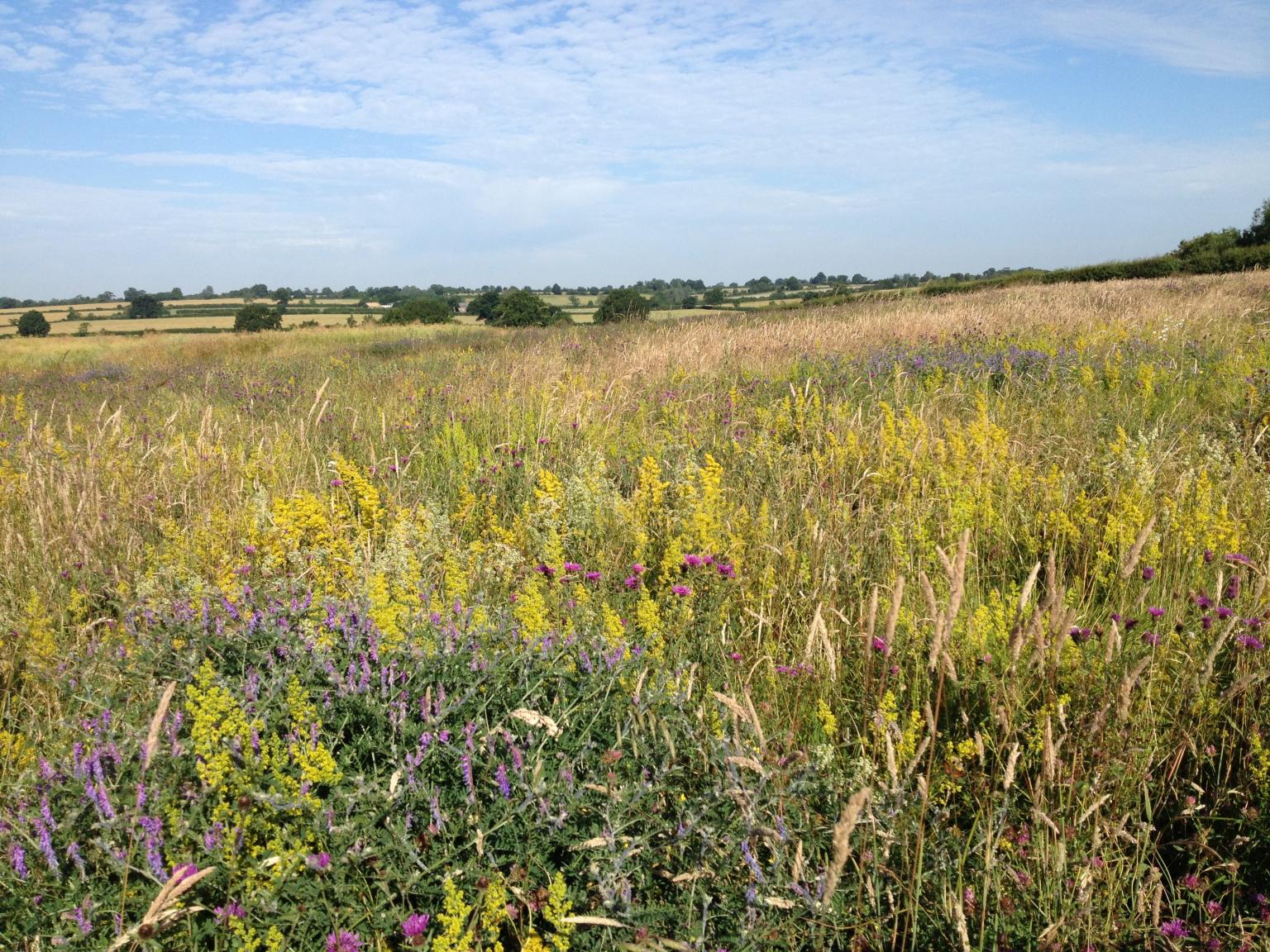 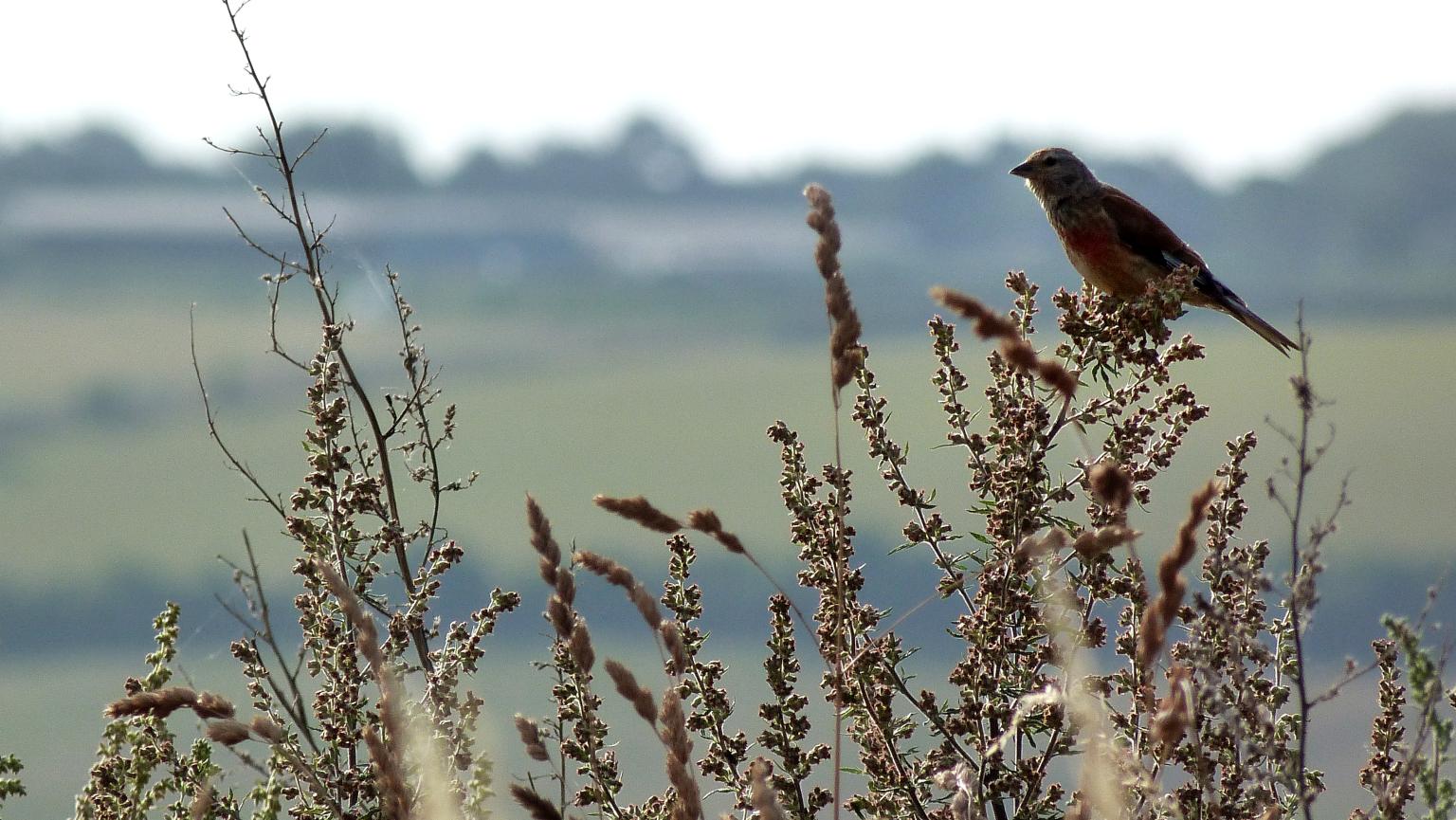 Numbers of the linnet, a seed-eating bird, doubled at Hillesden over the period studied, as did the gatekeeper butterfly, below. 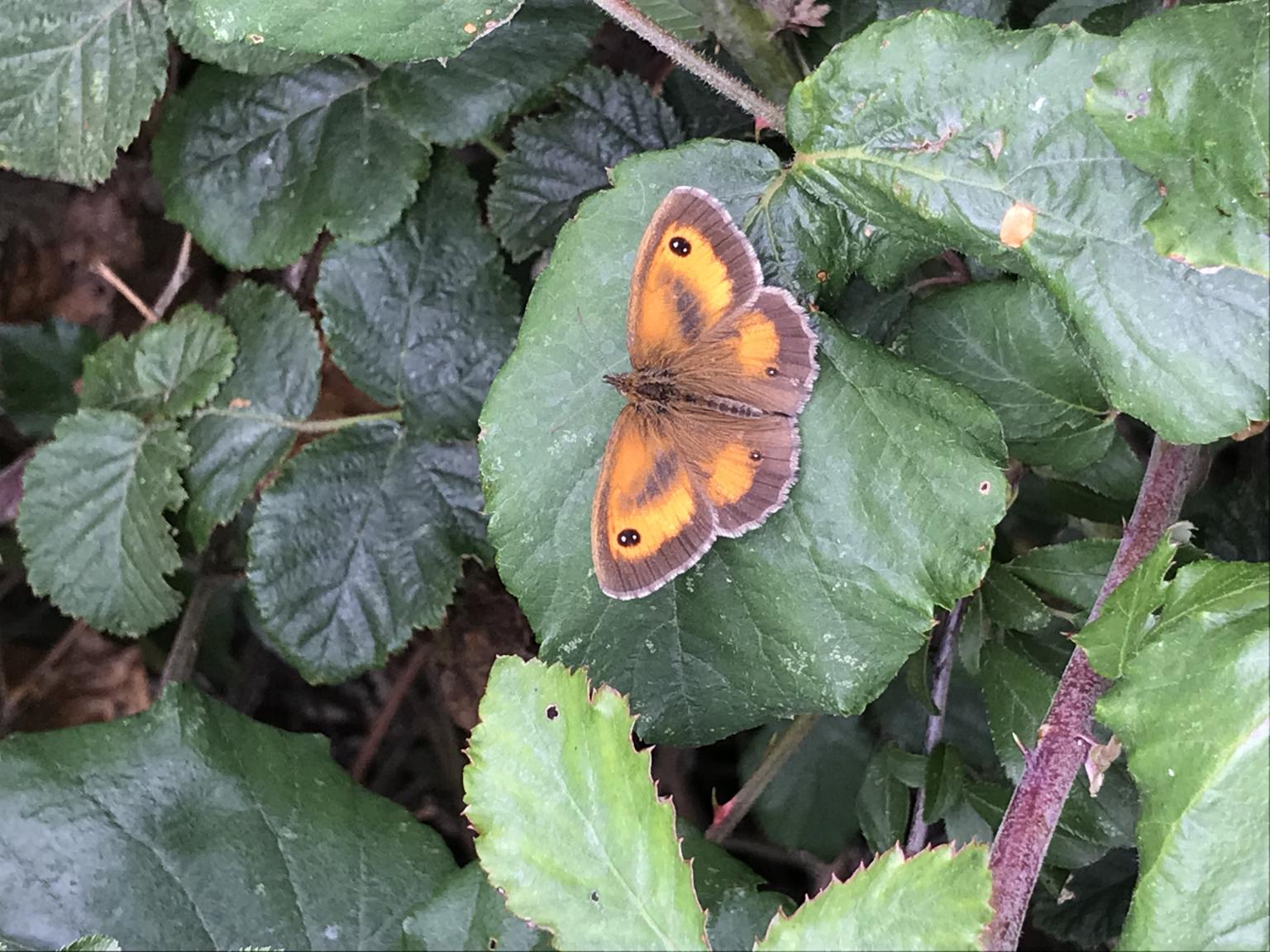