The amount of antibiotics entering the River Thames would need to be cut by as much as 80 per cent to avoid the development and spread of antibiotic-resistant ‘superbugs’, a new study has shown.

The study comes after England’s chief medical officer Professor Dame Sally Davies warned last week that bugs resistant to antibiotics could pose a more immediate risk to humanity than climate change, and may kill at least
10 million people a year across the world.

Dr Andrew Singer of the Centre for Ecology & Hydrology, who led the study, says: “Rivers are a ‘reservoir’ for antibiotic-resistant bacteria which can quickly spread to people via water, soil, air, food and animals. Our beaches offer a similar risk. It has been shown that surfers are four times more likely to carry drug-resistant bacteria than non-surfers.”

How antibiotics get into our rivers

Up to 90% of prescribed antibiotics taken by people pass through the body and into the sewerage system, where about half end up in rivers when effluent is discharged.

Dr Singer explains: “The release of drugs and bugs into our rivers increases the likelihood of antibiotic-resistant genes being shared, either through mutation or ‘bacterial sex’. This is the first step towards the development of superbugs as the drugs used to fight them will no longer work. Environmental pollution from drugs and bugs is a serious problem that we need to find solutions to.”

The CEH-led research was based on prescription data from clinical commissioning groups for two classes of antibiotics – macrolides, such as erythromycin and azithromycin, and fluoroquinolones such as ciprofloxacin, levofloxacin and moxifloxacin.

Macrolides treat a range of respiratory and sexually transmitted infections such as pneumonia, whooping cough and chlamydia, while fluoroquinolones treat respiratory and urinary tract infections. These were chosen for the study because they biodegrade slowly while other antibiotics such as penicillin biodegrade before they get to the river.

There are a number of different ways we could reduce the amount of antibiotics entering rivers, including:

reducing inappropriate prescriptions1, either because the antibiotics will not reduce the infection, or the course of treatment is longer than is medically necessary
preventative action so fewer medicines are needed in the first place, such as more rapid diagnosis of medical conditions, greater uptake of vaccinations for illnesses and better hygiene controls in hospitals.
increased investment in research and development of new wastewater treatment processes that would remove the drugs and bugs from sewage.

Thames Water recognises that antibiotic resistance in water is an emerging risk and that more work needs to be done on how best to manage it3.

The study – Translating antibiotic prescribing into antibiotic resistance in the environment: a hazard characterisation case study – which also involved Royal Holloway, University of London, and received funding from UKRI, has been published in the journal PLOS ONE.

References
1. A 2018 paper led by Public Health England estimated up to 23 per cent of prescriptions in primary care were ‘inappropriate’ either because the drugs will have marginal or no effect on the infection or the prescribed course of treatment is longer than the recommended guidelines. Smieszek et al. 2018. Potential for reducing inappropriate antibiotic prescribing in English primary care. Journal of Antimicrobial Chemotherapy. DOI: 10.1093/jac/dkx500
2. PHE report, p31:

Methodology
The study used NHS prescription data for the two classes of antibiotics, macrolides and fluoroquinolones, in the year 2015. The study focused on the clinical commissioning groups of Oxfordshire, Gloucestershire, Swindon and Wiltshire. The model estimated the concentration of antibiotics that would accumulate in the stretches of river found within the River Thames catchment (the river and its tributaries west of Teddington) as a result of the known NHS prescription data. These environmental concentrations were compared to model estimates of the minimum level of antibiotic that can drive antibiotic resistance. Stretches within the River Thames catchment where there was an elevated risk of driving antibiotic resistance were quantified for the purpose of hazard characterisation in order to know how much of the catchment supported antibiotic resistance development. By reducing prescribing of the study antibiotics and re-running the above methodology, we were able to determine the maximum level of antibiotic prescribing that would not support antibiotic resistance development

About the Centre for Ecology & Hydrology
The Centre for Ecology & Hydrology (CEH) is the UK’s centre for excellence in environmental science across air, land and water. CEH is a Natural Environment Research Council (NERC) research institute, part of UK Research and Innovation (UKRI). Our research extends from molecular biology to global climate modelling, and our fieldwork is carried out across the world, from the peatlands of Scotland to the semi-arid West African Sahel. For over 50 years, our experts have monitored and modelled environmental change, generating evidence-driven solutions to complex environmental challenges. We are home to over 350 environmental scientists, based across four sites in Edinburgh, Lancaster, Bangor and Wallingford.
www.ceh.ac.uk    @CEHScienceNews 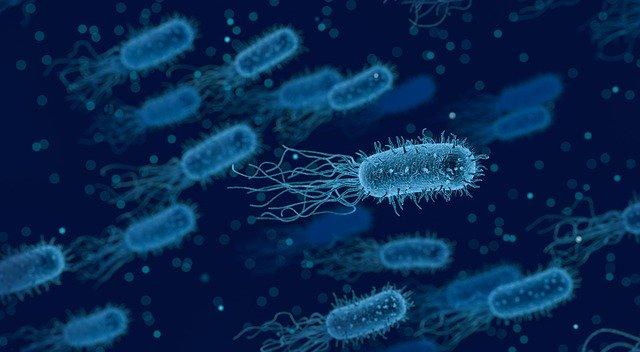