Exposure to air pollution (both outdoor and indoor) is a leading cause of 5.5 million premature deaths annually according to the Global Burden of Disease1.

Kenya’s capital, Nairobi, is known to frequently exceed the World Health Organization’s (WHO's) 24-hour guideline value for Particulate Matter of less than 2.5 µm (PM2.5).  In Nairobi’s informal settlements, where 60% of the population live, sources of outdoor air pollution are mainly dust, human and animal emissions, open burning of waste, transport and local industry, while high levels of indoor air pollution are attributed to use of traditional energy sources for cooking and heating.

The 2030 Agenda for Sustainable Development offers an opportunity to tackle air pollution, because improving air quality is essential for achieving the Sustainable development Goals (SDGs). This particularly relates to the goals for inclusive, sustainable and resilient development enabling communities to have good health and well-being (SDG No. 3) and sustainable clean energy (SDG No. 7). In 2014 the United Nations Environment Assembly (UNEA) adopted a resolution for air quality (AQ), which encouraged governments to set standards and policies across multiple sectors in order to manage the negative impacts of air pollution.

PM is composed of many different chemicals. The chemical species composition of poor AQ needs to be analysed in order to target mitigation. For example, ammonia (NH3), emitted from human and animal effluent, is an important contributor to secondary PM in European climates3. However, the importance of ammonia as an AQ driver in other climates, such as Sub-Saharan Africa, is poorly understood.

The Centre for Ecology and Hydrology (CEH), in partnership with the Stockholm Environment Institute (SEI - Nairobi and York offices), is piloting a scoping study in Nairobi to assess the applicability of CEH developed measurement techniques to explore AQ drivers in urban sub-Saharan Africa. The project aims to assess the applicability of NERC developed low cost monitoring methods (DELTA and ALPHAs) for AQ integrated with mobile particulate matter (PM) sensors to develop AQ indicators in informal settlements in East Africa.

CEH ALPHA samplers will be deployed in nine locations across Mukuru informal settlement with nitrogen dioxide (NO2) diffusion tubes during an intensive three-month monitoring campaign. During the campaign monitoring of indoor and outdoor PM concentrations will be carried out in Mukuru to assess the level of personal exposure, using a citizen science approach. The monitoring will be conducted by trained members of the community who will be carrying personal mobile monitors (Dylos)4.

Overall, through the measurements and air quality monitoring, the AQD-Nairobi aims to identify the drivers of personal and community exposure. 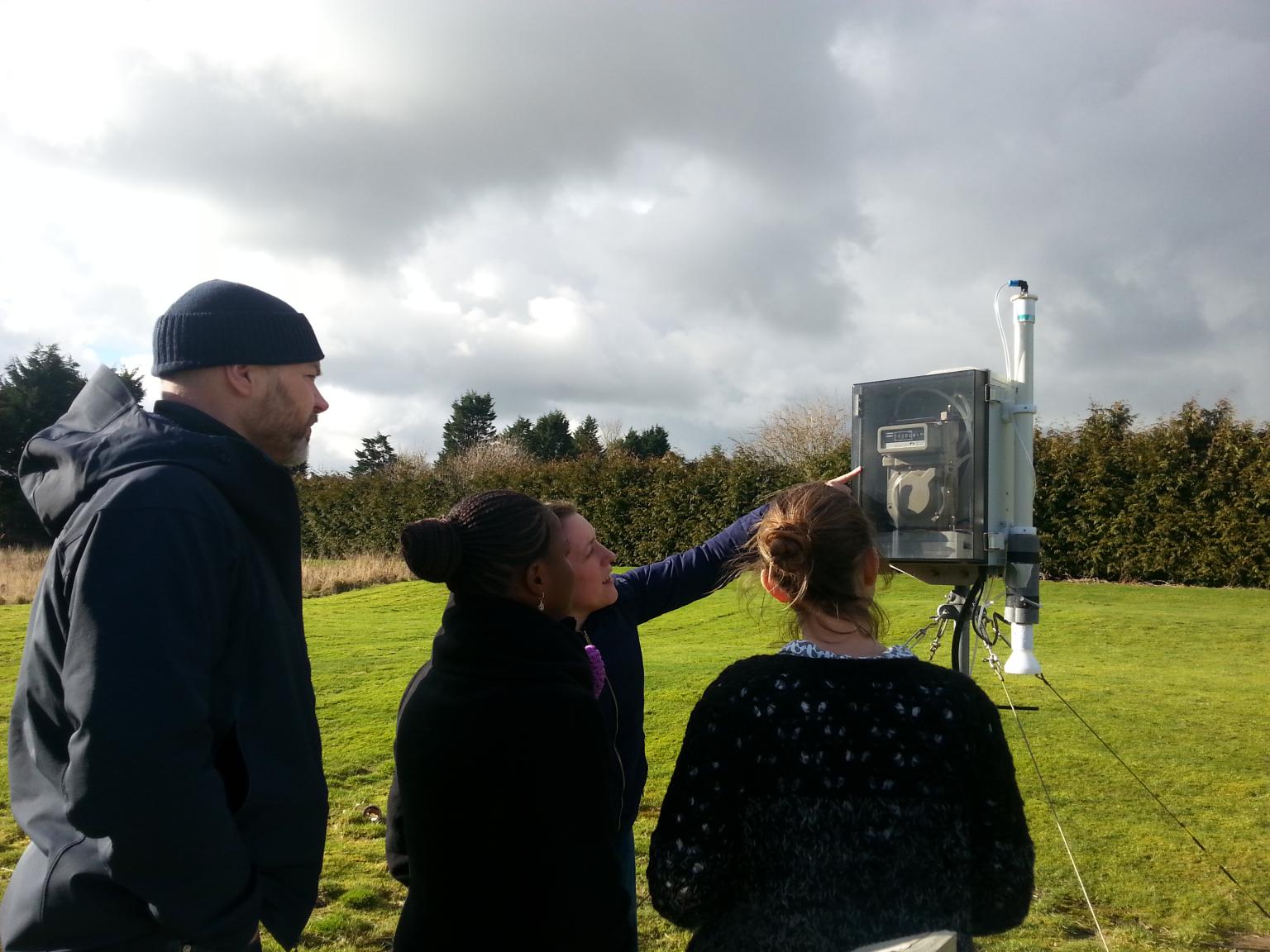