Biosphere-atmosphere exchange of carbon dioxide (CO2) has been on the scientific agenda for several decades and new technology now also allows for high-precision, continuous monitoring of fluxes of other trace gases such as methane (CH4), carbon monoxide (CO) and nitrous oxide (N2O).

Compared to the natural environment, flux measurements in the urban environment, which is home to over 50% of the population globally, are still rare despite high densities of anthropogenic sources of pollutants.

Direct measurements can be used to study the temporal dynamics and spatial distributions of pollutant sources and can also provide an independent validation of emission budgets estimated by atmospheric emission inventories. Atmospheric emissions inventories are used to construct budgets based on assumed spatial distributions and source strengths of a range of pollutants. Inventorying is currently the only accepted method for constructing the annual emission budgets the COP21 signatory countries report to the United Nations Framework Convention on Climate Change (UNFCCC).

Despite the widespread use of this approach, there is a need for independent validation of the estimated emissions budgets, which can be done by a "top down" approach such as the one used at the BT tower observatory.

UKCEH began using the BT tower as a tall tower measurement platform as early as 2006 under the NERC-funded project REPARTEE. The 190 m-tall BT tower is located in central London, making it an excellent platform for pollution monitoring at the heart of Europe's largest city.

Measurements of fluxes of CO, CO2 and CH4 by eddy-covariance began in 2011 under the auspices of NERC-funded project ClearfLo. The site has been in continuous use since 2011 and our records of CO2 and CH4 fluxes are among the longest in the world.

In addition to greenhouse gases, UKCEH played a pivotal role in implementing measurements and calculations of fluxes of nitrogen oxides (NOx) by eddy-covariance at the BT tower under ClearfLo in collaboration with scientists from the National Centre for Atmospheric Sciences (NCAS).

Between 2013 and 2016, measurement activities at the BT tower were supported by NERC-funded GAUGE project (Greenhouse gAs Uk and Global Emissions) and more recently by National Capability funding.

The eddy-covariance system used at the BT tower consists of a 3-D ultrasonic anemometer (R3-50, Gill Instruments), a Picarro cavity ringdown spectrometer (CRDS) model 1301-f for the measurement of CO2, CH4 and H2O mole fractions and an Aerolaser fast CO monitor model AL5002 (until 2015). The anemometer is mounted on top of a lattice tower located on the roof of the BT tower giving an effective measurement height of 190m above street level. The gas analysers are located a few floors below the roof, in an air conditioned room. Air is sampled from ca. 0.3 m below the anemometer head at 20–25 L min-1 using a 45m long Teflon tube of OD 9.53mm (3/8''). The Picarro CRDS is fitted with an in-house auto-calibration system and were calibrated weekly using two different mixtures of CH4 and CO2 in nitrogen (above and below typical ambient concentrations) until September 2014 when the calibration gases were replaced by natural compressed air mixtures traceable to WMO standards.

Some notable results obtained from measurements atop the BT tower include:

I graduated in 1994 from UMIST (now amalgamated into the University of Manchester) in Physics with Environmental Science, from where I also obtained a PhD in Physics on the subject "Surface-atmosphere exchange of ammonia and chemically interacting species" based on work carried out at UKCEH Edinburgh.

I joined the UKCEH staff in 1998 and currently lead the group on "Reactive Gases and Aerosols", primarily working in the UKCEH Science Area "Biosphere-Atmosphere Interactions". 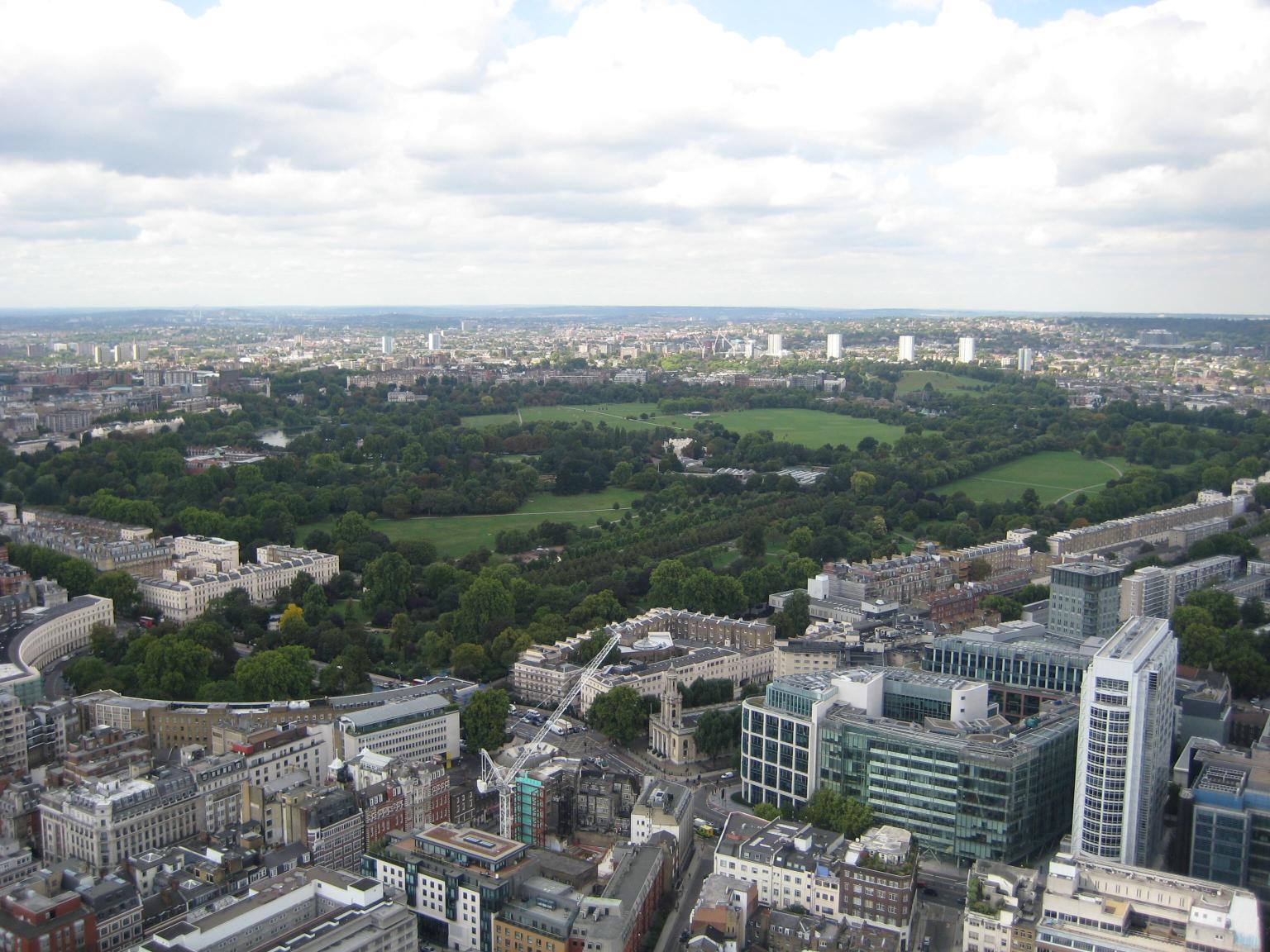 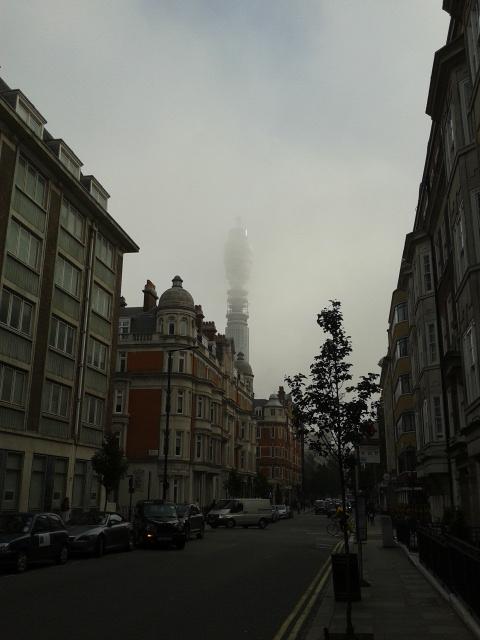 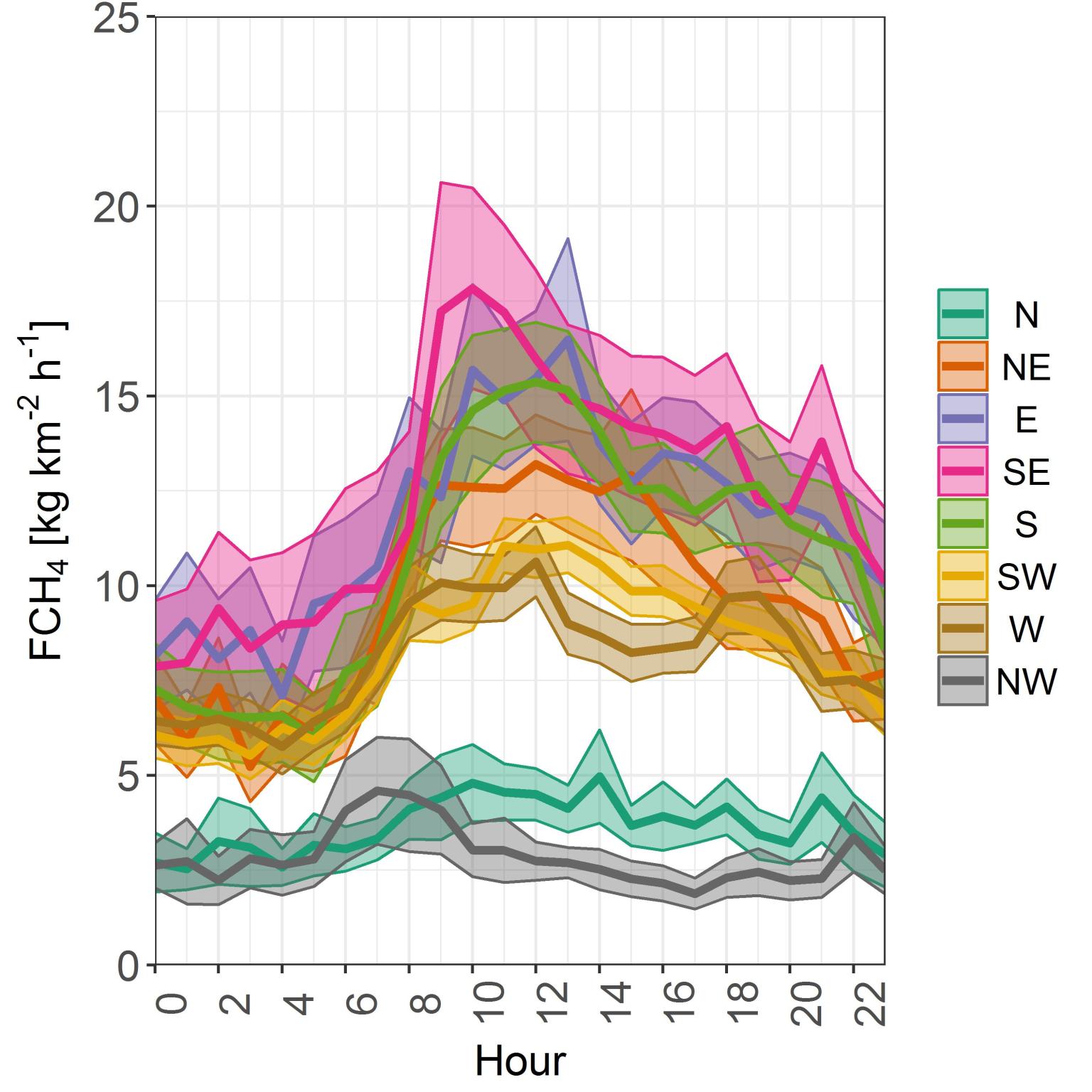