Extensive wildfires in the Chernobyl Exclusion Zone resulted in little additional radiation risk for firefighters and the wider public, a new study led by the UK Centre for Ecology & Hydrology (UKCEH) has found.

A team of UK and Ukrainian scientists concluded the fires in April 2020 did not cause significant mobility of radioactive elements in the atmosphere, but they say further research would increase public reassurance.

Wildfires in the exclusion zone – which was created when people and farm animals were evacuated following the explosion at the Chernobyl nuclear plant in 1986 – are common. But the fires in April last year were the most widespread in the area to date. Over 800 km2 of the 2600 km2 Ukrainian portion of the Chernobyl Exclusion Zone was burnt and the smoke reached the capital, Kiev, 100km away.

The study, funded by the Natural Environment Research Council (NERC), involved taking radiation measurements and then modelling the potential health risks for firefighters who dealt with the incident as well as children in Kiev.

UKCEH radioecologist Professor Nick Beresford, who led the research, explains: “The amount of radiation released into the atmosphere as a result of the wildfires was around 100,000 times less than from the 1986 accident.

“Our analysis concluded that, even for firefighters on an eight-hour shift who had no personal protective equipment or for Kiev children who spent all their time outdoors, the radiation health risks posed by smoke inhalation were not significant.”

‘However, the team recommends that further research is needed to evaluate the potential risk to firefighters from inhaled radioactive particles which may be remobilised by wildfires.

Radioactive elements can leach from fire ash into soil, and there are concerns that these may end up in wildlife food chains and run off into water courses that flow into Kiev Reservoir, a source of drinking water for the city’s population.

Dr Beresford says: “We believe there is unlikely to have been significant contamination of the drinking water supply, but this has yet to be demonstrated by scientific studies. Similar to the potential impact on human health posed by airborne particles, more research is needed into the risks, not least for public reassurance.”

Dr Beresford and his fellow researchers also consider the potential impact of the fires in April 2020 on wildlife as part of their paper, which has been published in the journal Integrated Environmental Assessment and Management (IEAM) in a special issue on the ecological consequences of wildfires.

The Chernobyl Exclusion Zone (CEZ) is likely to be the most radioactively contaminated terrestrial ecosystem on earth following the 1986 disaster, which remains the world’s largest nuclear accident.

However, while radiation and the frequent fires pose risk to some species, the zone has become a haven for wildlife in the absence of humans and one of the most iconic natural experiments on rewilding. Some 1,200 plant and 341 vertebrate species, including wolves, bear and lynx have been recorded, while European Bison and Przewalski's horses are thriving after being introduced into the zone in order to protect these rare, wild animals.

The authors of the study say it is too early to comment upon the effects of the April 2020 wildfires on animal and plant species, and are continuing their research into impacts on both wildlife and humans as part of an ongoing NERC-funded project.

However, they point to evidence from research into previous wildfires elsewhere in the world which suggests there is limited impact on populations of mobile mammals and birds, as they are able to escape, while some types of vegetation can recover quickly after wildfires. The authors suggest that large-scale wildfires in the CEZ might result in long-term habitat change.

The study involved UKCEH, the University of Portsmouth, the University of Salford, the Chornobyl Center for Nuclear Safety, the National University of Life and Environmental Sciences of Ukraine, and Ecocentre, a state specialised enterprise in Chernobyl. It was part of the NERC-funded project Chernobyl – a Radioactive Ecosystem on Fire (CHAR). This follows the TREE project (2013-19), led by Professor Beresford, which was the largest coordinated study on radiation exposure and effects within the Chernobyl Exclusion Zone.

Professor Beresford discussed UKCEH's long-term research into the consequences of the Chernobyl nuclear accident for wildlife and humans in a blog on the 30th anniversary of the disaster. 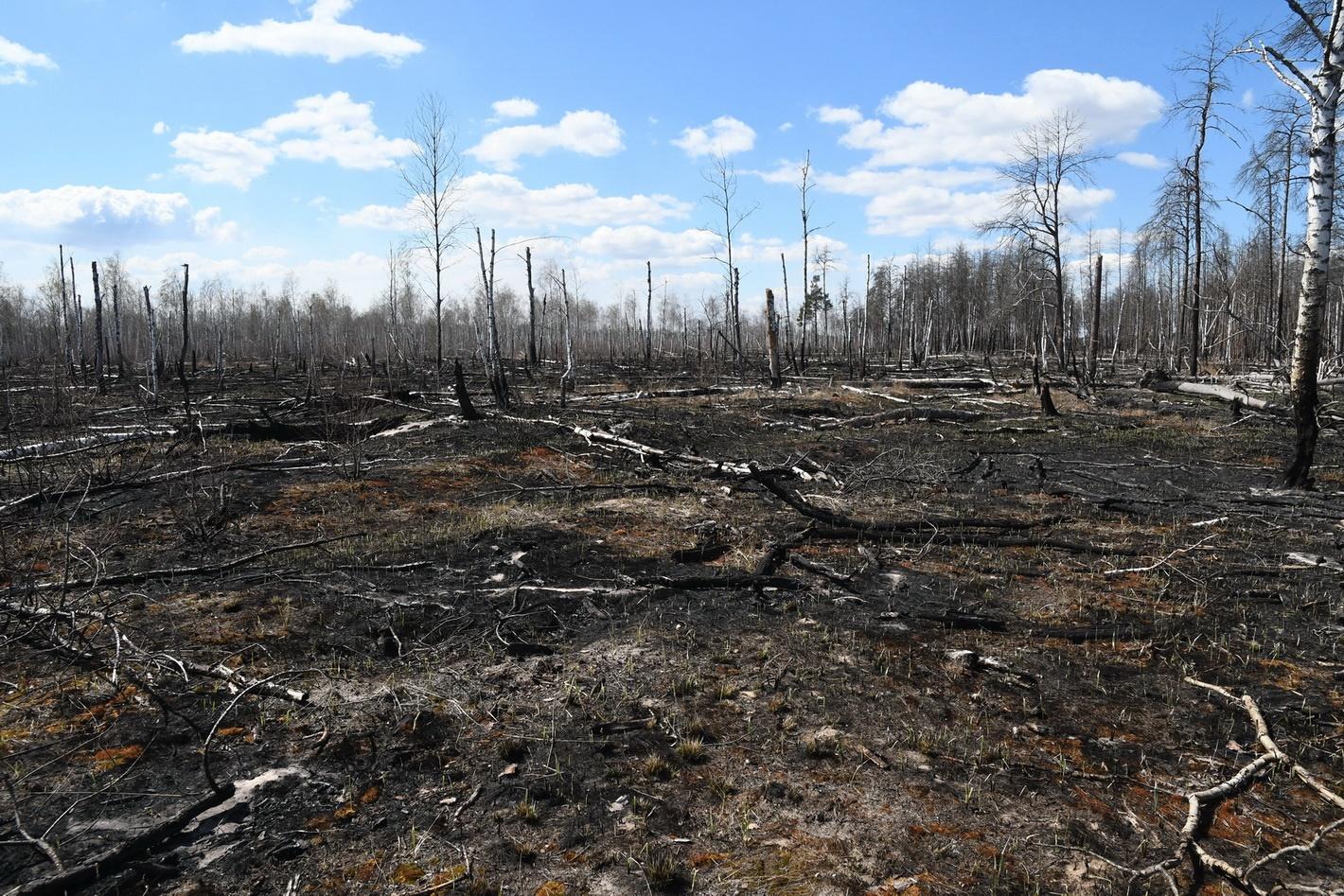 The fires in April 2020 affected large areas of woodland, including in the 'Red Forest', the most contaminated part of the Chernobyl Exclusion Zone 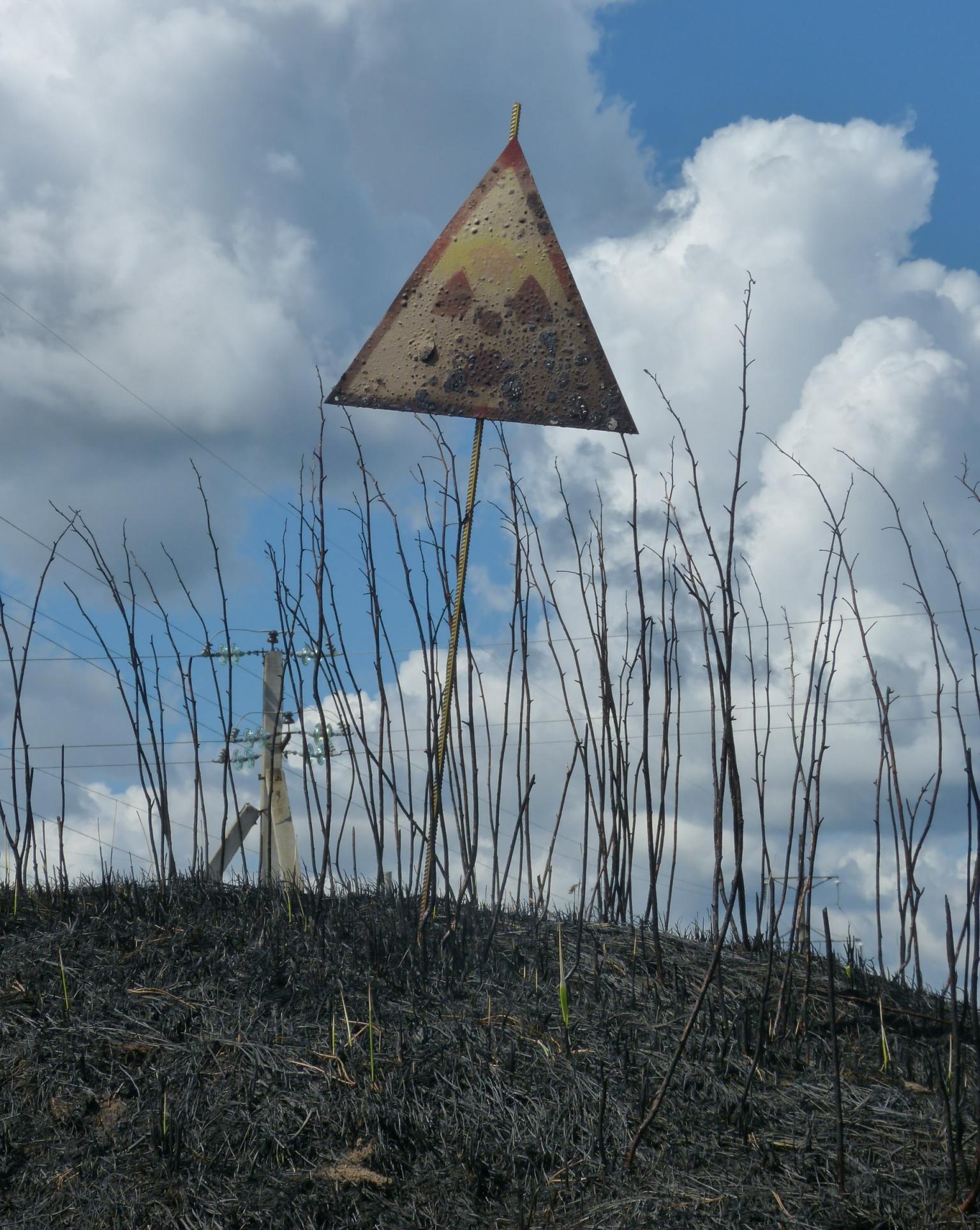 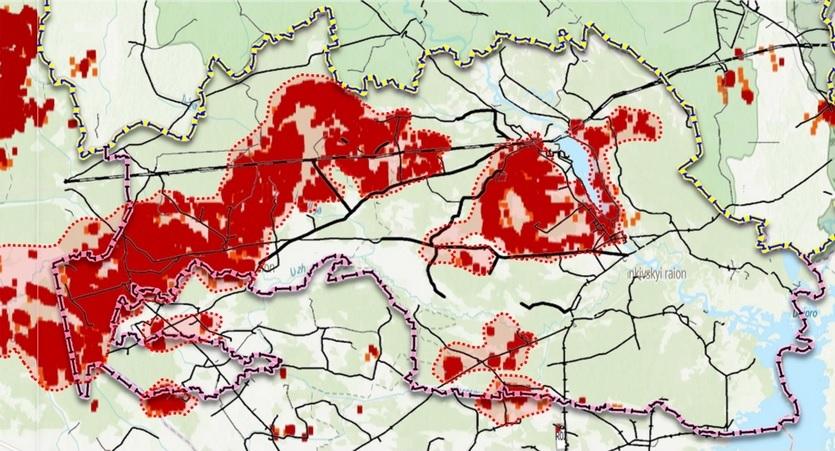 Over 800km2 of the Ukrainian portion of the exclusion zone was burnt in the fires
Photos and image: Sergey Gashchak, Chornobyl Center