A new project is set to pave the way for £1 billion investment in restoring England’s degraded saltmarshes, in order to mitigate climate change, support wildlife and reduce flood risk.

In a natural state, these important coastal wetland habitats – through build-up of sediment and vegetation – trap and bury carbon at a greater rate, per area, than terrestrial habitats such as forests or peatlands. However, since the 1800s, large areas of saltmarsh have been drained, to reclaim land from the sea for agriculture, development or coastal flood defences – resulting in loss of habitat and biodiversity.

A partnership of scientists, charities and financial experts, led by the UK Centre for Ecology & Hydrology (UKCEH), has secured a £100,000 grant from the Government’s new Natural Environment Investment Readiness Fund. They will develop scientific and revenue models plus a certification scheme for UK projects wanting to attract private investment by selling companies the carbon benefits that will result from restoring saltmarshes.

There is growing interest in carbon credits by companies seeking to voluntarily offset their emissions of carbon dioxide (CO2) and motivated by corporate social responsibility. The planned UK Saltmarsh Carbon Code will operate on a similar basis to the Peatland Code and Woodland Code, and it is hoped the scheme will pave the way for at least £1 billion of private investment in restoration projects over 25 years, covering 22,000 hectares of habitat.

UKCEH wetland scientist Annette Burden, principal investigator of the new project, explains: “Saltmarshes can play an effective role in climate change mitigation by storing and capturing large amounts of carbon that would otherwise be in the atmosphere as CO2, contributing to global warming. Sustainably managing these ‘blue carbon’ habitats will protect and enhance the benefits they provide, embracing nature-based solutions to the climate emergency.”

She added healthy saltmarsh habitats had a variety of environmental benefits including:

Restoration projects are usually carried out by government agencies and conservation charities. They involve creating a gap in the current sea walls, in order to reflood previously reclaimed land so saltmarshes are reconnected to the tidal flow. It can also involve landscaping measures to help tidal waters flow in and out, and constructing replacement sea defences inland.

The project will develop models for expected carbon capture per unit of restoration based on known variables such as location and sediment type, to help demonstrate to voluntary carbon credit buyers that the climate benefits being sold are real, quantifiable and permanent.

Research from sites undergoing saltmarsh restoration will be used to evaluate and refine the Saltmarsh Carbon Code. An investment case will be developed for interested carbon buyers to help fund three of these projects, which are being led by the Environment Agency – at Skeffling, on the north bank of the Humber, plus at RSPB sites in Old Hall Marshes, Essex, and Arne Moors, Dorset.

Some 27 schemes across England, including the Saltmarsh Carbon Code project, have been awarded up to £100,000 each in the first round of the £10 million Natural Environment Investment Readiness Fund, provided by Defra and the Environment Agency. The agency announced the funding in a press release. 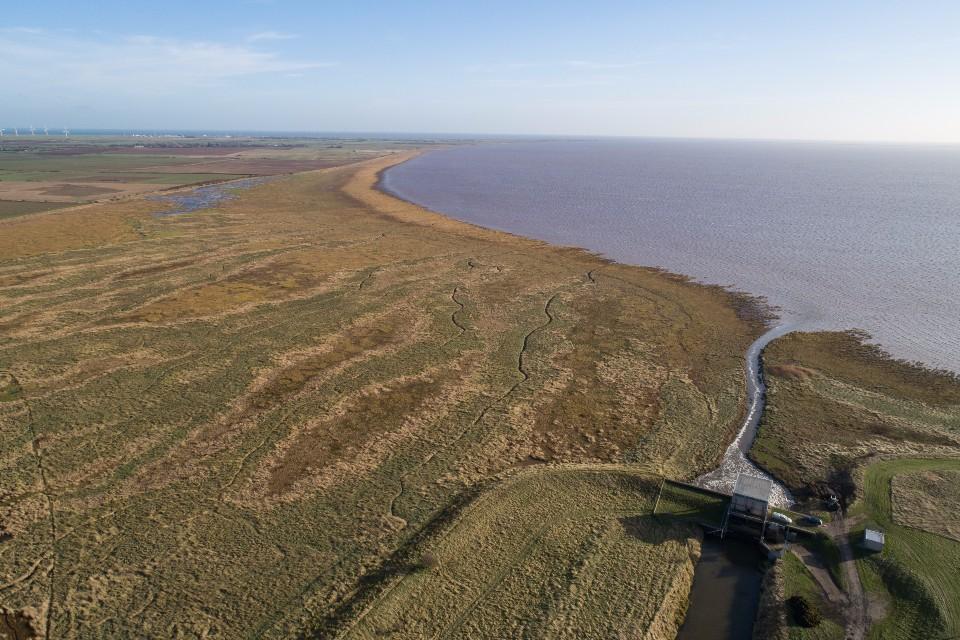 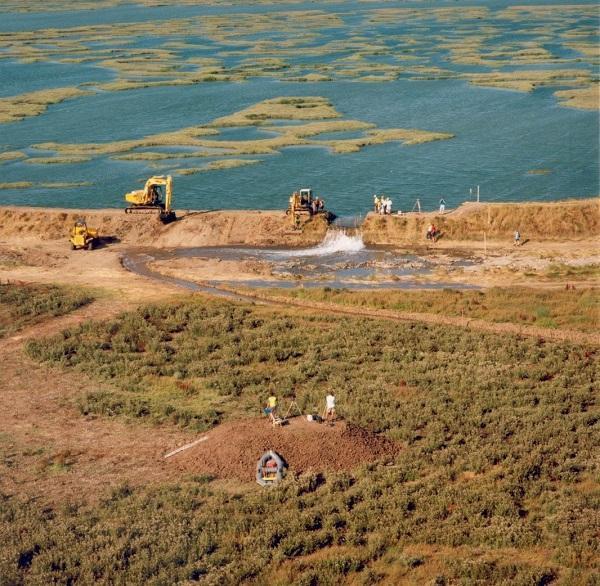 Work to cut a hole in the sea wall in Tollesbury, Essex, in 1995 as part of a saltmarsh restoration scheme  Picture: Natural England 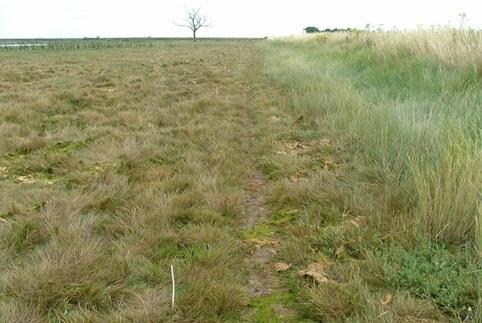