A landmark citizen science scheme that monitors how populations of pollinators are changing across the country is making it easier for the public to take part in its surveys.

The UK Pollinator Monitoring Scheme (PoMS) has launched a new mobile phone app for people carrying out Flower-Insect Timed Counts (FIT Counts), a simple 10-minute survey of the numbers of insects that visit a patch of target flowers in gardens, parks or countryside locations. The free app allows you to record your count using an in-built timer, and to store the results before uploading them later. A guide to the different insect groups is also included.

PoMS is a partnership of research institutes, wildlife conservation charities and biological recording schemes that is coordinated by the UK Centre for Ecology & Hydrology (UKCEH). It has also unveiled a new website, ukpoms.org.uk, which has guides, videos and live data from the scheme as well as links to other pollinator recording projects

The app and website have been launched on 20 May, World Bee Day, which recognises the importance of bees and other pollinators, the threats that they face and their contribution to human livelihoods and food supplies across the globe. The latest research suggests that nearly half of British wild bee and hoverfly species have declined in distribution over the past four decades.

Now in its fourth year of surveying, PoMS is the first scheme in the world to begin generating long-term, structured data on the abundance of bees, hoverflies and other flower-visiting insects at a national scale. The records submitted will inform scientific research as well as policy decisions to support pollinators.

FIT Counts are carried out between April and September each year, and around 3,300 such surveys have been submitted from more than 1,000 sites across the UK since PoMS was formed in 2018.

The UK Pollinator Monitoring Scheme also includes intensive surveys of bees, hoverflies and other insects across a network of 1 km squares across the country, carried out by trained volunteers.

Dr Claire Carvell, Pollinator Ecologist at UKCEH, who coordinates PoMS, says: “FIT Counts have provided a wonderful way for people to connect with nature as part of their day-to-day activities, perhaps more so than ever before during the past year.

“PoMS is building an important picture of the changing patterns of insect visits to flowers across gardens and the countryside, and we hope that the FIT Count app will enable even more citizen scientists to get involved. We are incredibly grateful to the volunteers who were able to send in counts, or to join our more intensive survey of 1 km squares and maintain this invaluable dataset.”

Organisers are looking for more volunteers across England, Wales and Scotland to ‘adopt’ 1 km squares in their area that are not already assigned a volunteer. Northern Ireland will join the 1 km survey later this year. Volunteers receive training, mentoring and all the equipment needed to complete four survey visits a year.

Scott Shanks, who volunteers on two PoMS squares in Scotland, says: “I’ve really enjoyed getting to know my PoMS sites, and there is always plenty of time between the FIT Counts and monitoring to relax and enjoy the views, sunshine and the wildlife. It was wonderful to be able to get out of the city for a day soaking up nature, after months of lockdown. I would definitely recommend taking part.”

The new PoMS website includes all the information needed to get involved in either survey, plus online data entry forms and live updates of the data coming in.

The FIT Count app, available in English and Welsh, can be downloaded for Android or Apple phones.

PoMS is co-ordinated by the UK Centre for Ecology & Hydrology, working in partnership with the Bumblebee Conservation Trust, Butterfly Conservation, British Trust for Ornithology, Hymettus, University of Reading, University of Leeds and Natural History Museum. It is funded by Defra, JNCC, the Welsh Government, Scottish Government, Daera and project partners.

Data from the new structured surveys is being combined with records from existing biological recording schemes such as the Bees, Wasps and Ants Recording Society and Hoverfly Recording Scheme to measure trends in pollinator populations and help target conservation efforts. PoMS aims to engage individuals and communities in taking action for pollinators, and in helping provide evidence to the UKs four national pollinator strategies. 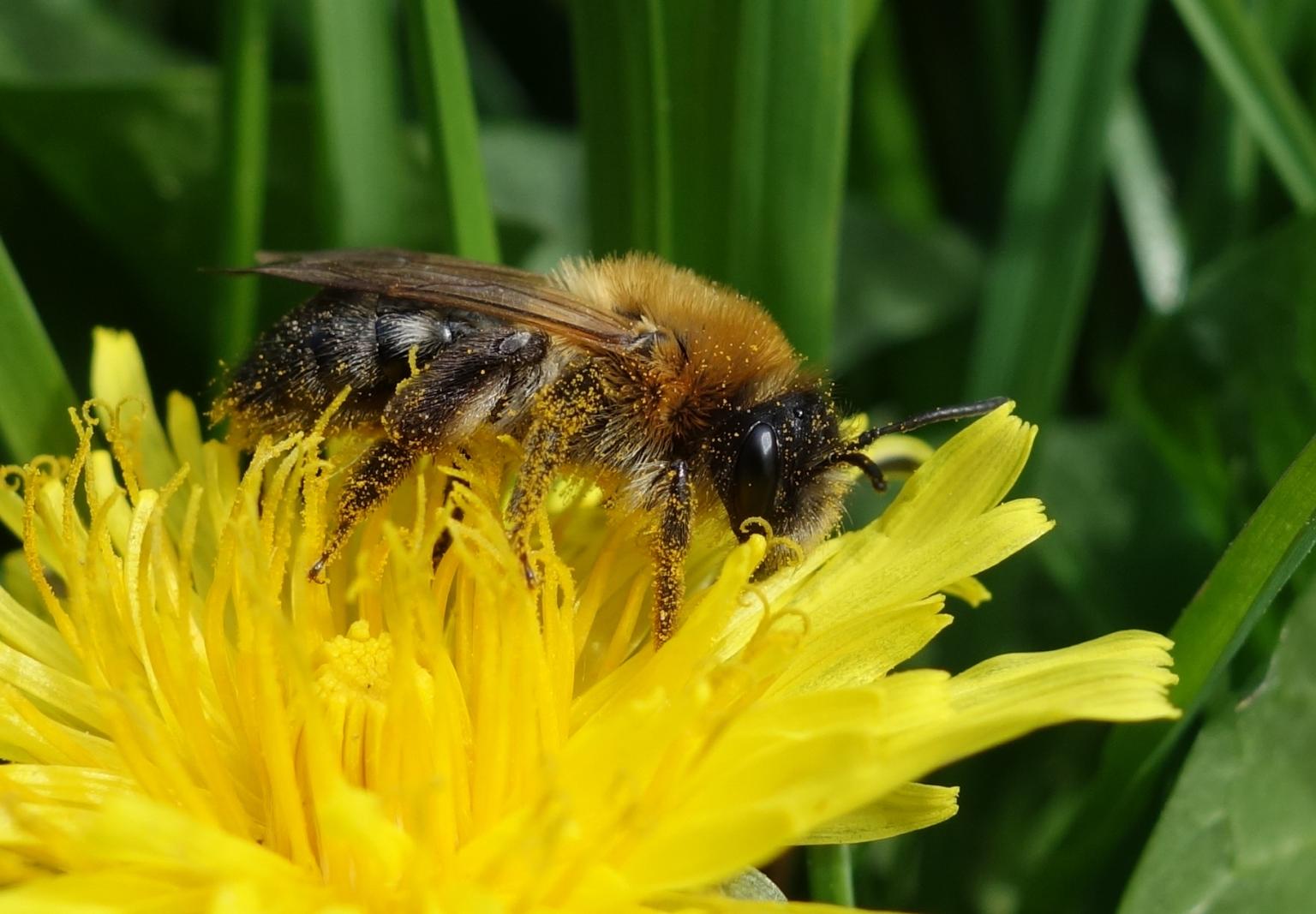 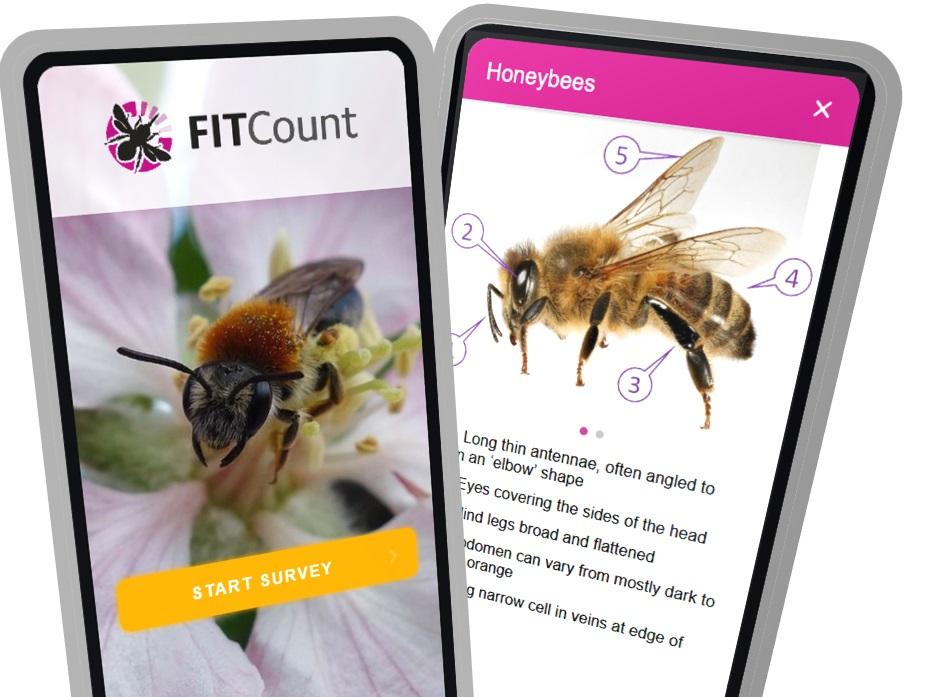 The new app for FIT Counts, 10-minute surveys of a small patch of flowers.
Volunteers also carry out 1km surveys, below, as part of PoMS  Picture: Richard Dawson 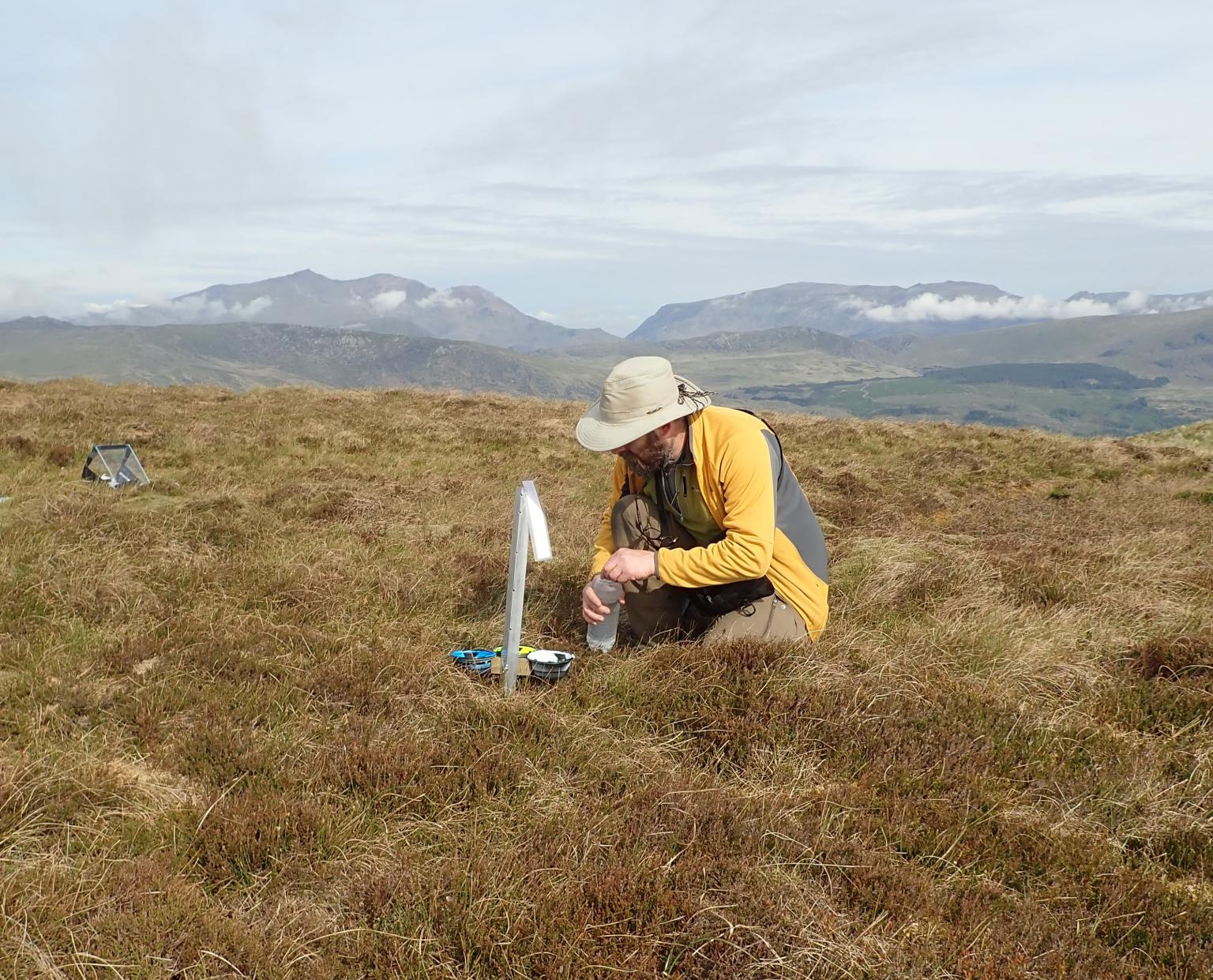