The low level residues of neonicotinoids found pose no risk to human health. However, previous studies suggest that while such concentrations are low, they could potentially have negative impacts on honeybee populations.

Neonicotinoids were also found in around half of the honey samples taken prior to the ban’s introduction. Whilst the percentage of samples that tested positive after the ban was introduced had declined, the persistence of such pesticide residues indicates the need for further research.

The new results are from a national survey conducted by scientists at the Centre for Ecology & Hydrology, published in the scientific journal PLOS ONE this week.

The researchers analysed 130 honey samples, provided by bee keepers across Great Britain during 2014 and 2015, to assess the effectiveness of the current EU-wide ban on neonicotinoid pesticide seed dressings on flowering crops, such as oilseed rape – a policy that aims to reduce exposure risk to honeybees and other pollinators.

Lead author Dr Ben Woodcock said, “While the frequency of neonicotinoid contaminated samples fell once the EU-ban was in place, our data suggest that these pesticides remain prevalent in the farming environment.”

Dr Woodcock said, “Honey samples collected earlier in the year, when oilseed rape is in flower, were more likely to contain neonicotinoid residues than samples collected in late summer when bees feed on other flowers”

The study suggests that the neonicotinoid residues found in honey after the ban may come from crops that are attractive to bees (particularly oilseed rape) being grown in soils contaminated with residues of these pesticides from previous crops.

UK farmers continue to treat a large proportion of cereal with neonicotinoid seed dressings as this practice is currently exempt from EU restrictions. If treating cereals with neonicotinoids results in soils contamination that lasts from one year to the next this may pose a risk to bees feeding on flowering crops sown into the same fields the following year.

Dr Woodcock said, “We don’t know what the risk of such long-term chronic exposure to neonicotinoids is over the course of an entire flowering season. Such long term but low levels of exposure could have potentially sub-lethal effects impacts on honeybees. Questions still remain as to the actual mechanism of contamination of honey with neonicotinoid residues despite the ban and understanding this should be an area of urgent research activity.”

The CEH scientific team worked with members of the British Beekeepers Association Technical and Environmental Committee.

In a new initiative, the Centre for Ecology & Hydrology is developing a national scheme to monitor pesticide residues in honey samples sent in by amateur and professional beekeepers. It will also use advanced DNA barcoding techniques to identify long term trends in which flowering plants bees are feeding on and will investigate whether it is possible to detect evidence of certain bee diseases. 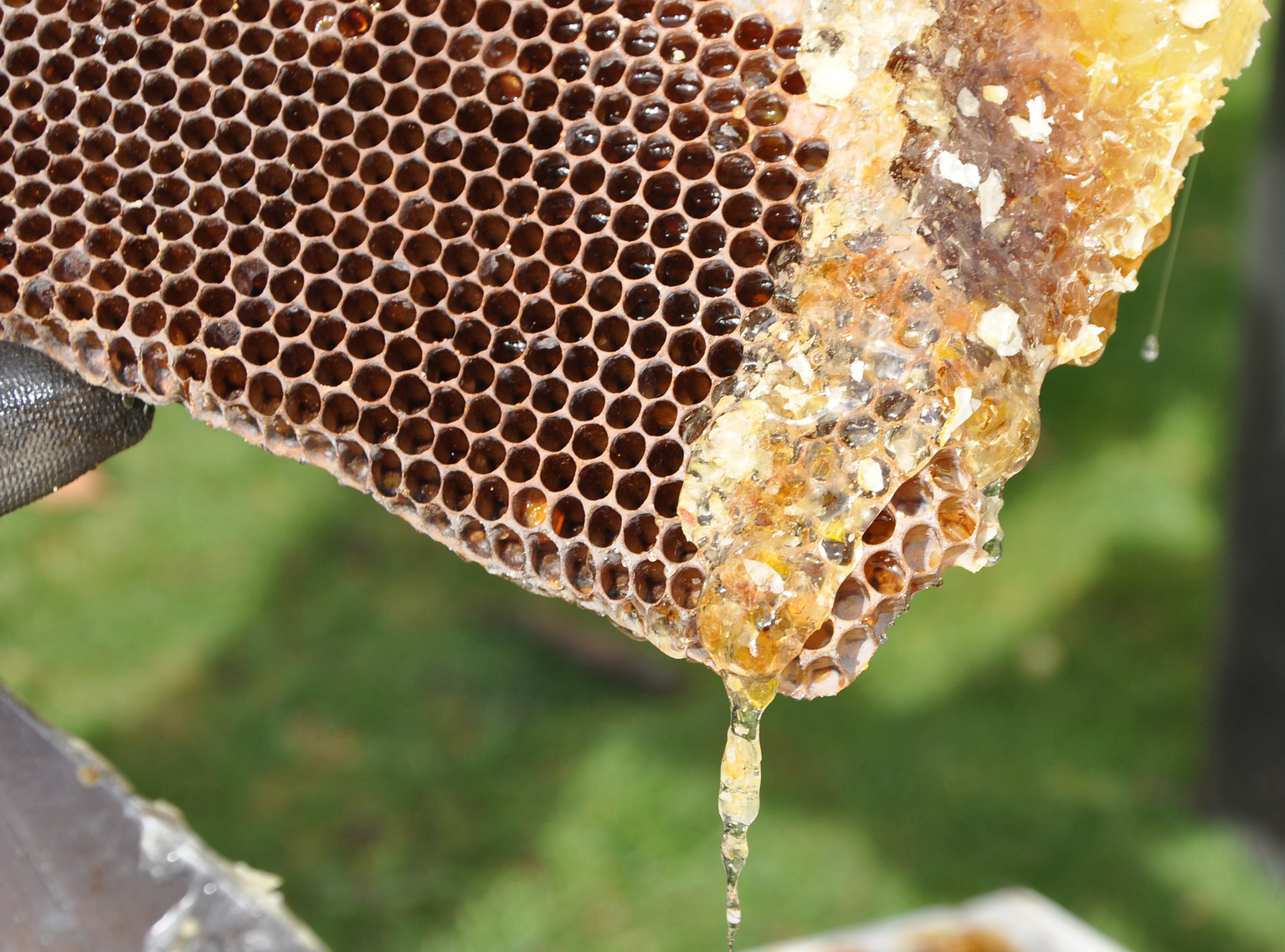