We at the UK Centre for Ecology & Hydrology, Butterfly Conservation and Newcastle University were shocked and deeply saddened to learn of the recent sudden loss of Douglas Boyes. A supremely talented, enthusiastic and dedicated young scientist, he was also a kind and generous colleague to those he worked with, and a young man who had already achieved so much in his career and life to date.

Douglas was an early appreciator of moths and butterflies. He first became ‘hooked’ on them at age 12, inspired by moth trapping with Butterfly Conservation Vice-president Nick Baker. By 16 he was the County Butterfly Recorder for Montgomeryshire, the youngest person ever to hold such a position in the history of the Butterflies for the New Millennium recording scheme. Douglas recently gave an interview in which he talked about his early love of and adventures with Lepidoptera here. His active involvement with volunteering at Butterfly Conservation was an early indicator of a love of the natural world. This would eventually lead him to embark on a scientific career aimed at protecting the moths and butterflies he loved.

Douglas studied Biological Sciences at Brasenose College, Oxford, graduating with first-class honours in July 2017. His undergraduate research project explored the under-recorded world of micro-moths associated with bird nests. He continued to study at Oxford, earning an MSc in Biodiversity, Conservation and Management with distinction and again conducting a research project focused on moths (this time an appreciation of the diversity of moths that have increased in distribution or abundance in recent decades, while so much of biodiversity has declined).

Douglas was awarded the Wallace Prize for "a dissertation demonstrating qualities of excellence, independence and adventure". In October 2018, he began a NERC-funded PhD focusing on the effects of light pollution on moth populations with the UK Centre for Ecology & Hydrology (UKCEH), Newcastle University and Butterfly Conservation. His doctoral research was supported by prestigious awards: the Xerxes Society Joan Mosenthal DeWind Award, and Oxford University’s Varley-Gradwell Fellowship. He was a valued member of the community of post-graduate students at UKCEH and Newcastle University, supporting and inspiring newer students.

Douglas’s scientific research on this topic was already ground-breaking, and his potential enormous. He showed that streetlights have a big impact on the local abundance of moth caterpillars, reducing numbers on grass verges by one-third, and by almost a half in hedgerows - the first real-world evidence that light pollution is reducing moth populations. He also found that ‘environmentally friendly’ LED lights were even more detrimental to moth populations than old-style sodium streetlights.

To collect this data, Douglas spent over 400 hours searching for caterpillars along roadsides over the past three years. When published, in August this year, these research findings were met with huge media interest around the world. This is the sort of research that can fundamentally change how we interact with and protect nature, and is already having an impact with lighting professionals. Even though his time with us was short, Douglas has ensured that our understanding of human impacts on the natural world has taken a great leap forwards, opening the door to better ways for humans and moths to coexist. You can read more on his remarkable research here.

His energy and passion for recording, studying and promoting awareness of moths was exceptional. In addition to his PhD research, Douglas was undertaking a comprehensive survey of the moths of Oxford University’s Wytham Woods, collaborating with the Darwin Tree of Life project to sequence the genomes of UK moth species, unearthing forgotten datasets as part of the EntoGEM project to assess global insect biodiversity trends, and contributing his expertise to review the impacts of invasive non-native moths for an Intergovernmental Science-Policy Platform on Biodiversity and Ecosystem Services (IPBES) global thematic assessment.

He taught butterfly and moth identification and ecology for the Field Studies Council, and supported many new moth recorders by helping with identifications. Douglas had a passion and great talent for communicating science and natural history, engaging countless people through his twitter account, blogs, talks and interviews, but was never afraid to challenge misrepresentations of scientific evidence. He was especially keen to stop ‘obsessive tidiness’ and promote wilder spaces for the benefit of nature.

We will miss Douglas enormously and remember him often as we carry on his work to save the moths and butterflies he loved so much. 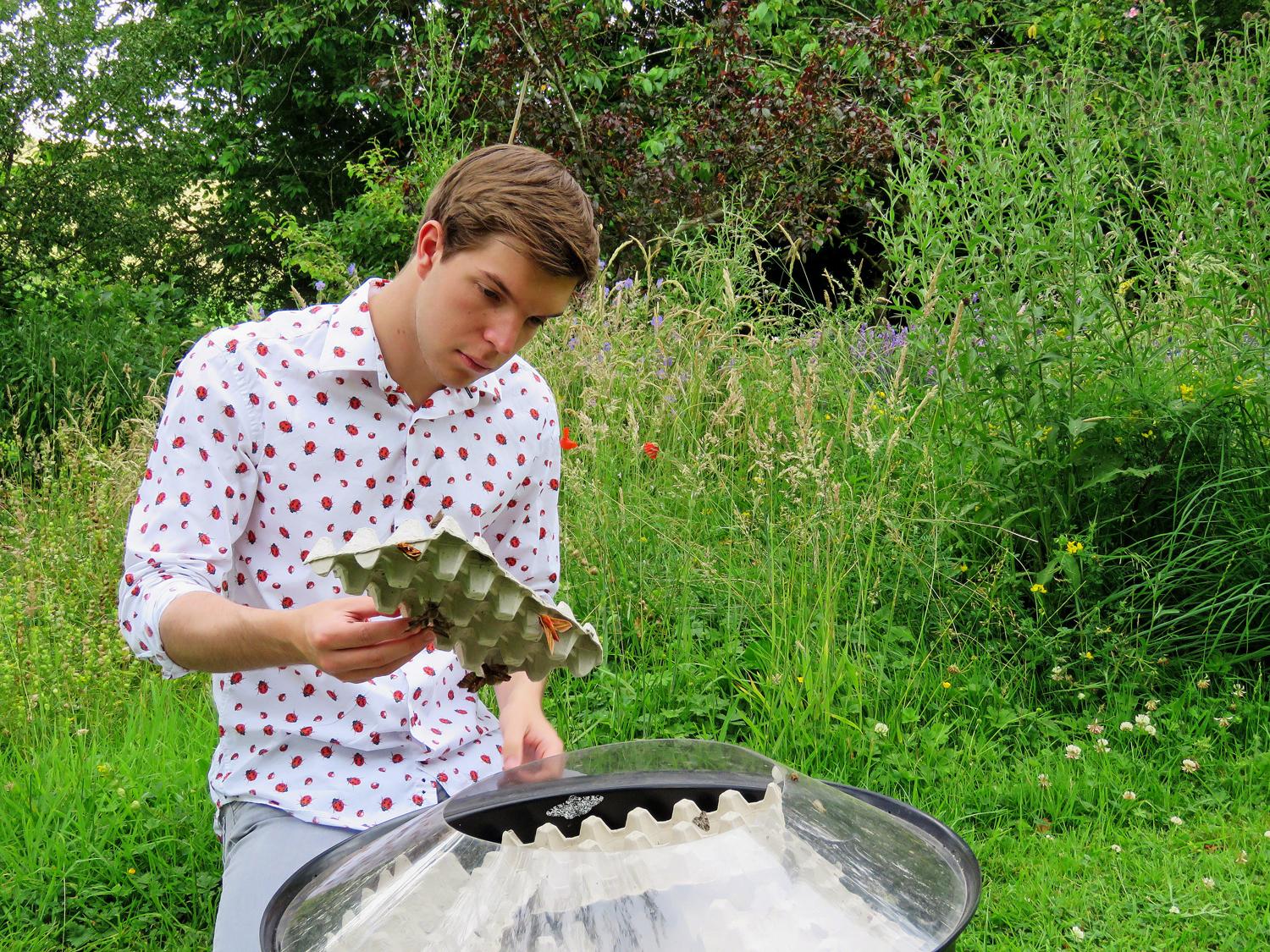