Global civil action movements are increasing public awareness of climate change, according to a new study.

They found searches via Google for the phrase ‘climate action’ and newly coined term ‘climate emergency’ increased 20-fold in 2019  – and there were spikes in these search terms at times of major global protests such as the School Strikes for Climate and blockades in London by the global campaign movement Extinction Rebellion.

There were also peaks in searches at the times of New York Climate Week and the publication of separate reports by the Intergovernmental Panel on Climate Change (IPCC) on the impacts of climate change.

Dr Thackeray says: “Previously, ‘global warming’ was a standard internet keyword search term and, while there has been little change in its popularity, searches for ‘climate action’ and ‘climate emergency’ have become about five times more common. This suggests not only a significant increase in people’s interest in climate change but also an evolution of the language of public discussion on the issue.” 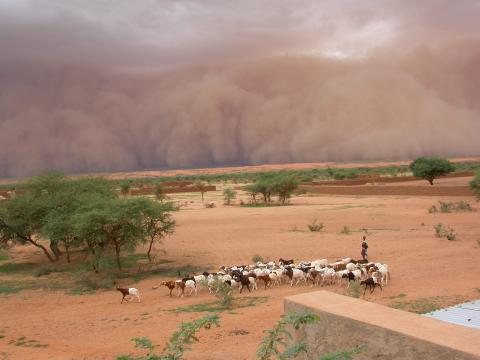 The scientists involved in the analysis also looked at trends in reporting on climate change by global media. The study, primarily based on English language articles and broadcasts, found that newspaper, radio and television reports on the issue have doubled since mid-2018.

Dr Thackeray says much of this media coverage focused on the staging of global protest movements.

“A distinctive feature of much of the civil action since 2018, such as the School Strikes for Climate and Extinction Rebellion, is that it has been led by young people. This is the generation that is informed about and accepts the science, plus has the most to lose from climate inaction and the failure to achieve net zero emissions by 2050,” he adds.

The editorial in Global Change Biology concludes that to address the significant environmental challenges facing society, we need the very best scientists, teachers and communicators capable of translating that science to motivate and inspire wider audiences to make well-informed choices, including the public and policy makers.

Dr Thackeray says: “Science without activism is powerless to enact change, but activism without science will enact change that lacks direction and is ineffective. To make constructive progress in tackling climate change and its impacts, both science and activism are needed in tandem to move society in the right direction with strength and purpose.”