Life on earth depends on healthy soil – and experts hope a new online community hub will inspire policymakers, researchers, farmers, planners and the public to take action to protect this precious but degrading resource.

Soils are essential for food production, biodiversity, clean water and also regulating climate due to their ability to store and capture carbon. However, a third of the world’s soils are degraded due to intensive agriculture, pollution and climate change - resulting in large amounts of carbon dioxide being released into the atmosphere and threatening long-term sustainable food production.

Therefore, uksoils – “a single source for all things soil” – has been launched by a partnership comprising the UK Centre for Ecology & Hydrology (UKCEH), the Sustainable Soils Alliance, Earthwatch, the University of Sheffield, the British Soil Science Society and Scotland's Rural College (SRUC).

Launched ahead of World Soils Day (5 December), the online hub will bring together the best available resources, including educational information and school activities, books and films, data and maps, plus guidance for farmers and land managers on how to support healthy soils. It will also provide a community forum to enable the sharing of knowledge and experiences, encouraging people to link up and carry out initiatives to improve soil health and share locations around the country where soil health pioneers are trying out new technologies and management practices.

The website – uksoils.org – is gradually being developed and will eventually host a series of online events targeted to different topics suggested by its users. 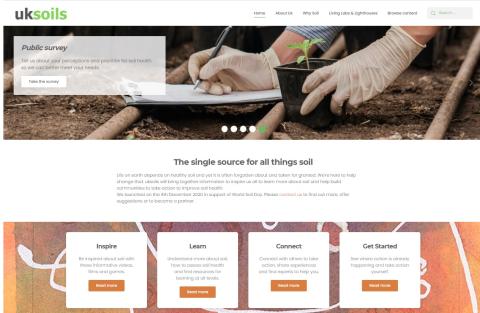 Professor Bridget Emmett, Head of Soils & Land Use at UKCEH, who is leading the initiative, says: “Soils are vital for humans and wildlife but, being hidden beneath our feet, they are often forgotten about and taken for granted. We are here to help change that.

“uksoils will bring together information that is scientifically robust and independent to inspire us all to work with others to learn more about soil health and take action to improve it. It is not just the responsibility of governments and those managing our land to safeguard this scarce and non-renewable resource; it is up to all of us in our gardens, farms, woodlands, conservation areas, towns and cities to better understand our soil, care for it, protect it and enjoy it.”

It is up to all of us to better understand, care for and enjoy our soil - Professor Bridget Emmett

A recent report by the EU’s Mission Board for Soil Health and Food – of which Professor Emmett is a member - identified the need to better link research and innovation with practice and policy to ensure a step change in soil health. It estimates 60-70 per cent of soils in Europe are unhealthy, and has set a target to reverse this, aiming for 75 per cent healthy or improving soils by 2030.

Although the UK is leaving the EU, Professor Emmett says the organisations involved in the hub hope it will encourage national and international collaborations, plus support accessing sources of funding for research and projects. She explains: “Many initiatives are emerging globally that promote the protection of soil health and we believe the UK should become a global leader in evidence-based policy community action to achieve this.”

Professor Emmett provides the voiceover for a new animation, entitled 'Why soil is one of the most amazing things on Earth', which has been produced by the BBC Ideas team in partnership with the Royal Society. To watch the film, visit the BBC website.

Head of Soils and Land Use Science Area for CEH. Resposibility for 60 staff across 3 CEH sites working in a mix of research areas involving all apsects of soil health and land use including various aspects of ecosystem services, natural capital and the land-sea interface. 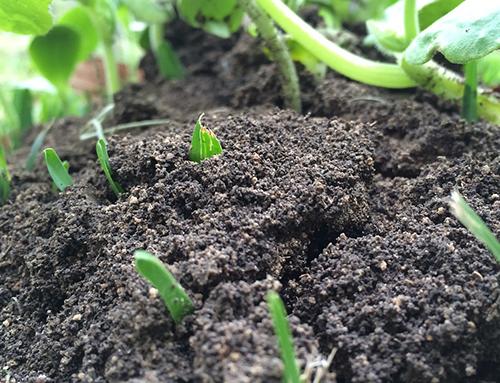