January 2018 Hydrological Summary for the UK

January was a decidedly wintery month across the UK, interspersed with strong winds and snowfalls over higher ground. Although there were four named storms, January was only moderately wetter than average for the UK as a whole, reflecting the focus on wind for naming storms. While it was wetter than average in Northern Ireland, substantially below average rainfall was recorded in regions of eastern Scotland. River flows were mostly in the normal range or above for January, but new monthly maxima were established in Northern Ireland.

Soil moisture deficits were eliminated in south-east England and the seasonal recovery of groundwater levels was well established with few exceptions. Levels were generally in the normal range, although below normal levels persist in parts of the Chalk.

Stocks in most reservoirs increased relative to average, some substantially. Month-end stocks at Bewl increased by over 20% (but remained well below average for the time of year), and although a winter refill drought permit was granted in early January, it has not yet been implemented. Though there was a delayed start to the recharge season from a below normal baseline, there has been above average rainfall for winter so far (December-January). Summary author Lucy Barker of the Centre for Ecology & Hydrology said, "the likelihood of water resource pressures this summer has decreased, although in some areas above average rainfall is still required." 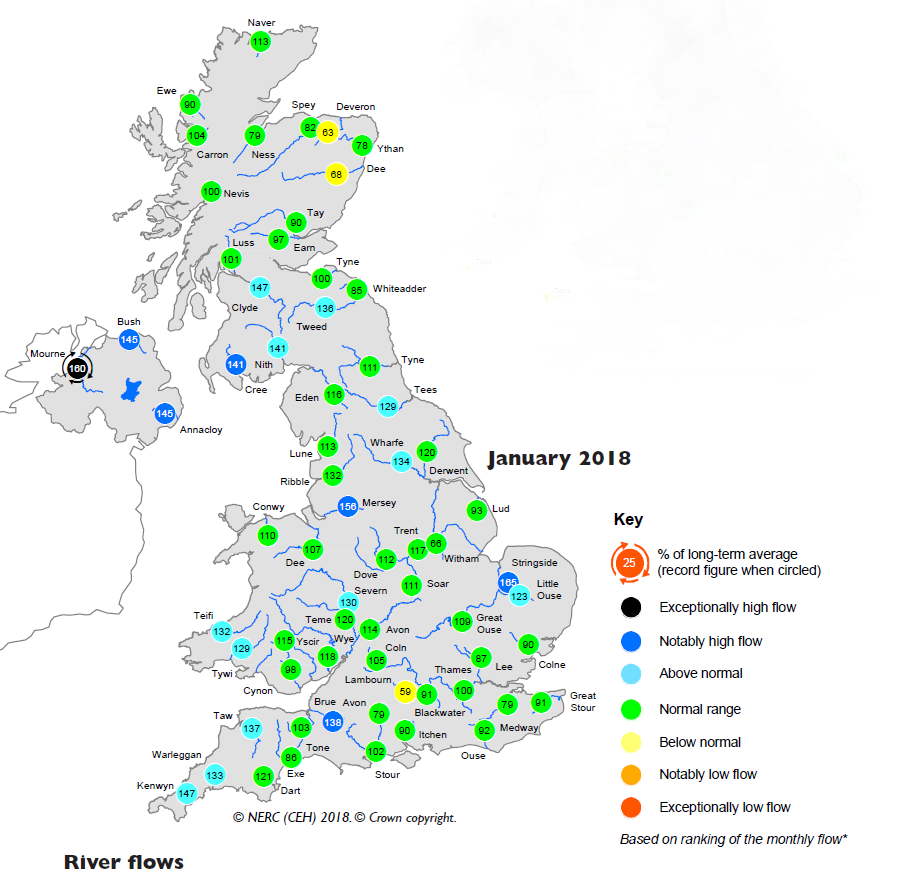 The monthly summary is a look back at hydrological events occurring in January 2018. Latest information on flood warnings is provided by the Environment Agency, Natural Resources Wales and Scottish Environment Protection Agency (flood warnings for Northern Ireland are not available).