February 2018 Hydrological Summary for the UK

February was a notably dry and exceptionally cold month for the UK. As the month progressed, an increasing proportion of precipitation fell as snow. Rainfall for the UK was around three quarters of average in February, and two thirds of average across swathes of eastern Scotland and central, southern and south-western England. Despite the dry weather, river flows were generally in the normal range across most of the country.

The seasonal recovery of groundwater levels continued at most sites, albeit at a slower rate due to the drier weather of February, and levels were generally in the normal range. Nevertheless, groundwater levels were low in parts of the Chalk aquifer, Reservoir stocks are above average in almost all major reservoirs.

Summary author Simon Parry of the Centre for Ecology & Hydrology said, "With reservoir stocks healthy and most river flows and groundwater levels within the normal range, the outlook for water resources has improved relative to the situation at the start of winter." But with groundwater levels low in parts of the Chalk aquifer, rainfall during the remainder of the recharge season will be influential on the extent of streamflow network contraction and localised water resource stress in these areas in the summer. 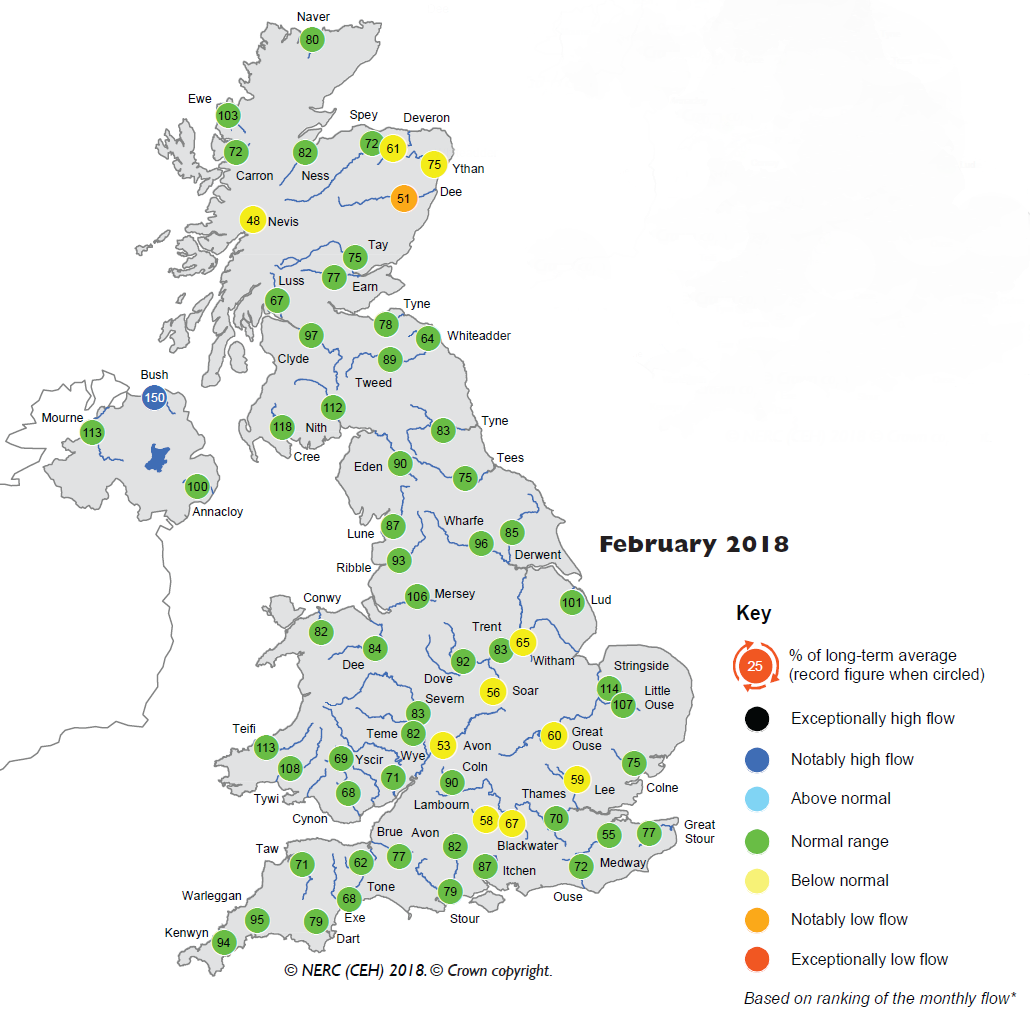 For winter overall (December‑February), river flows were mostly near average, though above normal in Northern Ireland (notably high on the Bush) and south‑west Wales, and below normal in north-east Scotland and some groundwater-influenced catchments of southern England.

The monthly summary is a look back at hydrological events occurring in February 2018. Latest information on flood warnings is provided by the Environment Agency, Natural Resources Wales and Scottish Environment Protection Agency (flood warnings for Northern Ireland are not available).