The devastating flooding across the UK in February 2020 was remarkable in terms of the combination of duration, scale and severity, according to a preliminary analysis by the UK Centre for Ecology & Hydrology.

Three successive storms – Ciara on February 8 and 9, Dennis on February 15 and 16, and Jorge from February 28 to March 1 – resulted in thousands of homes and businesses being flooded as well as widespread disruption to transport and other services.

The duration and severity of the high river flows resulted in extensive property flooding, most notably from the rivers Calder, Aire, Teme, Wye, Severn and Taff. However, the total number of properties affected across the UK was significantly lower than in previous notable flood events in winter 2015/16, summer 2012 and summer 2007. The Environment Agency says flood defences protected 128,000 homes across England in February 2020.

Dr Simon Parry, one of the UKCEH hydrologists who put together the preliminary analysis of the flooding, says: “February was a truly remarkable month in hydrological terms, with record-breaking rainfall and river flows caused by storms Clara, Dennis and Jorge, leading to significant flooding across much of the UK.

“The significant rainfall in the previous nine months may also have contributed to the extensive flooding, because soils were saturated and could not retain as much water.”

He points out that it is challenging to collate information on the impacts of extreme events in a very short period of time, and says more comprehensive assessments will follow in the coming months.

The Environment Agency, Natural Resources Wales, Scottish Environment Protection Agency and Northern Ireland Department for Infrastructure - Rivers have been continuing to manage the impacts of the flooding, and Dr Parry thanked these authorities for providing river flow data and feedback under difficult circumstances.

Our preliminary analysis is available at https://nrfa.ceh.ac.uk/sites/default/files/Briefing_Note_V6.pdf 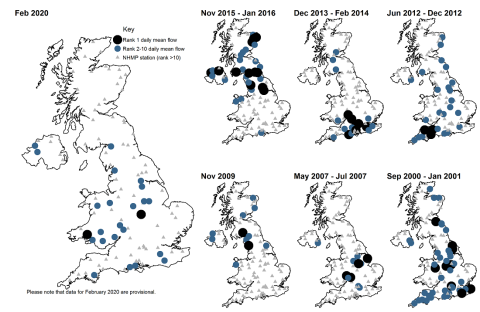 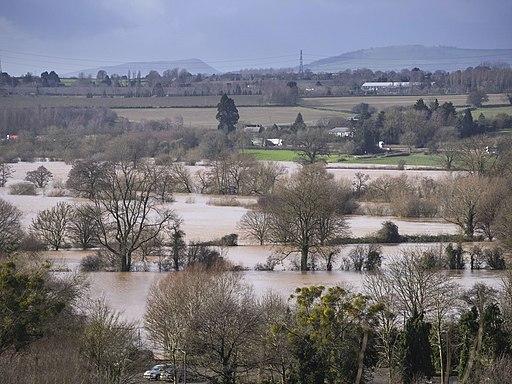