Sir Charles is Director of the Oxford Martin School and Professor of Population Biology at the University of Oxford. He is also a Fellow of the Royal Society.

Sir Charles has a research background in ecology, evolution and epidemiology, and has been active in providing science advice to the UK Government, most recently as Chair of Defra’s Science Advisory Council. He is interested in how the global food system can adapt to the challenges we are facing in the twenty-first century, feeding a growing population while protecting biodiversity and ecosystem services. His other areas of research include the control of mosquitoes that transmit malaria in Africa.

Sir Charles becomes a Non-executive Director of the UKCEH Board of Trustees. He will work with his fellow eight Trustee Directors and the UKCEH executive to shape the long-term strategy of the organisation, following its transition to a not-for-profit research institute in December 2019.

His leadership experience and the substantive role played in the strategic development of the research base in the UK and internationally will be invaluable in advising and guiding UKCEH research; both in advancing knowledge and providing solutions in response to the climate crisis and halting the decline in biodiversity.

Professor Mark Bailey, Executive Director of UKCEH, said: “We are very pleased to welcome Charles to the UKCEH Board of Trustees.  He is an exceptional scientist of international standing, bringing with him a unique insight into the challenges faced and the contribution environmental sciences make at a global scale.”

Sir Charles, added: “I’m delighted to join UKCEH’s Board – the organisation has a huge contribution to make in addressing critical national and international environmental challenges”.

For more on UKCEH’s Trustee Directors, see our governance webpage. 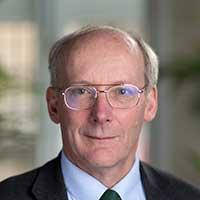