UK butterflies bounced back in 2018 following a string of poor years, thanks in part to last year’s heatwave summer, a study has revealed.

More than two thirds of UK butterfly species (39 of 57) were seen in higher numbers than in 2017, with two of the UK’s rarest, the Large Blue and Black Hairstreak, recording their best years since records began.

But despite the upturn, 2018 was still only an average year for the UK’s butterflies. Around two thirds of species (36 of 57) show an apparent decline since records began 43 years ago with 21 of these showing significant long-term declines, the annual UK Butterfly Monitoring Scheme (UKBMS) led by Butterfly Conservation, the Centre for Ecology & Hydrology (CEH), British Trust for Ornithology (BTO) and Joint Nature Conservation Committee (JNCC) revealed.

Numbers of the threatened Large Blue rose by 58 per cent from 2017 levels and the endangered Black Hairstreak was up by more than 900 per cent. Both species benefited from warm and sunny weather when they were flying in the early summer, while the cold spell in February and March may have also helped by improving survival of caterpillars and chrysalises.

Common white butterflies experienced a good year after a recent run of below-average seasons with Large White annual abundance up 118 per cent, the Small White rising by 155 per cent and the Green-veined White increasing by 63 per cent, again due to warm and sunny weather from April to the end of July.

The threatened Duke of Burgundy was up 65 per cent. This butterfly has been the subject of intensive conservation efforts in recent years from Butterfly Conservation and partners, with some of the biggest annual increases seen at conservation sites. The butterfly’s population has stabilised over the last 10 years in the face of a significant long-term decline.

The hot spring and summer weather was not ideal for all species. Some grassland butterflies struggled, not helped by drought conditions drying out caterpillar food plants. The Gatekeeper dropped by 20 per cent from 2017 levels and the Small Skipper and Essex Skipper were down by 24per cent and 32 per cent respectively.

It was also a surprisingly poor year for some garden favourites. The Small Tortoiseshell fell by 38 per cent compared to the previous year and the Peacock was down 25 per cent, while the migratory Red Admiral slumped by 75 per cent after a good year in 2017.

Dr Marc Botham, Butterfly Ecologist at the Centre for Ecology & Hydrology, says: “The results show the positive impact that suitable weather conditions can have if there is suitable habitat in place for our butterflies to thrive.

“Thanks to ongoing habitat management, many of our threatened species can benefit from the good weather like that of summer 2018, but more still needs to be done to improve the condition of the wider countryside as a whole so other species can also take advantage. This can start in our own back gardens, by leaving areas unmown and planting native wildflower species, for example.”

Professor Tom Brereton, Associate Director of Monitoring at Butterfly Conservation, adds: “There were not as many butterflies around as we might have expected given the fabulous weather over much of the butterfly season and overall 2018 ranked as barely better than average. This and the fact that two thirds of butterflies show negative trends over the long-term, highlights the scale of the challenge we face in restoring their fortunes and creating a healthier environment.”

The UKBMS has run since 1976 and involves thousands of volunteers collecting data through the summer. Last year, a record 2,873 sites were monitored across the UK.

Members of the public who wish to take part in the butterfly monitoring scheme this summer, can find out more at http://www.ukbms.org/involved

UKBMS is organised and funded by Butterfly Conservation, the Centre for Ecology & Hydrology, the British Trust for Ornithology and the Joint Nature Conservation Committee. 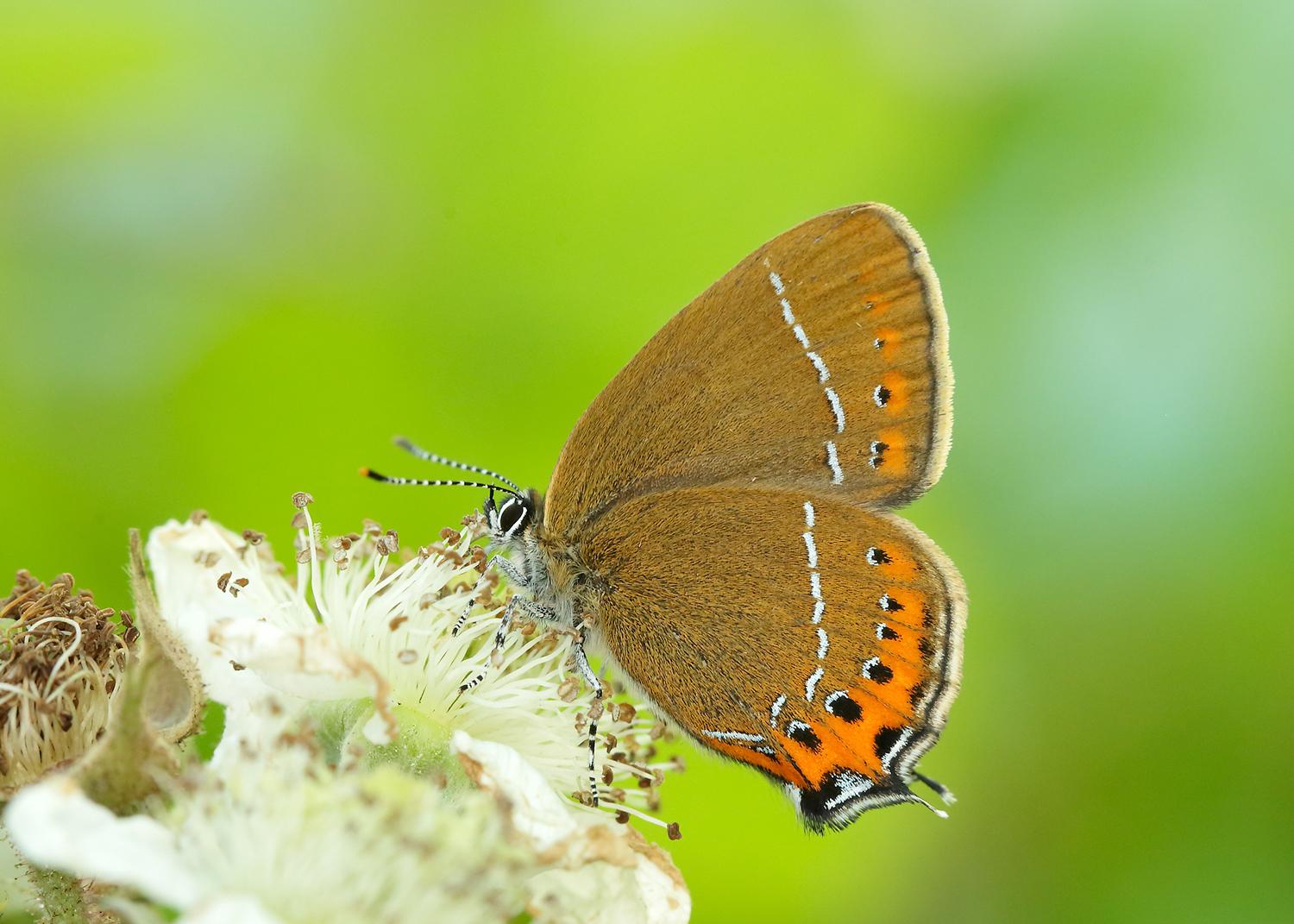