April 2018 Hydrological Summary for the UK

April 2018 felt like many seasons rolled into one month, encompassing freezing temperatures and snowfall, persistent wet weather and a settled spell with temperatures more typical of the summer. The rainfall pattern, above average for the UK as a whole, but below average in northern Scotland and parts of Northern Ireland, reinforced that of March. With a wet start to spring, river flows were notably high in much of England and Wales, and normal or above normal elsewhere.

There was a short, sharp spell of unseasonably high temperatures, including the warmest April day since 1949 (29.1°C at St. James' Park, London) and Soil Moisture Deficits (SMDs) began to develop, although soils remained wetter than average in England.

Substantial late groundwater recovery has offset the delayed start to the recharge season last winter and levels were in the normal range or higher, and exceptionally high for April in most aquifers in north-east and south-west England, although the risk of groundwater flooding is low. Summary author Cath Sefton said, "With the recharge season drawing to a close, and reservoir stocks close to average for the time of year, the water resources outlook for summer 2018 is healthy." 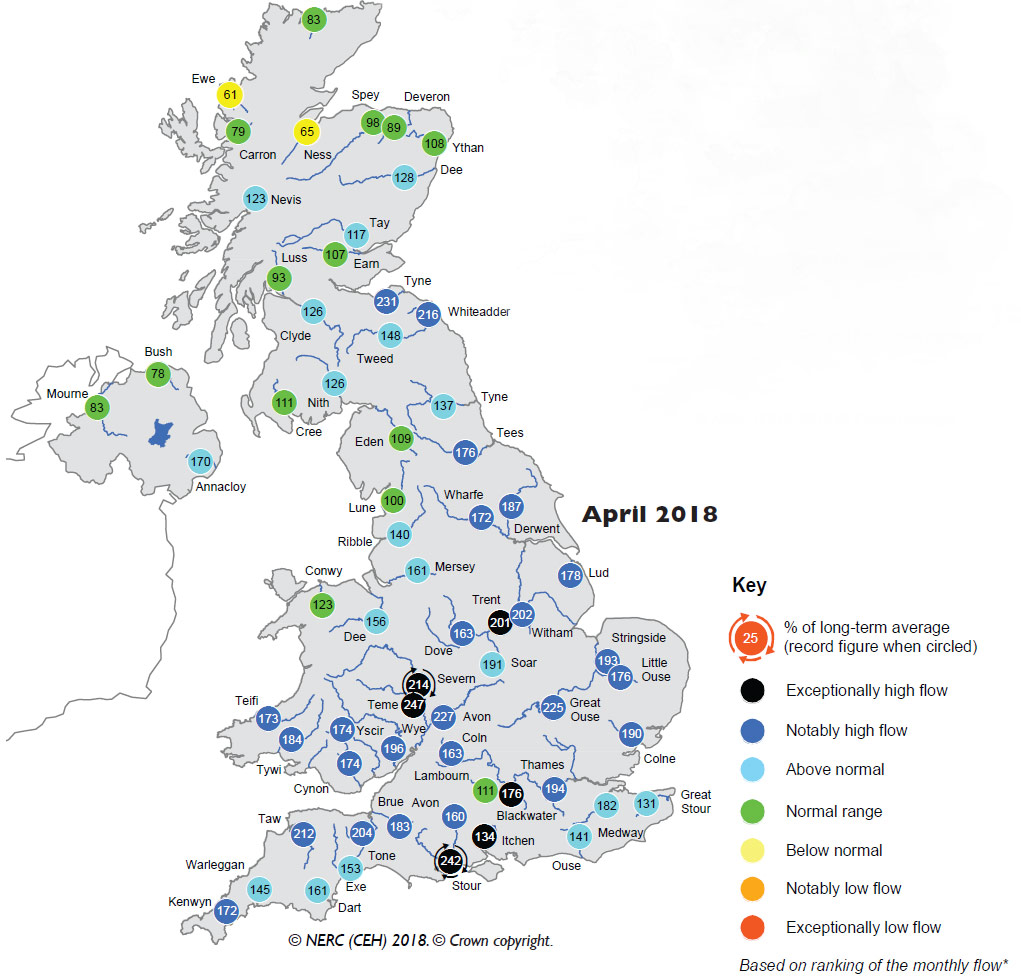 The monthly summary is a look back at hydrological events occurring in March 2018. Latest information on flood warnings is provided by the Environment Agency, Natural Resources Wales and Scottish Environment Protection Agency (flood warnings for Northern Ireland are not available).