The UK government's new Clean Air Strategy could be a turning point in cutting ammonia emissions, explains Professor Mark Sutton of the Centre for Ecology & Hydrology

This is the most significant document on controlling ammonia emissions that UK government has ever produced. It proposes a suite of regulations, permitting and financial support mechanisms, which, if adopted, would substantially reduce UK ammonia emissions with major expected benefits for both vulnerable ecosystems and human health.

For the past 25 years, it has often felt like ammonia was the forgotten pollutant, the Cinderella of UK air pollution policy. The 2019 Clean Air Strategy indicates that this is about to change, as the Department for Environment Food & Rural Affairs (Defra) now grasps the ammonia challenge.

Yet there is still much to do. In order for the ambition to survive parliamentary and wider debate, and to actually enter legislation, the Centre for Ecology & Hydrology (CEH) and other research organisations will need to continue providing underpinning scientific evidence to support the process.

The proposals for ammonia already draw strongly on the analyses provided by CEH and our partners in the UNECE Geneva Air Convention. As one of the co-chairs of the UNECE Task Force on Reactive Nitrogen, I am really pleased to see that the multi-actor consensus we have developed over the past 10 years on measures to reduce ammonia emissions is strongly reflected in the Clean Air Strategy.

Concerning low-emission technologies, the Number One method agreed by the UNECE Task Force on Reactive Nitrogen is low-emission manure spreading, which countries like the Netherlands, Belgium and Denmark have already shown to be central in reducing ammonia emissions. In the case of liquid manures or ‘slurry’ – a mixture of urine and animal faeces – this is likely to mean an effective prohibition of the old ‘splash plate’ method, where slurry is spread all over the field surface.

Instead of retaining this 1950s technology, the Clean Air Strategy will foster innovation through a range of more precise slurry spreading methods, as recommended by the UNECE. These typically apply slurry in narrow, evenly-spaced bands or inject it into the soil. Such low-emission methods will also be required for the liquid ‘digestate’ that remains after anaerobic digestion, where there is further potential to develop innovation in more ambitious nutrient recovery methods.

There is one caveat that should not be forgotten. As Environment Secretary Michael Gove recognises in his foreword to the Clean Air Strategy, “ammonia emissions from agriculture are also increasing”. This relates especially to increasing cattle population following the 2015 ending of EU milk quotas, to increasing urea fertilizer usage and to increasing poultry numbers.

The proposed commitment to require low-emission approaches for urea is therefore highly relevant, while Defra will also need to ensure that possible future increases in livestock numbers do not cancel out the benefits of adopting low-emission technologies. 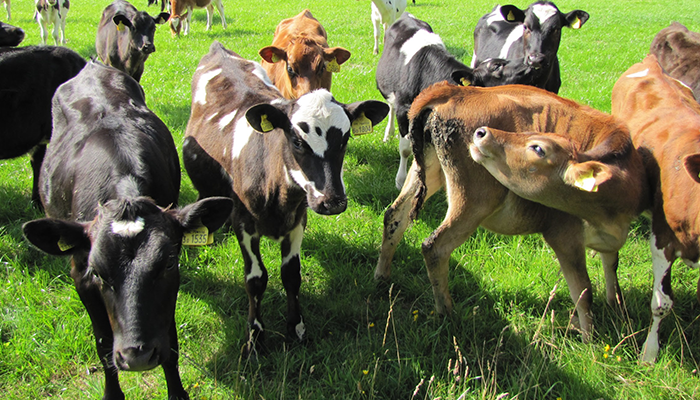