It is not only high culture and comedy at the Edinburgh Festivals. Science was a focus too and this year, UKCEH joined a range of groups on Leith Links last Saturday (14th Aug 2021) to highlight the publically funded research conducted at the local institute. UKCEH Research Associate, Stella White, explains more…

It was great to be taking our science out at a real and live event! We highlighted six projects that focused on long term environmental monitoring sites, using citizen science to report algal blooms and the impact of COVID on CO2 emissions in London. Three fun activities proved highly popular, enabling my colleagues and I (Jan Dick, Carole Helfter, Janice Scheffler, Galina Toteva and Beth Raine), to interact with over 200 adults and children.

A surprising number of adults played the interactive ‘Carbon game’ actually designed for children. The game simulates being a carbon atom flowing through the carbon cycle by rolling dice and moving between different carbon states e.g. vegetation, fossil fuels, rock, the atmosphere etc. Each state had text explaining how carbon arrived there and what it could potentially move on to become. Everyone had fun rolling the die and the game highlighted many learning points! One child noted, ‘I keep going back around in a cycle between the atmosphere and the ocean’, showing they had understood the cyclical nature of carbon movement. The learning was not restricted to just the children… a parent of a small child commented ‘so, the same carbon molecule can move around into and out of plants and animals for a long time.’

Time was the focus of the ‘intergenerational trend of CO2 concentration’ game.  Here partipcants placed a dot on a graph, read the ambient concentration of CO2 the year they were born and compared the CO2 concentration with their parent or grandparents’ birth year. A woman born in 1930 was the oldest person who played the game (310 ppm CO2) and the birth year of a 3-month-old puppy was the youngest ‘dot’ placed on the graph (over 400 ppm CO2). This activity helped the participants visualise the growth of atmospheric CO2 during their lifetime, and elicited many responses and questions. One couple with a young baby, for example, asked whether it was too late to stop global warming and wondered what world their child would grow up in. Another memorable question related to pollution swapping with respect to the introduction of electric vehicles: would potential land and aquatic pollution arising from the disposal of spent car batteries outweigh the benefits of powering the vehicles using renewable energy sources?

The final activity encouraged adults and children to read a selection of posters exemplifying UKCEH science. A quiz focused attention on the science conducted at UKCEH Edinburgh and within the UKRI-NERC funded UK-SCAPE program. Two final questions asked what partipcants had learnt from their day and what actions they may take in the future to reduce their climate impact. Over 40 responses were posted for the final question, offering 66 suggested actions. Nine major themes were identified including reducing the use of plastic, recycling and replacing the car with walking or cycling. One partipcants wrote ‘Continue to only reuse, refill and upcycle + recycle my clothes + most household items’. While another participant proudly announced ‘I got rid of my car last week!’.

The UKCEH team was pleased to see that 65% of respondents commented on something they had learned from the posters including three responses specifically commenting they had learnt about UKCEH for the first time, writing for example ‘I didn't know the Centre for Ecology & Hydrology was based near Edinburgh’.

Although tired after a busy day the team enjoyed themselves and were pleased they had contributed to the 2021 Edinburgh Climate Festival. What we learned is that the general public is eager to engage with scientists; such events provide an important medium for science communication not readily available to the public. 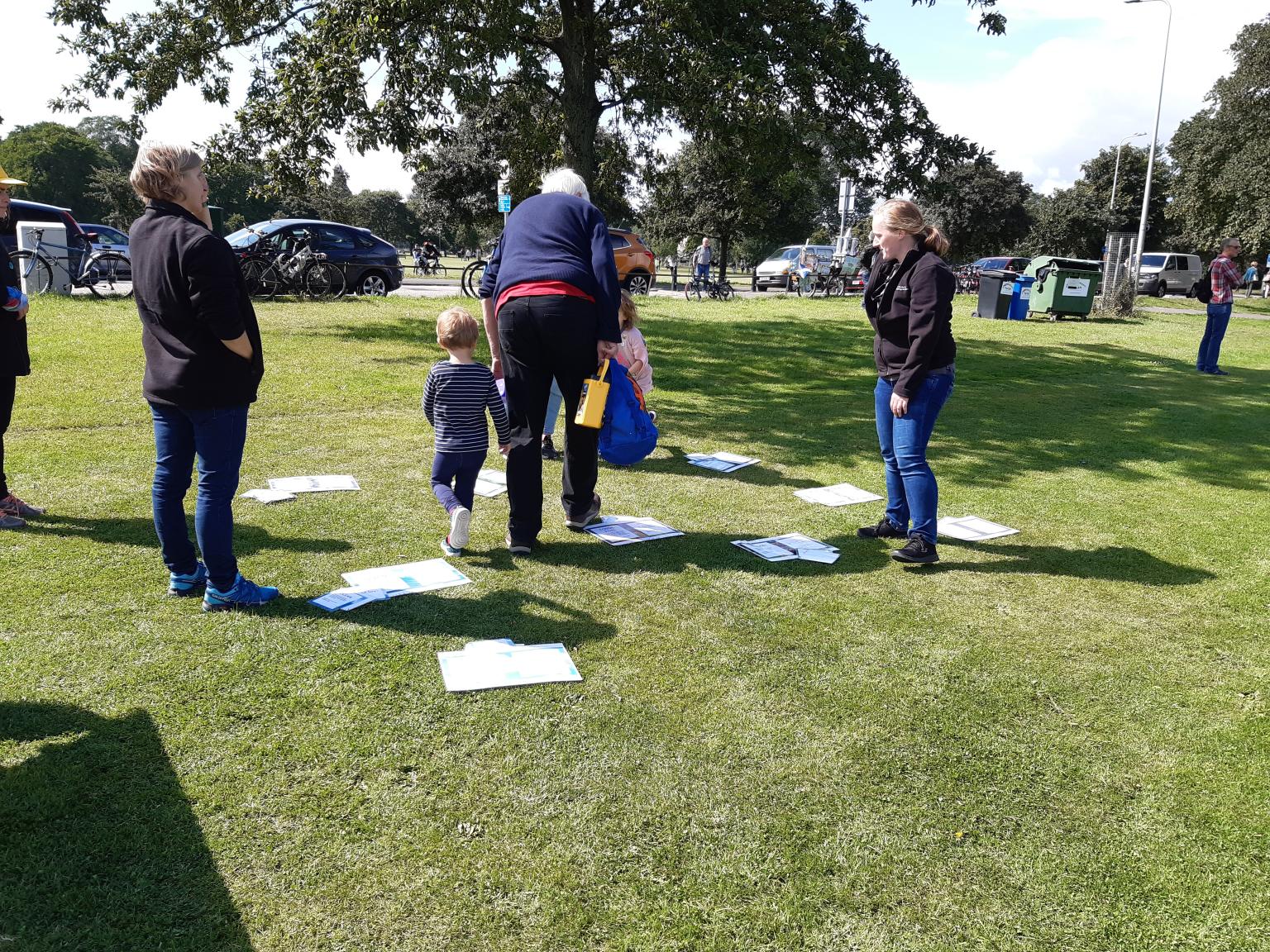 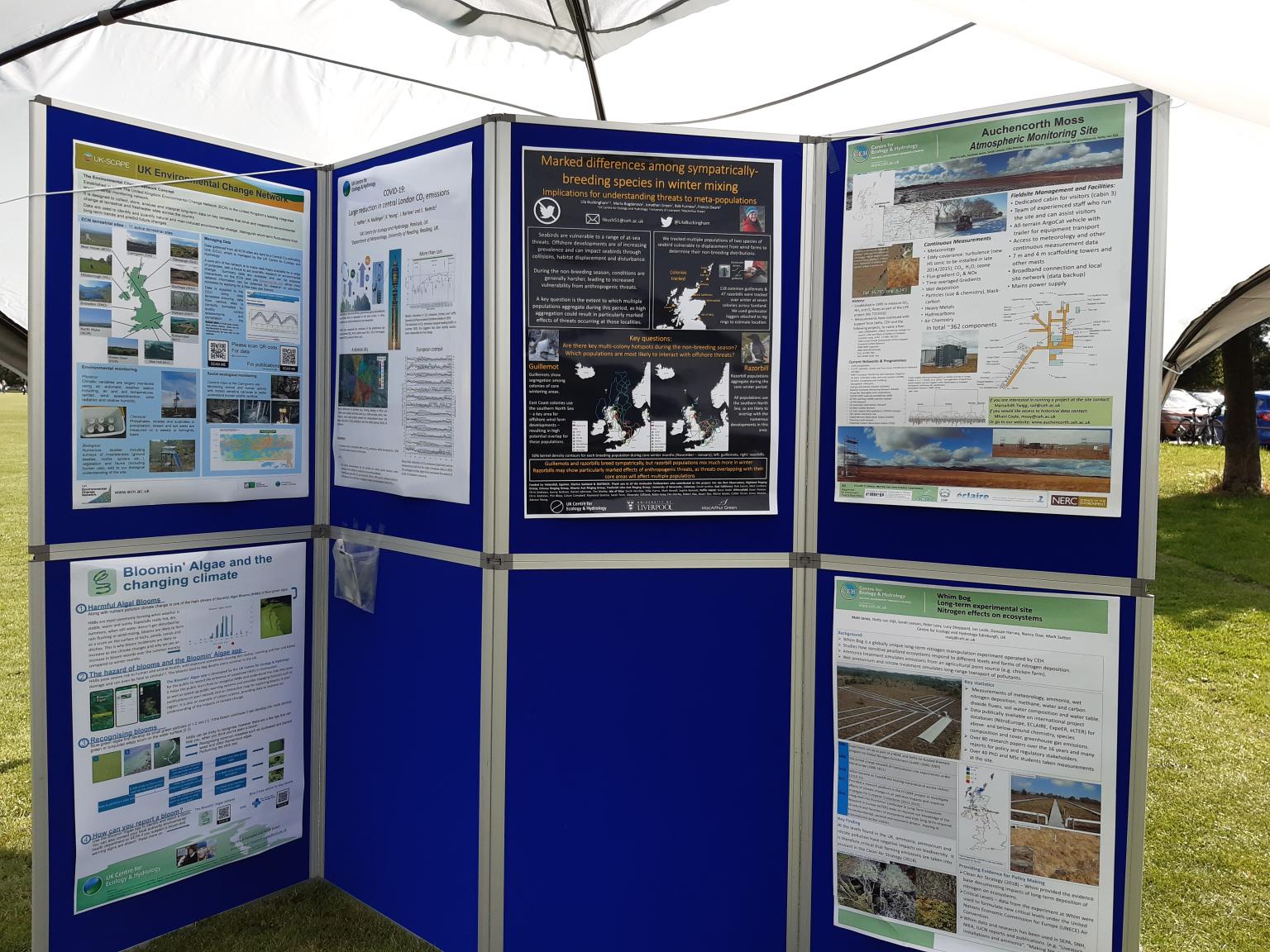