A new Atlas of the Centipedes of Britain and Ireland is published today, the result of many years of work by both amateur and professional recorders in the Centipede Recording Scheme under the auspices of the British Myriapod and Isopod Group.

The atlas was compiled by A D (Tony) Barber with help from the Biological Records Centre at the UK Centre for Ecology & Hydrology. But, as Tony tells us,

“This atlas involved many people and local record centres contributing large numbers of records and specimens over many years and, in that sense, at least, they are the real authors.”

Tony has been interested in centipedes for many years and was co-author with Andy Keay of the 1988 Provisional Atlas of the Centipedes of the British Isles. He also published an AIDGAP key to the group in 2008 and a Linnean Society Synopsis in 2009. In 2021, he was given a Marsh Award for Entomology for his contributions to the study of these animals.

There are around 50 species of centipede reliably recorded in Britain, all of which are included in the new publication with hectad (10x10km square) distribution maps. From its inception, the Centipede Recording Scheme (and those for millipedes and woodlice) made an effort to collect habitat details in addition to recording presence, and this information is also presented within the Atlas, along with general and historical comments.

Centipedes are widespread and common and are easily found in both spring and autumn. They occur in all sorts of habitats including strongly human-influenced ones (from rubbish tips to royal gardens!), as well as very rural ones; and have even been found up to 1,000 metres on Snowdon.

Each species has its particular habitat preferences, and five of the species in the British Isles occur exclusively on the seashore. The most isolated location recorded is probably the uninhabited island of Boreray, six kilometres off St Kilda.

Indeed, their preference for specific habitats means centipedes are likely to be useful indicators of climate change and, as certain species are found in either urban or rural sites, they are good indicators of past and present human activity too. 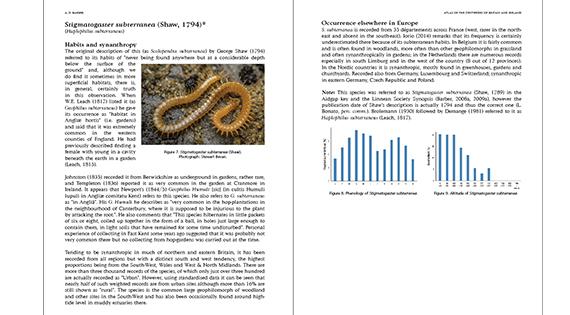 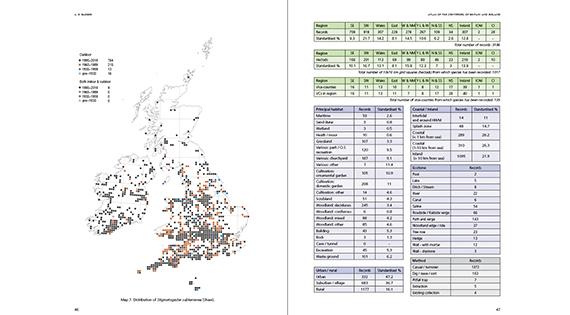 Despite their name, no centipede normally has a hundred legs. In fact, due to the way they develop, centipedes always have an odd number of pairs, with one pair to each leg-bearing segment. This means there could be an animal with 49 pairs (98 legs) or 51 pairs (102 legs) but not 50 pairs (100 legs). There is also a very much-modified leg-pair just behind the head forming the poison claws used to capture prey. The lowest number of leg pairs in an adult is 15 (30 legs) and, in British species, the highest is 101 (202 legs), but in some foreign centipedes there can be many more - up to 181 pairs: 362 legs!

Although there are older records of centipedes now known to be found in Britain, it seems that the first report where we have both a specific location and a habitat, is from Exeter, published by Edward Donovan in 1810. He describes, with an illustration, Scolopendra hortensis (Cryptops hortensis) found, in some abundance, in gardens (hence its name, hortensis). It is a common species and can still be found in the city today.

The greatest number of records are for the large, common, brown stone centipede Lithobius forficatus (pictured below) with more than 10,000 reports from more than 2,200 hectads.

Of particular interest is the banded or variegated centipede, Lithobius variegatus with nearly 7,800 records in Britain, Ireland and the Channel Islands, but which is apparently absent or rare in parts of eastern England and Scotland as well as most of Europe, apart from Brittany, Pyrenees-Atlantiques and northern Iberia.

Several species have just a small number of records, including one, Geophilus proximus, which is widespread in Scandinavia, but which in the British Isles is only known from one area on Unst, Shetland where it was first recorded, from a single specimen, in 1974 and rediscovered there in 2021. There are also several species found fairly commonly in mainland Britain, but which seem to be rare or absent in Ireland.

Strange distribution patterns across Europe exist for certain species, their presence in Britain possibly resulting from chance introductions, such as Stigmatogaster souletina (British record holder for number of legs!) recorded only from the Falmouth area, the Pyrenees and Iberia, and Eurygeophilus pinguis known from North Devon, West Cornwall, the Alps, Pyrenees and Picos de Europa.

Want to know more about these fascinating animals?

The atlas can be ordered via all good bookshops or purchased directly from the Field Studies Council.

The British Myriapod and Isopod Group is responsible for the recording schemes for centipedes, millipedes and terrestrial and littoral isopods in co-operation with UKCEH. Visit their website for photographs, details of publications (Bulletin, Newsletters) and other activities including annual and other field meetings. Validation of species identification is also possible through BMIG.

BARBER, A D, (2022) Atlas of the Centipedes of Britain and Ireland. Shrewsbury, Field Studies Council 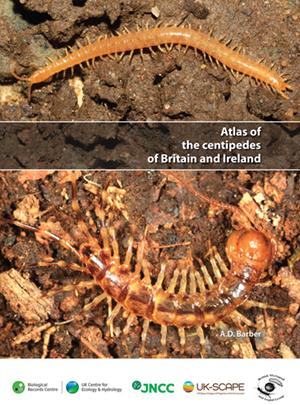 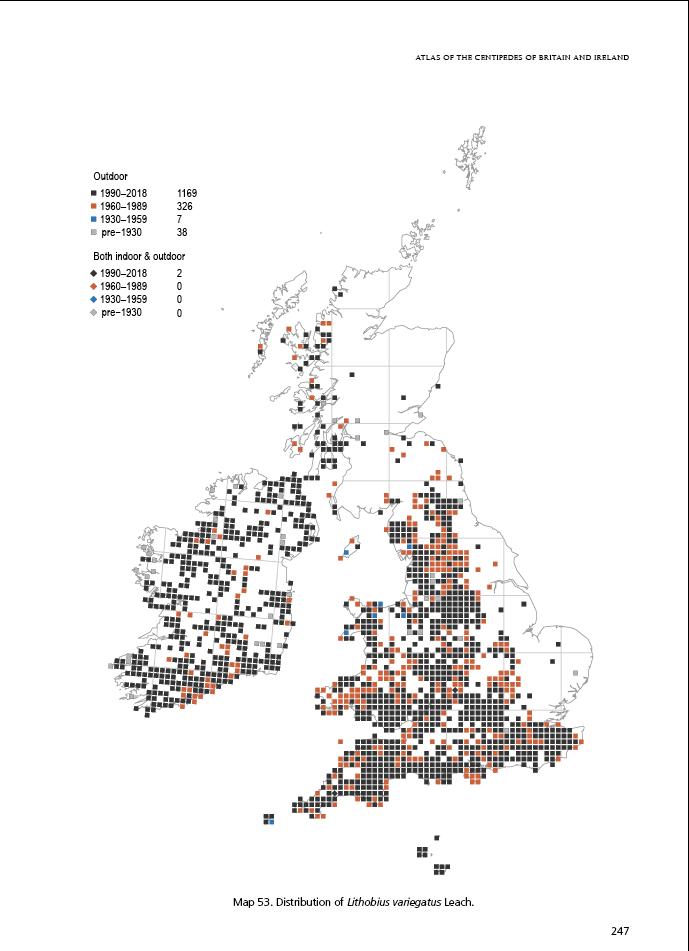