Since 2015, UKCEH studies of the impacts of non-native plants on Cyprus have collected more than 6,000 plant occurrence records for the island. These have now been published openly on the Global Biodiversity Information Facility (GBIF) for the benefit of ecological research and conservation on the island. Plant ecologist Dr Oli Pescott tells us more…

Along with several colleagues, I am lucky to have been researching the impacts of invasive non-native species, including plants, on Cyprus since 2015. This was initially through two “Short-Term Scientific Missions” funded through the EU COST program, and more recently through two Darwin Plus grants (DPLUS056 and DPLUS088).

A large part of the work with plant species has focused on the impacts of the invasive small tree, Port Jackson wattle (Acacia saligna), but we have also searched for new non-native species that could have important impacts on the island’s environment and economy in the future. For example, during a 2019 BioBlitz organised in collaboration with the Alien CSI COST Action, we made many new records of species, such as the shrubs Ngaio (Myoporum laetum) and Akeake (Dodonaea viscosa), that are potential future threats to local habitats with high native species diversity.

Other garden escapees detected for the first time during our project include the Small Cobra Lily (Chasmanthe aethiopica) and the White Freesia (Freesia leichtlinii ssp. alba), both plants that are considered to be invasive elsewhere in the Mediterranean.

Images: On the left is the invasive tree, the Port Jackson wattle (Acacia saligna). On the right is a view across the Akrotiri Peninsula.

While data do exist on the topic of non-native species in Cyprus, very little of this has made it into the public domain, and what data are available are often biased taxonomically and spatially, towards charismatic species or tourist hotspots, for example. We resolved early on in our project to release as much of our data as possible, as quickly as possible, to ensure that information on species and habitats was available to all. This was done in the hope that such open access would improve decision-making, both in conservation and in areas that impact on biodiversity, such as local development planning.

"We resolved early on in our project to release as much of our data as possible, as quickly as possible, to ensure that information on species and habitats was available to all." Dr Oli Pescott

This goal has been achieved through several routes. We have published datasets on the UKCEH Environmental Information Data Centre, and, most recently, the UKCEH Biological Records Centre has gained the ability to publish biodiversity data directly to the global biodiversity records website GBIF. This ensures that our species data are available to the largest audience possible, because our records will now automatically be included in any searches on that website that cover Cyprus, or for any of the specific species that we have recorded.

This also directly adds value to other parts of our wider project, Researching Invasive Species of Kýpros (RIS-Ký). One outcome of this work has been the creation of an interactive non-native species database called ‘CyDAS’, the Cyprus Database of Alien Species. The species accounts on this platform incorporate maps from GBIF, meaning that the 6,000 plus records we’ve collected over the last five years immediately complement this resource.

Compared to the usual science cycle of collecting data, publishing papers, and then finally releasing data many years later, we are proud that our records are immediately available and clearly highlighted to those concerned about the valuable biodiversity of Cyprus. Other open outputs of our work can be found on the resources page of our project website - watch out for more arriving soon!

This work has been carried out with the support of the Akrotiri Environmental Education Centre, and of the Joint Services Health Unit at RAF Akrotiri. 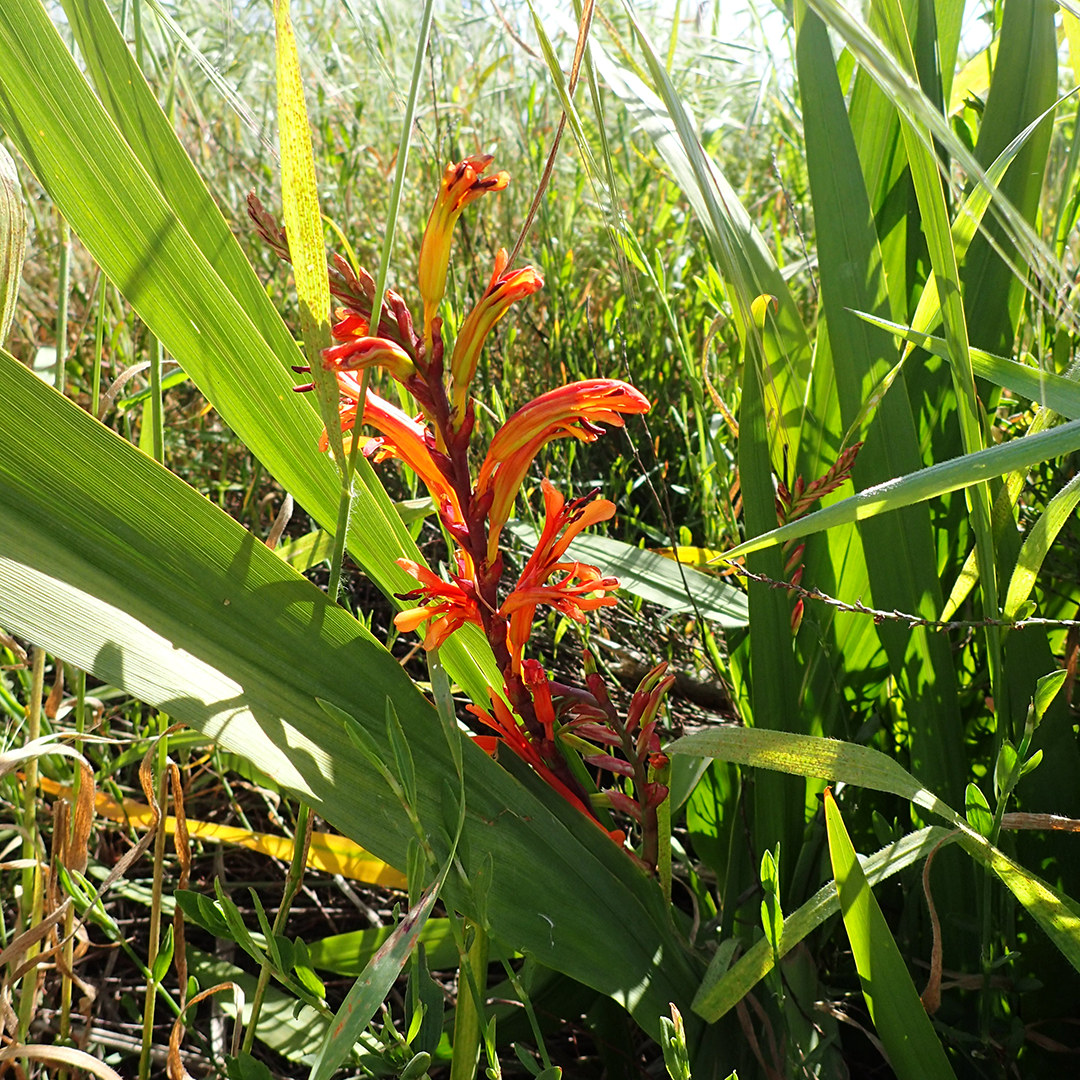 The Small Cobra Lily (Chasmanthe aethiopica), a garden escapee recorded in 2019. The plant is considered invasive in some Mediterranean countries.